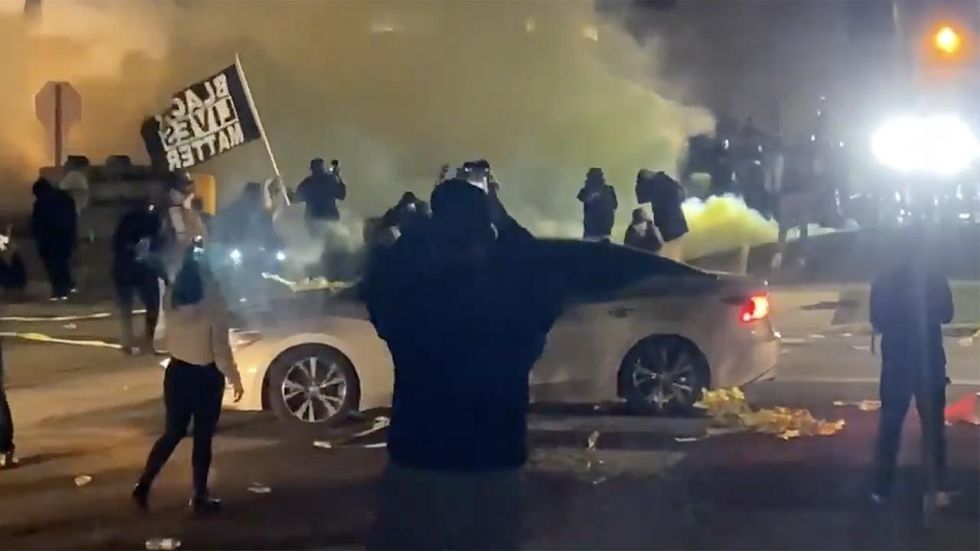 There was a police-involved shooting in Minneapolis of what is believed to be an unarmed man. Details are limited and social media is already descending into chaos. Here’s what we know so far.

– 20-year-old Daunte Wright was shot and killed at a traffic stop in Minneapolis. Wright was pulled over and asked to step out of his vehicle by police. After doing so, Wright reached into his car, which is when police fired their weapons, striking Wright. Wright was able to drive off, but crashed and was pronounced dead. His girlfriend was with him.

– Police issued a statement on the incident.

Officers determined that the driver of the vehicle had an outstanding warrant. At one point as officers were attempting to take the driver into custody, the driver re-entered the vehicle. One officer discharged their firearm, striking the driver. The vehicle traveled several blocks before striking another vehicle.

Brooklyn Center officers wear body cameras. We believe both body-worn cameras and dash cameras were activated during this incident.

– Wright’s mother says her son was pulled over because of an air freshener hanging on his rearview mirror.

Duante Wright’s mother spoke earlier in the night at the protest of her son’s killing saying how Duante was on his way to get a car wash and apparently was pulled over because there was air freshener in the rear view mirror. pic.twitter.com/7BWk9w5WQ2#DuanteWright
— Jerry Hicks (@JerryHicksUnite) April 12, 2021

– The National Guard was deployed once violent protests and looting started, and a curfew was put in place.

Several business owners on Lake Street in South Minneapolis are boarding up right now in response to riots & looting taking place in Minneapolis & Brooklyn Center tonight. Many businesses still have boards up from almost a year ago when George Floyd died. pic.twitter.com/KjbfARbDAc
— The Citizen Reporter (@TCReporter) April 12, 2021

This is what we know right now. Assuming both the body cams and dash cams were on and operating, that should give us a better picture of what happened that night. Also, if there was in fact a warrant out for Wright, finding out what the warrant was for. As always, it is helpful if people wait for facts to come in before reacting to an incident little is known about.

But judging from Twitter right now, it’s already too late for that.