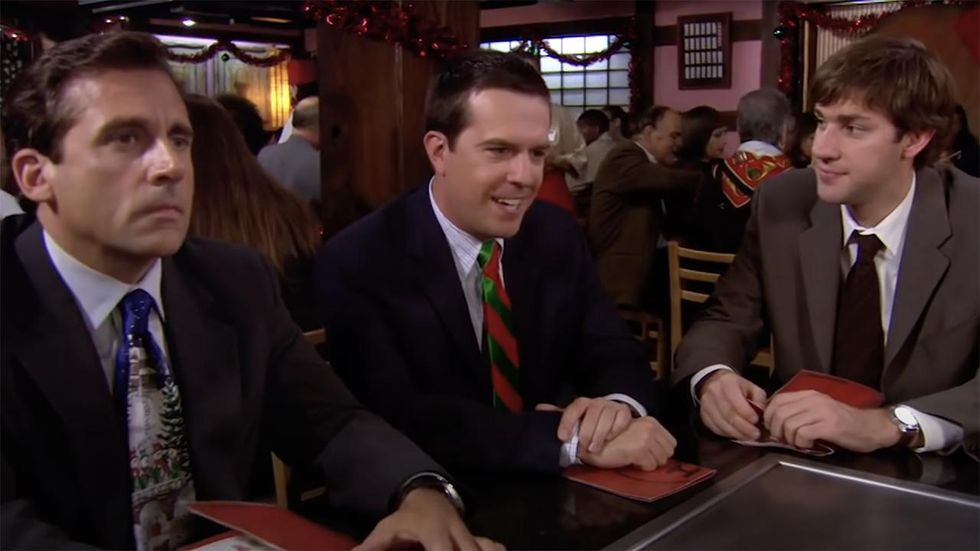 There are two groups of people in this world. The first group is people who loveThe Office and can waste hours going down the rabbit hole of Jim pranking Dwight montages. The second group is miserable people lacking a funny bone whom you never want to be around. If you’re in the first group, binge on The Office now. Because the show might not survive 2021 permaoffended sensitivities. Steve Carrell has already said you can never make the show today. More recently, an actress from one of the episodes is out criticizing the show’s anti-Asian stereotypes.

Lunch at Benihana – The Office US

One of the actresses in this scene, Kat Ahn, took to TikTok to say how problematic it all is now.

“The storyline with myself and the other Asian American actress is that we were the ‘uglier’ version of the actresses at the Benihana. Also that all Asian people look alike, we’re one big monolith, and we’re just one big walking stereotype without any personality or individuality. Which is problematic.”

Some context: Michael and Andy are both clueless jerks, so the people who “celebrate” those stereotypes are being portrayed as clueless jerks. Everyone knows Jim was the moral compass of the show, and he just wanted some lunch. But, whatever. It’s 2021.

The actress didn’t call for the episode to be removed. Yet. She actually followed up with an important point about creating your own content and having your own voice. But that’s not the headline People went with, and we’ve all seen this story before. Headlines read “actress calls out show.” Permaoffended woke jackwagons on Twitter follow suit, demanding the show be removed. All we need is one of the stars of the show to claim how “hurt” and “embarrassed” they feel now. The Peacock starts removing every episode the lawyers tell them to.

The problem is when people want to delete, removed, and eliminate art made when being a politically correct douche wasn’t a personality trait. If you don’t like it, don’t watch it. But don’t take it away from people who can still use their brains to laugh at classic television in movies for what they were.

I hope that this story doesn’t turn into an all-out attack on the show. But again, we’ve seen this episode before. And it’s not nearly as entertaining as The Office.


Why The Left Doesn’t Get NUANCE And Blames Objects! | Louder With Crowder