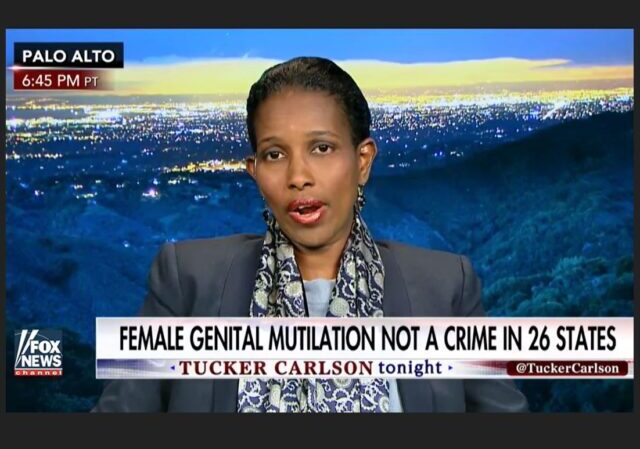 “the STOP FGM Act was passed by Congress, which will give federal law enforcement the ability to prosecute perpetrators of FGM”

Congress has moved to amend the existing law against female genital mutilation, making it easier for law enforcement and for prosecutors to pursue charges and win convictions.

The legislation called “the “Strengthening the Opposition to Female Genital Mutilation Act of 2020” or the “STOP FGM Act of 2020” is headed to President’s Trump’s desk to be signed into law.

The Stop Female Genital Mutilation Act was passed by the Senate with a unanimous vote and now heads to the Oval Office for the president to sign. This critical federal legislation offers protection to so many vulnerable women and girls in the decades to come.

Female genital mutilation is the cutting or removal of these body parts of women for nonmedical purposes. The practice has no health benefits but levies physical and psychological effects. The Centers for Disease Control and Prevention estimates that more than 510,000 women and girls in the country have had female genital mutilation or are at risk of it.

The bill clarifies a commercial nature of female genital mutilation so that Congress has authority to ban this horrific practice under the commerce clause of the Constitution. It provides for a strong penalty of 10 years for those who carry out this heinous procedure. It also mandates that female genital mutilation rates and risks must be monitored and reported on by federal agencies that can increase awareness and prevention.

I want to personally thank @JacksonLeeTX18 and @MarshaBlackburn for their leadership and commitment to ending FGM in the U.S. In an incredibly difficult year, the little girls in our country who are vulnerable to this painful practice were not forgotten.

Although FGM is already against the law in the United States, the “Strengthening the Opposition to Female Genital Mutilation Act of 2020” is meant to empower federal law enforcement to prosecute the crime.

“It shall not be a defense to a prosecution under this section that female genital mutilation is required as a matter of religion, custom, tradition, ritual, or standard practice,” the text of the bill said.

The House of Representatives passed its version of the bill on Sept. 21, 2020.

You can read the full text of the legislation here.