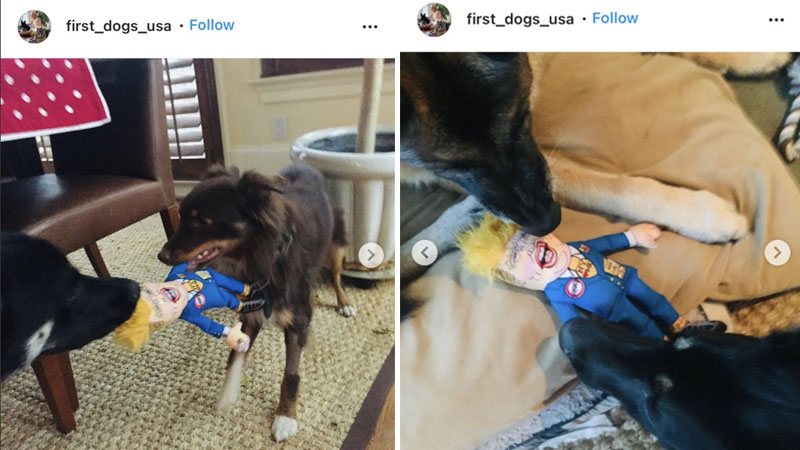 One of Joe Biden’s Instagram accounts posted a picture of his two dogs tearing up a President Trump doll on Saturday.

In another show of hypocrisy by Biden, the Instagram account for his dogs Major and Champ posted a picture of the pups playin tug-of-war with a Trump rag doll.

The anti-Trump post is notable considering Biden implored Trump supporters to embrace “unity and healing” after the mainstream media outlets coronated him as the president-elect last month.

“With the campaign over, it’s time to put the anger and the harsh rhetoric behind us and come together as a nation,” Biden had said. “It’s time for America to unite. And to heal.”

This can be catalogued with the other instances of Democrat “unity”, like when Michigan state representative Cynthia Johnson recently told fellow Democrats to make Trump supporters “pay” for exposing their fraud.

If this is unity and healing, what is their definition of division and violence?

Biden/Kamala declared joint “Person of the Year” — a tip that Kamala is real “President Elect” since Biden can’t even remember the person he wants to appoint or name of the agency.