In an exclusive email to Young America’s Foundation (YAF), an anonymous tipster said that the University of Kentucky’s residential assistant training session was broken up into two groups.

One group consisted of any RA that identifies as a “black, indigenous, person of color.” The second group was “one for RAs who identify as white.” 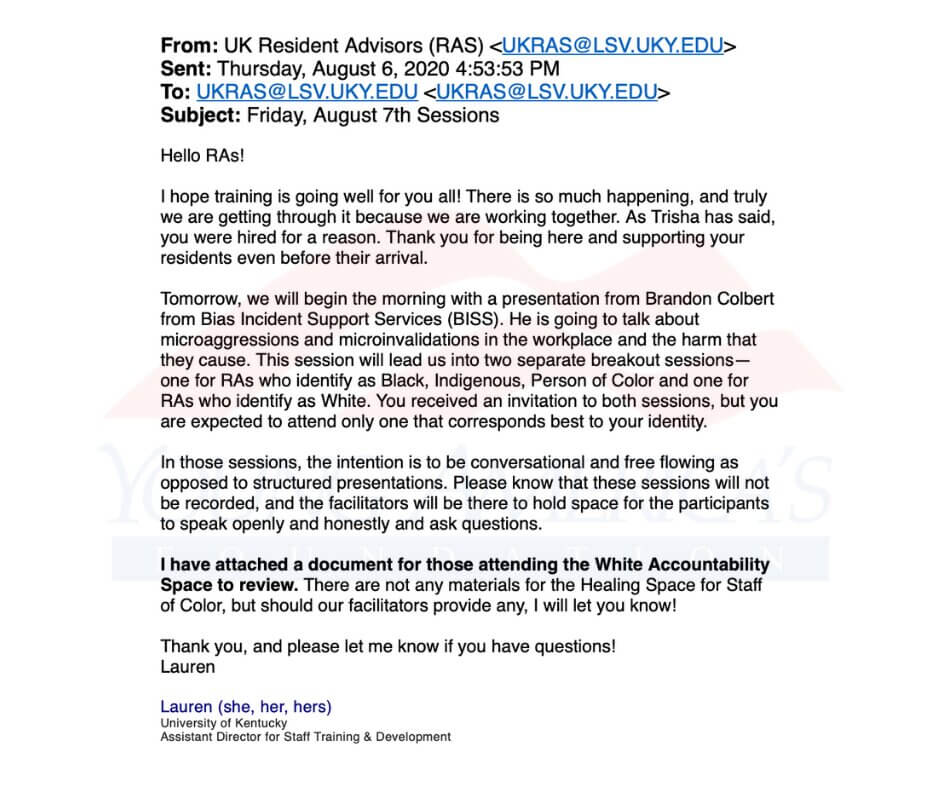 The email caused several red flags that should concern anyone, no matter their race. First, their “speaker” is the liberal hack, Brandon Colbert. He is responsible for labeling American institutions such as our national anthem, the flag, the Police, and Independence Day as racist.

.@BrandonJColbert, who led the initial RA training on “microaggressions and microinvalidations in the workplace,” is outspoken on Twitter, labeling the American Flag, National Anthem, and Independence day racist. pic.twitter.com/90bvkXxEEz

His new Twitter account is locked (probably to keep his racism behind closed doors), but his bio says he is a “Black. Husband. Believer. Social Justice Educator. Communication Student. Higher Ed Pro. ΑΦΑ.” This is the man they have chosen to teach the UK’s RA “microaggressions and microinvalidations in the workplace” training.

The ‘white’ RA’s were forced into training that made them recognize times in their life; they were the perpetrator of “microaggressions and microinvalidations.” The ‘white’ RA’s had to learn material ahead of their training called ‘White Accountability Space’ and very made to “display” the information, ‘common racist behaviors and attitudes of white people,’ given to them onto their computers. While the other group, made up of students that identify as a “black, indigenous, person of color,” were not given any work to read before their scheduled training. 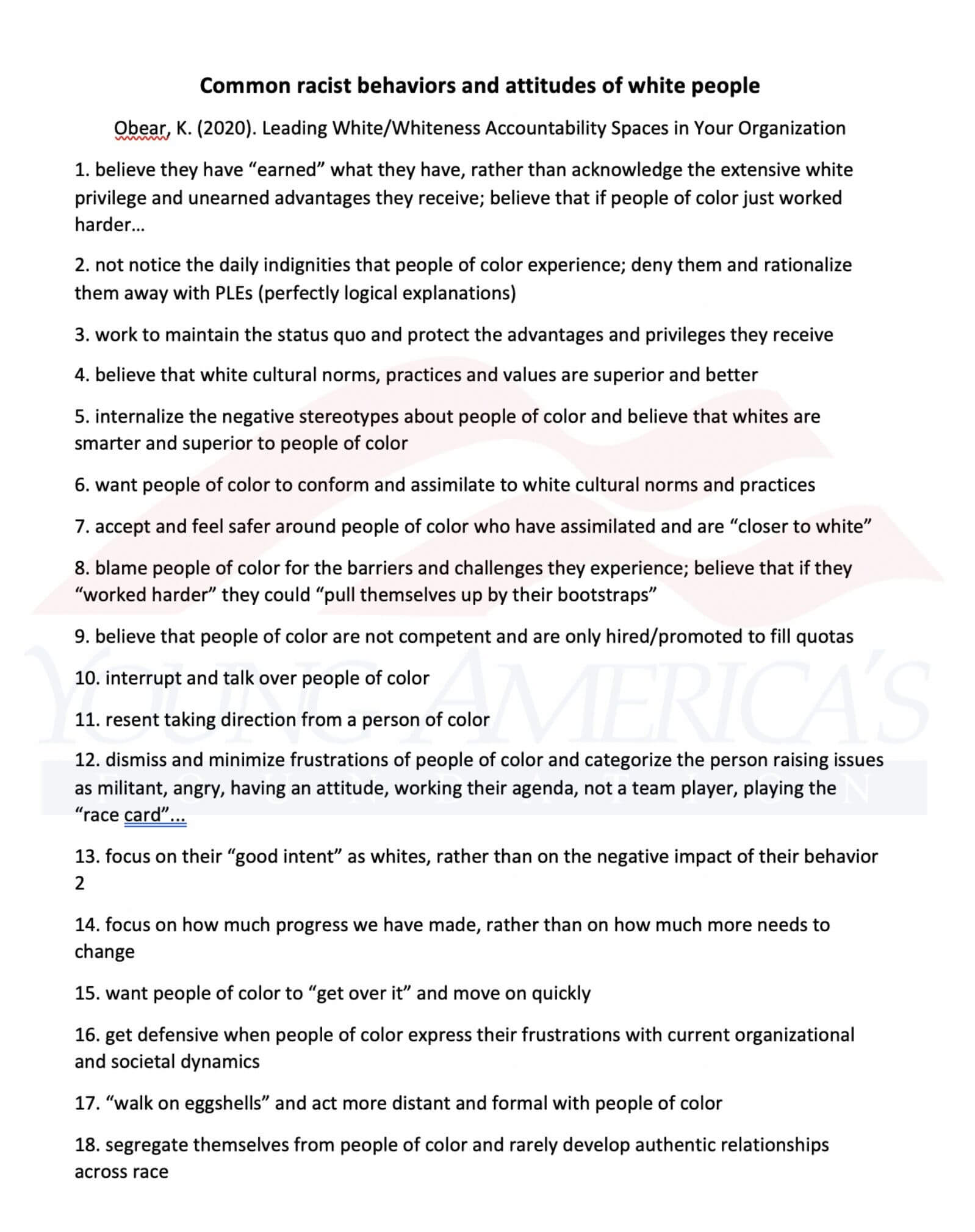 The racist behaviors included in the “attitudes of white people” training were:

These instances are racist for sure, but not in the way the author wants to show.

The American dream works for you, no matter your skin color, as long as you earn the dream. You don’t get the dream for free. Someone had to work to earn that dream.

The statement saying that it is racist to “feel safer around people of color who have assimilated and are ‘closer to white’” is conveniently forgetting that it is a natural reaction to gravitate towards others that think, feel, act, speak, or lived similarly. For example, two men, of any race, from America, moving to England for the first time are likely to gravitate toward one another because they remind each other of home.

They want the white RA’s to view themselves and other whites as evil people that even though some have ‘good intent,’ we must denounce their whiteness for others’ safety. In training about racism, there sure is a lot of racism.

The last point was really the icing on the proverbial cake.

Americans worked hard to develop healthy relationships between all races in the ’60s and ’70s. America did away with racist policies like “segregation.” Why are so many willingly bringing back into the norm of society? The thought that we all live in a society that values hard work and dedication is now racist.