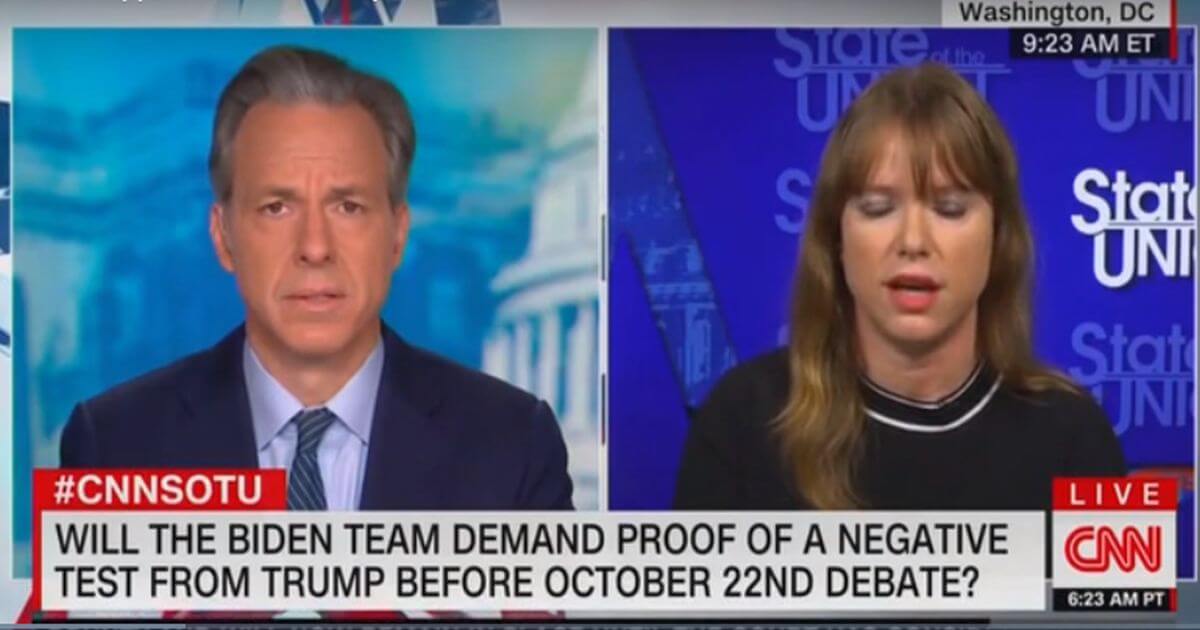 Not only is Judge Amy Coney Barrett qualified for her position on the Supreme Court, if she is confirmed, but it is well within the rules set forth by the Constitution to have her confirmed. At his last debate, Senator Graham stated that there is a historical precedent for confirming the judge before the election.

This isn’t stopping Joe Biden, Kamala Harris, and their campaign surrogates from claiming this is a completely partisan and unprecedented move by the President and the Republican-held Senate.

CNN’s Jake Tapper is not one we can normally count on to hold Democrats to task when they spout their lies and deception to the viewers that turn into their show. It would be as believable as Chris Wallace holding the Biden campaign to the same standard he holds Trump.

TRENDING: Pompeo Announces Major Update in Hillary Clinton Scandal: ‘We’ve Got the Emails’ and Will Release Before the Election

Regardless, in an interview with a Biden campaign staffer, Jake Tapper asks her, “how is it not constitutional what they’re doing” by confirming Judge Amy Coney Barrett in an election year? The staffer repeats the tired campaign message that we are only “23 days” away from the election with “millions of ballots already cast” and that this is negating the 2020 election.

She doesn’t understand that Jake Tapper asked her a completely different question to the one she answered. He didn’t ask her why their feelings were hurt that President Trump can legally nominate judge Amy Coney Barrett, and the Senate can legally confirm her. He asked how this was unconstitutional.

The Biden campaign has little substance or credibility. They plagiarized their climate change policy from the disastrous ‘Green New Deal,’ and they also stole their COVID response from the President’s Commission on COVID.

Not only is Jake Tapper repeatedly telling her she is wrong, but he is doing it forcefully. The Biden campaign has lied so much that even the Democrats get tired of covering for them.