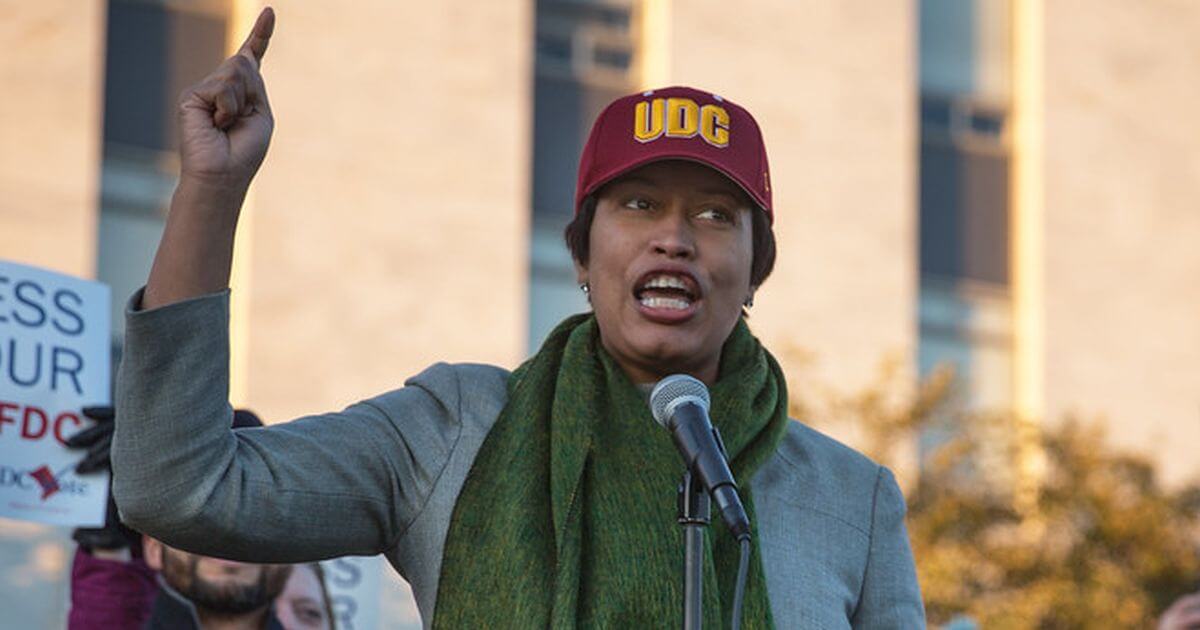 On Friday a federal judge ruled that D.C. Mayor Muriel Bowser decision to ban outdoor services for members of Capitol Hill Baptist Church violates the fundamental right of all Americans to worship as they please.

The judge further ruled that the District of Columbia cannot treat churches and other religious institutions differently from other entities or events when formulating covid-19 restrictions.

“Yesterday, in the heart of our nation’s capital, Washington, D.C., a federal district court ruled that the fundamental right of all Americans to worship endures during our COVID-19 response,” said Assistant Attorney General Eric Dreiband of the Civil Rights Division.

“Last night’s decision is a victory for religious liberty and the rule of law. In an overwhelming vote, Congress passed the Religious Freedom Restoration Act in order to guarantee our nation’s first freedom is always upheld. The Department of Justice is grateful the court ruled preliminarily with this in mind and is grateful that members of Capitol Hill Baptist Church will be able to worship together on Sunday.”

On Oct. 2, 2020, the Justice Department filed a statement of interest in federal district court in Washington D.C., arguing that the Religious Freedom Restoration Act (RFRA) — a 1993 federal law signed by President Clinton — and the First Amendment to the U.S. Constitution made the District of Columbia’s restrictions on Capitol Hill Baptist church illegal.

On Oct. 9, 2020, the federal court — after hearing oral argument and “review[ing] the statement of interest submitted by the United States” — granted a preliminary injunction motion. In issuing its injunction, the court held that Capitol Hill Baptist “Church has shown that it is likely to succeed in proving that the District’s actions impose a substantial burden on its exercise of religion. For its part, the District has not shown that it is likely to prove a compelling interest in prohibiting the Church from holding outdoor worship services with appropriate precautions, or that its restrictions are the least restrictive means available to achieve its public health objectives.”

The Justice Department’s statement of interest was filed in Capitol Hill Baptist Church v. Bowser, a case challenging the District of Columbia’s refusal to allow outdoor worship because of the city’s COVID-19 restrictions.

The suit challenges the permit denial under the Free Speech and Free Exercise Clause of the First Amendment, and the Religious Freedom Restoration Act (RFRA).

The suit alleges that while places of worship are limited to 100 people at outdoor worship services, these limits do not apply to, among other things, outdoor protests and rallies accommodating thousands.

The statement of interest is part of Attorney General William P. Barr’s initiative, announced April 27, directing Assistant Attorney General for Civil Rights, Eric Dreiband, and the U.S. Attorney for the Eastern District of Michigan, Matthew Schneider, to review governmental policies around the country to ensure that civil liberties are protected during the COVID-19 pandemic.

Capitol Hill Baptist Church is a church of more than 850 members with a strong religious conviction that it should meet in person as a complete body for worship each Sunday.

It therefore sought a permit to hold worship outdoors in excess of the 100-person limit, which the city denied.

The United States’ statement of interest explained that there is no constitutional or statutory basis for allowing protests and rallies attended by thousands of people, while at the same time silencing religious worship.

The brief also explained that the District of Columbia bears a high burden of proof to justify its actions under the First Amendment and RFRA because its actions impose a “substantial burden” on religious exercise, as the church has shown here.

Though seeking to prohibit the Church’s socially-distanced outdoor worship, the District of Columbia nonetheless denied that the protests it had encouraged this past summer caused infection.

The Court observed: “In fact, the District’s brief explains that the protests did not trigger any spike in COVID-19 ‘outbreaks,’ undermining the notion that large gatherings are always exceptionally dangerous.”

While this ruling only directly impacts Capitol Hill Baptist Church in Washington D.C. it is sure to apply to other churches and religious institutions in the district and ultimately across this vast country of ours.