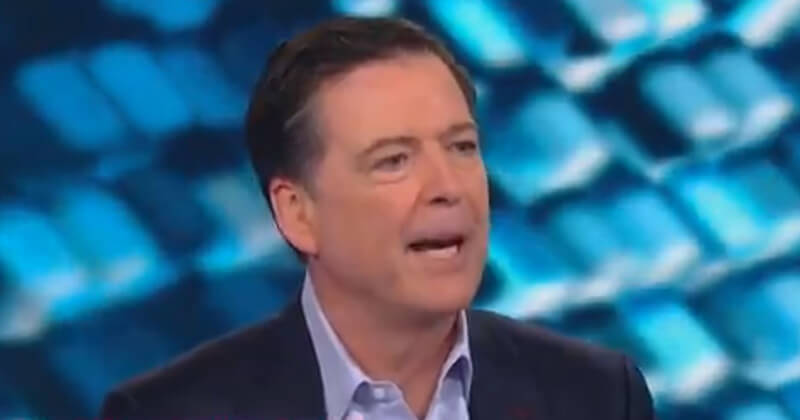 As every passing day brings the 2020 election closer, news keeps coming about the 2016 campaign.

And it keeps getting worse for President Donald Trump’s opponents — then and now.

In the latest revelation, The Washington Times reported Sunday that it had obtained a three-page, highly classified memo from September 2016 in which the CIA informed then-FBI Director James Comey that the Hillary Clinton campaign was planning to blame “collusion” between the Trump campaign and the Russian government for the release of embarrassing emails.

Thanks to a release of previously classified documents by Director of National Intelligence John Ratcliffe, Americans had already learned that then-President Barack Obama had been informed by then-CIA Director John Brennan of the Clinton plan.

However, the memo reported by the Times is an apparently explicit warning — in writing — from the CIA to the FBI of what the Clinton campaign was up to. The Times headlined its report: “How CIA tried to wave FBI off Trump-Russia conspiracy as it pointed the finger at Hillary Clinton.”

The fact that it came only weeks after the FBI had opened up the infamous “Crossfire Hurricane” investigation into alleged “collusion” between the Trump campaign and Russia should have set up red flags in the bureau that maybe it was being played for political purposes.

And it raises the possibility that an honest investigation will reveal proof that the FBI under Comey, with the enthusiastic participation of agents like the disgraced Peter Strzok, was all too willing to play along.

Considering Democratic nominee Joe Biden was the vice president at the time all this was going on, American voters have every right to know whether he was involved in the effort to kneecap Trump candidacy — which in turn plagued the Trump presidency.

On Tuesday, when Ratcliffe announced the declassification, Trump campaign spokesman Tim Murtagh said Americans deserve to know the truth of what transpired.

“It is imperative that the American people now learn what then-Vice President Joe Biden knew about this conspiracy and when he knew it,” Murtagh said in a statement.

“What did Biden know about Clinton’s plan to use the Russia Hoax to try to smear her political opponent? Did Biden condone the plan? Did he express any misgivings about it or remain silent? Biden must give a full accounting of his knowledge and his conversations about Clinton’s scheme, which was known to the highest reaches of his administration.”

Those are all legitimate questions to ask, of course, which means they won’t be asked at all by a bootlicking mainstream media focused entirely on removing the Trump administration from power in favor of a candidate who can’t seem to keep straight what state he’s in.

The same reporters who breathlessly pursued every ludicrous angle of the “Russia collusion” hoax – and were awarded with fame, recognition and Pulitzer Prizes for the effort –- has no incentive to report stories that prove it was all a sham.

The mainstream media that assured the country for two years that former special counsel Robert Mueller’s investigation would finally nail the Trump presidency has no interest in letting the American public know that the Mueller investigation itself was predicated on a plot concocted by the Hillary Clinton campaign to remove attention from itself.

According to The Washington Times, the CIA memo informed the FBI that it was intended “for the exclusive use of your bureau for background, investigative action or lead purposes, as appropriate.”

Clearly, what the FBI considered an “appropriate” use of the information was to continue its investigation of the Trump campaign into the Trump presidency, to deceive special courts set up to oversee the surveillance of American citizens, and do its best to hinder the peaceful transition of power by establishing itself as arm of the #Resistance to the Trump presidency from within the administration itself.

As Murtagh put it last week: “What did Biden know about Clinton’s plan to use the Russia Hoax to try to smear her political opponent? Did Biden condone the plan?”

Biden won’t even talk about whether he approves of a radical Democratic push to pack the Supreme Court by expanding it to include liberal justices if he somehow wins the presidency in November’s election. It’s doubtful he’ll come clean on how much he knew about Hillary Clinton’s attempt to subvert the constitutional order any time soon.

But there’s no doubt at all that the revelations coming out about the role of James Comey’s FBI in the 2016 election and the Trump presidency are making Trump’s opponents — then and now — look worse every day.