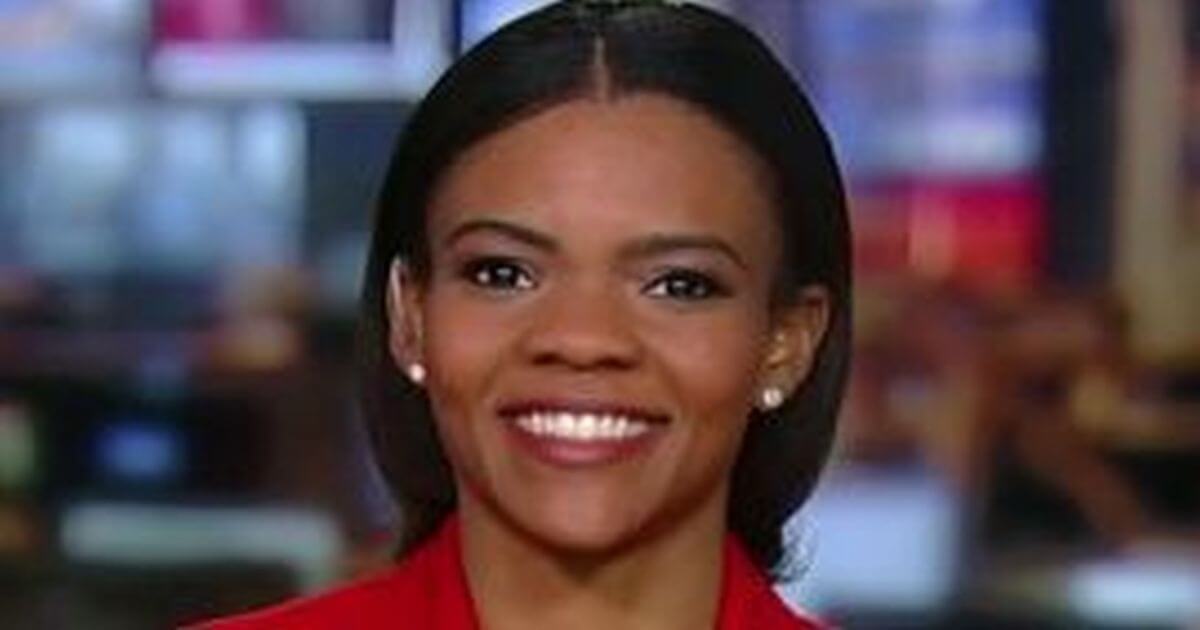 Candace Owens, one of the founders of the conservative movement ‘Blexit,’ reportedly had a very successful event supporting the police and President Trump yesterday. The event was only supposed to have around 400 people attend but soon grew to around 2,000 attendees.

Owens took to her Instagram offering to covering travel expenses for those that wanted to make it to the event but couldn’t afford it. The post read:

“LIBERALS ARE BORING ME WITH THIS RACISM NARRATIVE

Time to do a BLEXIT event. If you are a minority in America and you are actually bored with the fake blm narrative and the fake white supremacy narrative, we have just decided that we are going to host a massive demonstration against the media narrative. Event will be led by me with appearances from @theofficertatumand @larryeldershow and a surprise guest that I’m not at liberty to tell you about.

For more details message @thepierrewilson or email him at [email protected]

We are giving away a limited amount of travel stipends to those that really them.

The guest that she was “not at liberty to tell you about” turned out to be the President of the United States, Donald Trump. The peaceful group walked to the White House to support President Trump and the police that protect our neighborhoods while being demonized by the left.

In a tweet, Candace Owens said that this event proves that “Black and Latino Americans do not support the Marxist, anti-police rhetoric that has become fashionable in the media.”

White elitists in their ivory towers spent the summer preaching to struggling minority communities about the desperate need to ‘defund the police.’ They said this is the best thing for minorities.

But the ‘Blexit’ event saw “thousands” of black and Latino Americans descend “upon Washington D.C. to ‘Back the Blue.’” Candace ended her tweet, saying that “Minorities do not belong to the Left.”

Black and Latinos Americans do not support the Marxist, anti-police rhetoric that has become fashionable in the media.

Today, thousands of us have descended upon Washington D.C to #BackTheBlue.

Minorities do not belong to the Left. #BLEXIT @BLEXIT pic.twitter.com/vBVZANr7jQ

This is what an *actual* peaceful protest staged by thousands of minorities looks like.

Over a year ago, I announced my book and Democrats laughed.

Over a year ago, I announced #BLEXIT and Democrats laughed.

Update: I’ve been on the New York Times best-seller list for the last 3 weeks and today— 2,029 minorities marched through D.C demanding a BLEXIT. #Winning pic.twitter.com/YYem8X7it2

When the ‘Blexit’ march made their way to the White House, President Trump met them on the balcony and delivered a short 17-minute speech.

Trump enters onto the balcony, and the loud and charismatic crowd chants, “USA. USA. USA.” Trump tells the crowd to please, “keep that enthusiasm going and get out and vote!” Trump says that he is “feeling great” after spending last weekend at Walter Reed recovering from a positive COVID diagnosis.

Trump told the cheering crowd that he will start “very, very big” with campaigning now he is recovered. He said that it is important to campaign big to stop America from becoming “a socialist country.” Trump says that although they are major “flare-ups” in Europe that Trump and America are going to “defeat the China-virus.”

The crowd really connects with Trump when he speaks about the violence from the left. He acknowledges what major politicians and media on the left have yet to acknowledge and that these violent riots are destroying minority neighbors at an alarming rate.

Black Americans do not want rich white liberals to tell them they shouldn’t have the police protecting their neighborhoods. At the same time, the left enjoys the luxury of a fully-funded police department along with their private security. Americans of all races are waking up to the scary ideology coming from the left due to their inability to be authentic in their purpose.

The left treats minorities as talking points and guaranteed voters, instead of individuals with different interests and desires. Due to the left ignoring the individual, they are losing the community.

The left hates this narrative, so they accuse Candace Owens and President Trump of paying for the supporters to be there. They want the narrative to be that black Americans wouldn’t be there if they weren’t paid when the reality is that Candace Owens offering travel vouchers and people accepting shows the real demand for conservative content and support within the black and Latino communities.