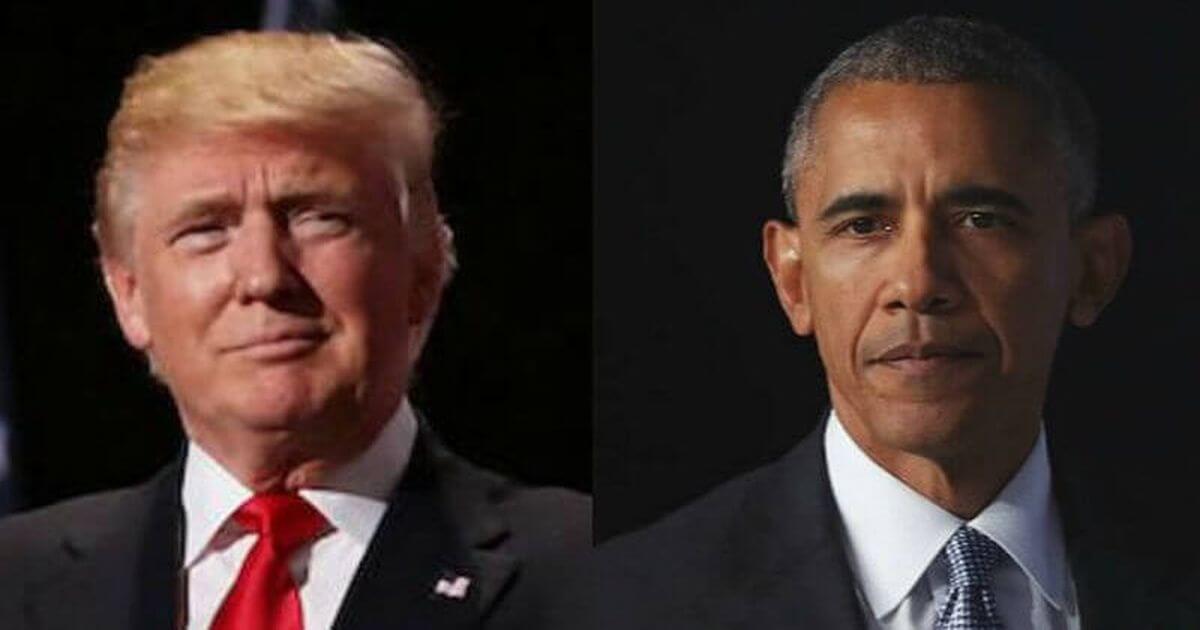 President Donald Trump consistently polls better than former Vice President Joe Biden on the issue of handling the economy, and there is a good reason why.

Under the Trump administration (pre-COVID-19), the country enjoyed its lowest unemployment rate in 50 years and the lowest ever recorded for African-Americans and Hispanic Americans.

Another interesting statistic is that the unemployment rate stood higher at the end of Barack Obama’s first term than it currently stands now, COVID and all.

After Obama took office in January 2009, the unemployment rate would peak at 10 percent in October of that year as the country began to emerge sluggishly from the Great Recession.

At the end of four years, the rate had dropped just 2 percentage points to 8 percent in January 2013.

It was the slowest economic recovery from a recession since before World War II, a point even CNN conceded in 2016.

The ingredients of the lackluster recovery, which are currently being touted by Obama’s former No. 2, Biden, were raising taxes and regulations on businesses and the “wealthy.”

The Obama/Biden administration also targeted the oil and coal industries, seeking to put the latter completely out of business.

During the final year of Obama’s second term, the economy grew a paltry 1.6 percent.

Do you think people will vote based on the economy next month?

The first year after the tax cuts were implemented, economic growth shot up to 2.9 percent in 2018. It fell back in 2019 to 2.3 percent, which can be attributed, at least in part, to tough trade stands Trump took against China that led to a deal.

Of course, then came the COVID-19 lockdowns in March of this year.

Unemployment peaked at 14.7 percent in April, the highest rate since the Great Depression.

CNBC reported that the May rate was expected to hit nearly 20 percent, but that never happened. Instead, 2.5 million jobs were added, shocking the experts, and the unemployment rate dropped to 13.3 percent.

The number of employed then surged by 4.8 million in June.

A record 10.6 million jobs were added from April through August, when the unemployment rate dropped to 8.4 percent.

In four months, Trump was able to lower the unemployment rate more than Obama did in four years: 13.3 percent in May to 7.9 percent in September versus a high of 10 percent in 2009 to 8 percent in 2013.

That’s what you call a “V” shaped recovery.

The reason is that the fundamentals of the economy were sound, grounded in solid pro-economic growth policies.

It should not be surprising that 56 percent of respondents to a newly released Gallup poll reported being better off now than they were four years ago under Obama/Biden.

NEWS: @Gallup’s most recent survey found a clear majority of registered voters (56%) saying they are better off now (under President @realDonaldTrump’s Administration) than they were four years ago, while 32% said they are worse off. pic.twitter.com/XPoZSRfBBu

That is the highest percentage the polling organization ever registered during a re-election year going back to Ronald Reagan in 1984.

The choice for Americans is clear this election season.

If you want economic growth and jobs, choose Trump over Biden.