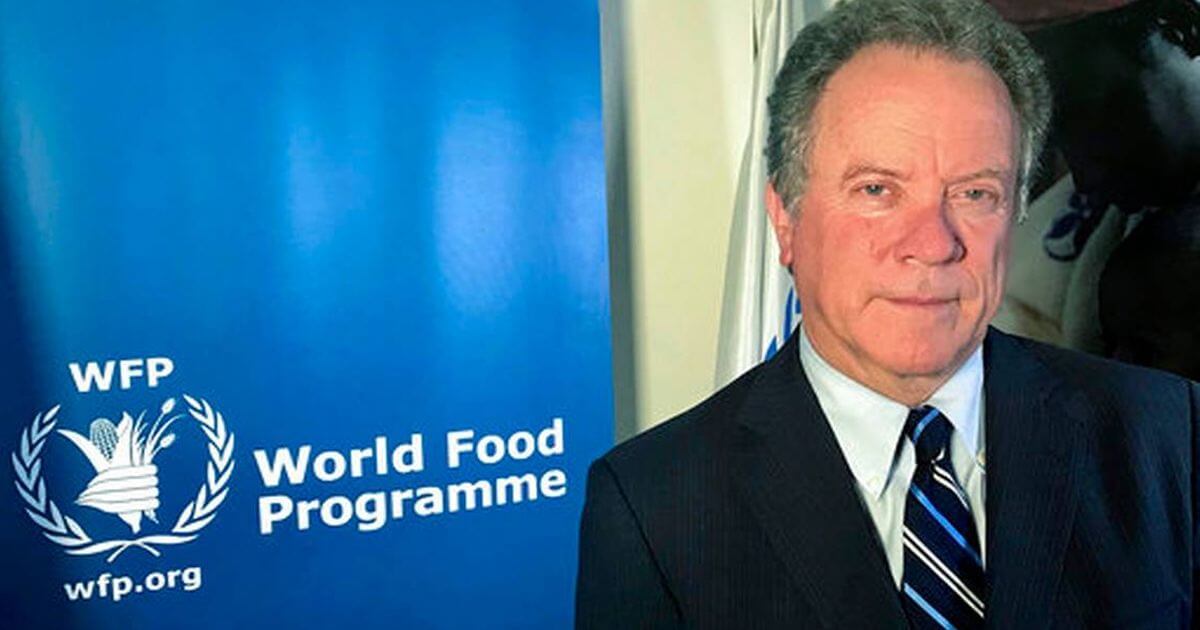 The World Food Program, led by Trump supporter David Beasley, has been awarded the Nobel Peace Prize for its work addressing hunger in underdeveloped nations.

The agency, which works independently under the United Nations umbrella,  helped feed about 100 million people in 88 countries last year. Beasley became executive director of the program in 2017 with the support of President Donald Trump.

“With this year’s award, the (committee) wishes to turn the eyes of the world to the millions of people who suffer from or face the threat of hunger,” said Berit Reiss-Andersen, the chairwoman of the Norwegian Nobel Committee, according to The Associated Press. “The World Food Program plays a key role in multilateral cooperation on making food security an instrument of peace.”

Trump-appointee David Beasley and the @WFP were honored today with the Nobel Peace Prize!!

Congrats to @POTUS, Gov. Beasley & to the thousands of U.N. World Food Programme team members all around the world: “bettering conditions for peace in conflict-affected areas.” https://t.co/jLzhFYkdwQ

Beasley, who was visiting the African nation of Niger on Friday, credited all who work with his agency for the award.

“I know I’m not deserving of an award like this, but all the men and women around the world in the World Food Program and our partners who put their lives on the line every day,” he said.

The award will give the agency $1.1 million to add to its $6.4 billion in cash or goods currently provided.

The U.S. provides about $2.7 billion of the agency’s resources.

“Every one of the 690 million hungry people in the world today has the right to live peacefully and without hunger,” the agency said on its website. “Today, the Norwegian Nobel Committee has turned the global spotlight on them and on the devastating consequences of conflict. Climate shocks and economic pressures have further compounded their plight. And now, a global pandemic with its brutal impact on economies and communities, is pushing millions more to the brink of starvation.

“The Nobel Peace Prize is not WFP’s alone. We work closely with government, organizations and private sector partners whose passion for helping the hungry and vulnerable equals ours. We could not possibly help anyone without them. We are an operational agency and the daily work of our staff each day is driven by our core values of integrity, humanity and inclusion.

In September, Beasley urged nations to weigh coronavirus lockdown measures against the broader needs of the people their governments serve, according to remarks posted on the agency’s website.

As I explained to the @UN Security Council, I came to sound the alarm. There is a grave danger that many more people will die from the economic and social consequences of #COVID19 than from the virus itself. The last thing we need is to have the cure be worse than the disease.

“As COVID-19 pushed countries everywhere to lock down, the equivalent of 400 million full-time jobs have been destroyed, and remittances have collapsed,” he said. “The impact has been felt hardest by the 2 billion people who work in the informal economy around the world — mainly in middle and low-income countries. Already only one day’s work away from going hungry, in other words living hand to mouth.

“You and I have food in the pantry in a lockdown. We have enough food for two or three weeks. These people don’t have that luxury. If they miss a day’s wages, they miss a day’s worth of food and their children suffer.  They don’t have the money to buy their daily bread in those circumstances. This inevitably creates a risk of rising social tensions and instability.”

Beasley noted then that knee-jerk lockdowns could have a ripple effect.

“It is critically important we balance sensible measures to contain the spread of the virus, with the need to keep borders open and supply chains going and trade flows moving. We also have to be vigilant and guard against unintended consequences, which could hit the poorest people the hardest,” he said.

Beasley was appointed to his post in 2017 after being nominated by then-U.N. Ambassador Nikki Haley, who like Beasley is a former governor of South Carolina, and with the backing of the president.

Proud of the work my friend @WFPChief and his team continue to do for so many around the world. It is truly God’s work and David Beasley is the right person to lead it. Congratulations!#NobelPeacePrizehttps://t.co/yJ4WwCanfi

In 2015, while Trump was campaigning for the Republican presidential nomination, Beasley called Trump “the next president of the United States” and “the man who will make America great again,” according to The State.

Beasley said Trump’s style “is shaking up the establishment and has been good for the party.”