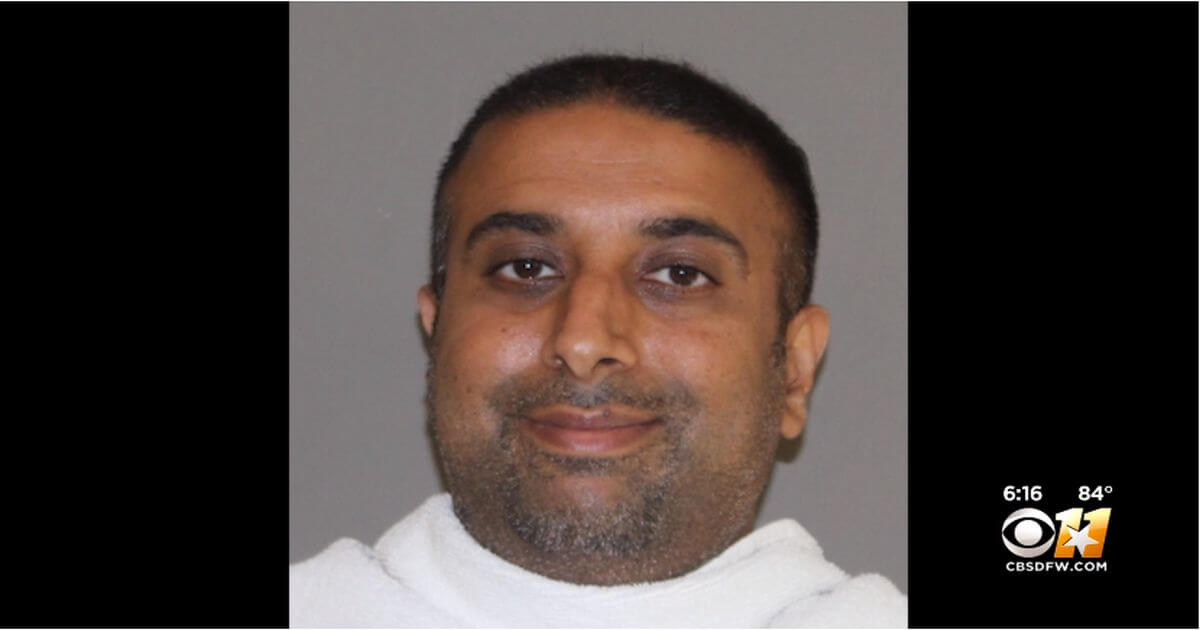 Today’s installment of “Who got busted for mail-in ballot fraud?” is even more interesting and alarming, as it involves a Democratic mayoral candidate from the great state of Texas.

According to CBSDFW.com, Carrollton, Texas mayoral candidate Zul Mirza Mohamed is currently sitting in a cell in the Denton County Sheriff’s Department after he was caught red-handed by authorities in an attempt to commit mass absentee ballot fraud.

The sting to bring Mohamed down began in late September after the Denton County Elections Office was tipped that the man was up to something shady with regard to absentee ballots. An investigation was launched not long after, which resulted in the fraudster being arrested and charged with a staggering 109 counts of fraud — all of which are felony counts which could land him a sentence of up to 20 years in prison.

So, while Mohamed probably thought he was a criminal mastermind as he concocted his plan to rig the upcoming election, from the reports, it sounds as if he probably should have chosen a different career path, as he made it far too easy for authorities to catch him in the act.

After authorities were made aware that a P.O. Box address in nearby Lewisville was used to request over 100 absentee ballots for a supposed nursing home, law enforcement officials quickly determined that none of the residents of the nursing home requested ballots be sent to that particular mailbox.

On top of that, it turned out that the P.O. Box was rented with both a fake driver’s license and a fake university identification card. On October 7th, the police set up a surveillance operation to monitor the P.O. Box and it didn’t take long for them to spot someone picking up a large number of ballots, which turned out to be Mohamed.

They followed the alleged election rigger to his home, where they uncovered a number of ballots — some of which had been opened — along with the fake identification.

The local sheriff issued a statement on Mohamed’s illegal activities, calling the situation “appalling,” given that Mohamed is a candidate for public office.

“The fact an actual candidate for public office would engage in these activities is appalling,” Sheriff Tracy Murphree said.

Do you think there will be mass mail voter fraud this election?

And the sheriff is right on the money. The traditional practice of requesting an absentee ballot by a registered voter is typically safe and secure and has been successfully done for a long time. But, contrary to what the liberal mainstream media wants you to believe, there’s a vast difference between solicited ballots and mass, universal unsolicited ballots.

The latter method makes ballot fraud — including ballot harvesting, ballot selling and other ways to game the system — extremely easy for shady actors like Mohamed and so many others who are currently being investigated.

President Donald Trump isn’t pushing a conspiracy theory when he reminds his supporters that the safest way to vote is by going to the polls and personally making sure one’s ballot goes into the box. We know now that Democrat operatives around the country are doing everything they can to influence elections — whether it’s at the mayoral level or all the way at the top.