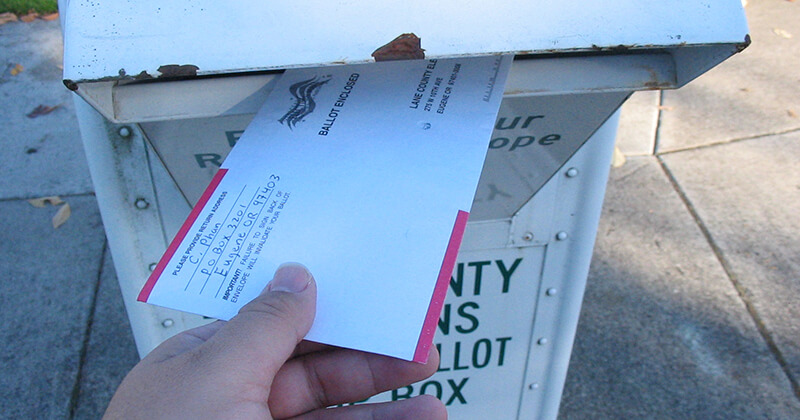 According to a brand new Fox News report almost 50,000 voters in the critical swing state of Ohio received incorrect absentee ballots in the mail.

Nearly 50,000 voters in Franklin County — Ohio’s most populous county — received incorrect absentee ballots in the mail, elections officials said Friday, revealing a major glitch that appeared to affect one in five ballots the county had sent so far.

Officials promised to have new ballots mailed to the 49,669 voters who received the wrong ones within three days.

“We want to make it clear that every voter who received an inaccurate ballot will receive a corrected ballot,” the board said in a news release, according to the Columbus Dispatch.

A list of voters who got the wrong ballot will be posted on the Franklin County Board of Elections website.

Voters affected can wait for their new ballot or show up at the county board of elections during early voting hours to cast an in-person absentee ballot.

Ohio Secretary of State Frank LaRose’s office has directed the board to write a letter explaining the error along with the replacement ballots.

“No vote will be counted twice. Every voter will receive an accurate ballot and that ballot will be counted,” county Elections Director Ed Leonard said.

I’m sure this was just a mistake, after all what can go wrong with mail in ballots?

The good news is that the DOJ is watching the entire election very closely and ready to call out any illegality almost immediately, as Ryan Ledendecker reports:

The talking heads within the ranks of the liberal mainstream media will have even more to cry about in the coming weeks as President Donald Trump’s U.S. Department of Justice just changed a long-standing rule that doesn’t allow federal prosecutors to intervene in cases of potential ballot fraud if it involved a federal employee or member of the military.

According to Fox News, due to a recent uptick in cases of alleged or potential fraud involving employees of the United States Postal Service, U.S. Attorney General Bill Barr just cleared the way for the feds to get involved in such cases, as the need arises.

A memo recently sent to ProPublica from someone in the DOJ’s Public Integrity Section indicated that the feds can intervene in such investigations — even before the polls close on November 3 — that involve U.S. military members or postal workers accused of ballot tampering or other instances of fraud that could have an effect on the upcoming General election.

The rule within the DOJ to stay out of making arrests or raids or announcing investigations into such fraud has been in place since 1980. The rule was put in place to avoid the possibility of the government tipping the balance of an election.

The revision to the rules, as ProPublica reported, suggests that the ability to intervene could even go beyond investigations involving federal employees or the military.

And the move to revise the rule seems to be wholeheartedly supported by Barr, who has echoed President Donald’s Trump’s many warnings that the upcoming election could spur an untold number of cases that involve all levels of mail-related ballot fraud, given the expected increase in mail-in ballots across the country.

“So now we’re back in the business of selling and buying votes,” Barr recently said. “Capricious distribution of ballots means [ballot] harvesting, undue influence, outright coercion, paying off a postman, here’s a few hundred dollars, give me some of your ballots,” referring to just some of the ways that the election could be tainted by federal workers.

As expected, the revision to the rule has already triggered many on the left, including former head of the DOJ Civil Rights Division under President Barack Obama, Vanita Gupta, who believes that such rules could help tip the election in Trump’s favor, especially given the fact that the president has said on numerous occasions that mass mail-in voting could cause complete chaos in the upcoming election.

“It may be creating a predicate for the Justice Department to make inflated announcements about mail-in vote fraud and the like in the run-up to the election,” Gupta said, while adding the the revision to the rule was “unusual.”

But as the number of cases of ballot fraud — of all types — increases by the week, it’s not difficult to make the argument that it’s absolutely necessary for the federal government to swiftly crack down on such offenses in order to maintain election integrity.

That’s especially true given the multiple accusations by high-profile politicians on the right who believe Democrats are pushing mass mail-in voting in an attempt to give former Vice President Joe Biden every extra edge he can get.