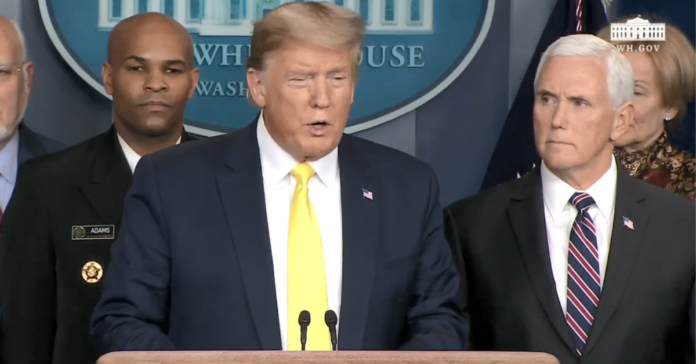 President Trump was just sentenced to death by some backwater Houthi court in Yemen. The court is in the province of Sa’ada in Yemen and it issued death sentences for ten people over a 2018 air raid.

The air raid killed 43 people, including 29 children, and they sentenced Trump and other U.S. military leaders because America sold arms to the Saudi’s.

The defendants, including Trump, were also ordered to pay ten billion dollars in fines to relatives of the people killed although they did not say how they would collect from a dead person.

The airstrike on August 9, 2018, was conducted by the Saudi-led coalition that intervened on behalf of the internationally-recognized Yemeni government against the Houthi insurgency.

The Saudi coalition said the strike was targeting rebels who launched a deadly missile attack into southern Saudi Arabia the previous day.

Saudi officials said the airstrike was directed against military targets near the Dahyan Market in Sa’ada, a known Houthi stronghold near the Saudi border. A bus full of civilians was hit during the strike.

The International Committee of the Red Cross said one of its hospitals received the bodies of 29 children killed in the attack, plus 30 more injured children.

The Saudi coalition investigated the Dahyan Market strike, plus two other controversial military actions, in February 2020 and began court-martial proceedings against the aircrews involved.

Hadi has been living in Saudi Arabia since the Houthi insurgency captured the capital city of Sanaa; the Houthi court referred to him as a “fugitive criminal.”