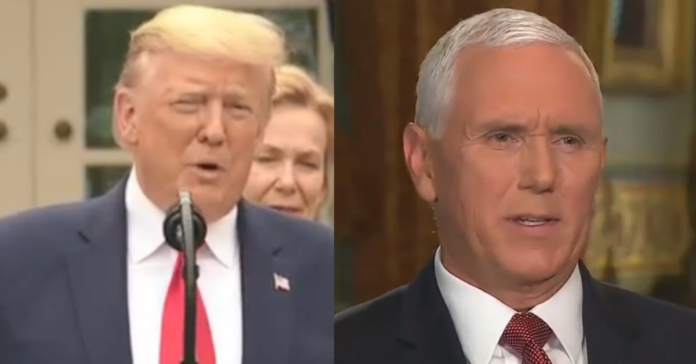 President Trump is going to Walter Reed Military Medical Center today in a few minutes according to multiple reports.

Trump is expected to stay in the hospital for a few days as the presidential suite/office allows for much better monitoring of Trump.

From NBC: President Donald Trump, who has Covid-19, was to be taken to Walter Reed National Military Medical Center Friday afternoon in his helicopter as a precautionary measure, a senior administration official confirms to NBC News.

Three people familiar with his condition said Trump has a low-grade fever. The president’s doctor said he was administered an antibody cocktail, along with vitamins, and is fatigued, while Melania Trump has a mild cough and headache.

President Trump’s physician released details about the commander-in-chief’s medical condition and treatment Friday, following the bombshell announcement hours earlier that the first couple had been stricken with COVID-19.

“Following PCR-confirmation of the President’s diagnosis, as a precautionary measure he received a single 8-gram dose of Regeneron’s polyclonal antibody cocktail,” a memo released Friday afternoon by Dr. Sean P. Conley, the president’s physician, stated. “He completed the infusion without incident.”

“In addition tot he polyclonal antibodies, the President has been taking zinc, Vitamin D, famotidine, melatonin and a daily aspirin,” Conley said.

Conley added that “as of this afternoon, the President remains fatigued but in good spirts.”

“He’s being evaluated by a team of experts, and together we’ll be making recommendations to the President and First Lady in regards to next best steps,” Conley said.

Conley added that the first lady “remains well with only a mild cough and headache, and the remainder of the First Family are well and tested negative for SARS-CoV-2 today.”

BREAKING: Trump, who revealed early this morning he has coronavirus, is leaving the White House for Walter Reed Military Medical Center.

BREAKING: Per WH pool reporter @fran_chambers – POTUS to be taken to Walter Reed.