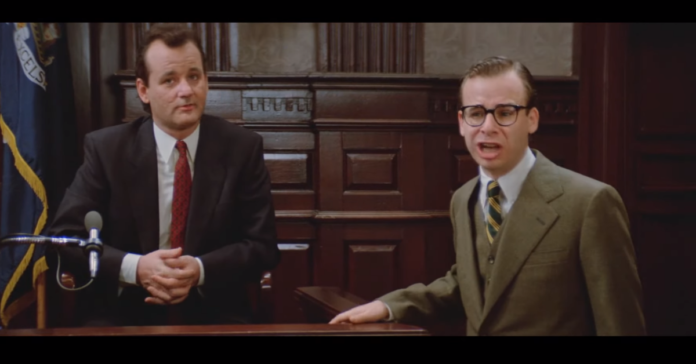 Police are actively searching for a cowardly goon who attacked Ghostbuster star Rick Moranis in broad daylight in a ritzy area of New York City.

The attack – you can see in the video below a man just randomly sucker punches Moranis as he is walking down the street.

Just a disgrace and more proof New York politicians are in over their collective heads. From ABC:

Video shows the moment the man sucker-punched a 67-year-old actor in the head.

It happened Thursday at 7:24 a.m. on West 70th street near Central Park West.

The attacker continued walking away after throwing the punch.

Moranis hurt his head, back, and hip in the attack and went to the hospital for evaluation.

Moranis may be best known for his work on “Ghostbusters,” “Honey, I Shrunk the Kids,” “Little Shop of Horrors,” among many others.

Surveillance cameras captured the attack on the 67-year-old “Honey I Shrunk the Kids” and “Ghostbusters” actor.

Video shows the suspect walk up and punch Moranis in the head, knocking him to the ground.

The actor has been off the big screen for years to focus on his children after his wife’s passing, but recently appeared in a Mint Mobile commercial with Ryan Reynolds.

Police said he went to the hospital with pain in his head, back and hip. He later walked to the precinct to report the crime.

Neighbors told CBS2’s Jenna DeAngelis he is a very nice guy, and they were shocked to hear about the unprovoked attack.

“That why we moved here – to be safe,” said resident Jonathan Kurtin. “Everything’s been good, but I guess trying times. People do strange things, and they’re not always nice… You’ll be looking over your shoulder a lot more often.”

Seen him? Know who he is?