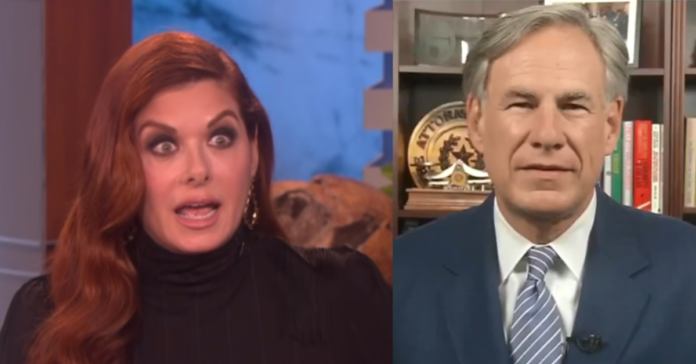 Abbott issued an order today telling counties to close multiple completed mail-in ballots drop off locations. He is mandating that each county have only one location where citizens can drop off their mail-in-ballots as an election security measure.

“As an election security measure, counties will be limited to one drop off site where poll watchers — designated by political parties and candidates — must be allowed to observe ballot deliveries by voters, Abbott said.

“As we work to preserve Texans’ ability to vote during the COVID-19 pandemic, we must take extra care to strengthen ballot security protocols throughout the state. These enhanced security protocols will ensure greater transparency and will help stop attempts at illegal voting,” Abbott added.

Now despite the fact that this applies to all counties, GOP and Dem alike, and despite the fact that Texas allows early voting – “Any registered voter may vote early by personal appearance (in person). Early voting by personal appearance for the November 3, 2020 Election begins on October 13, 2020 and ends on October 30, 2020. You may vote at any early voting location in your county of registration – Messing is trying to claim voter suppression.

Democrats blasted the move as a thinly veiled effort to suppress votes in a tight election.

“Republicans are on the verge of losing, so Gov. Abbott is trying to adjust the rules last minute,” said Gilberto Hinojosa, chairman of the Texas Democratic Party.

“Courts all over the country, including the 5th Circuit yesterday, have held that it is too late to change election rules, but our failed Republican leadership will try anyway,” Hinojosa said in a statement. “Gov. Abbott and Texas Republicans are scared. We are creating a movement that will beat them at the ballot box on Nov. 3, and there’s nothing these cheaters can do about it.”

Travis County has four dropoff locations, including three downtown that first opened Thursday, while Harris County has opened 12 locations as election officials worked to meet unprecedented demand for mail-in voting during the pandemic — particularly amid questions about the efficiency of the U.S. Postal Service.

Voters must drop off their own mail-in ballots after showing a photo ID, signing a roster and depositing the sealed envelope into a ballot box.

Limiting the number of dropoff sites will affect large urban counties that are strongly Democratic or trending in that direction, and the Texas Democratic Party said Abbott’s new order appeared targeted at a “rising Texas electorate.”

“It’s a miscalculation on Abbott’s part,” party spokesman Abhi Rahman said. “Texas Democrats will crawl through broken glass to vote these cheaters out of office.”