Democratic Ohio lawmaker give endorsement to president over Joe Biden 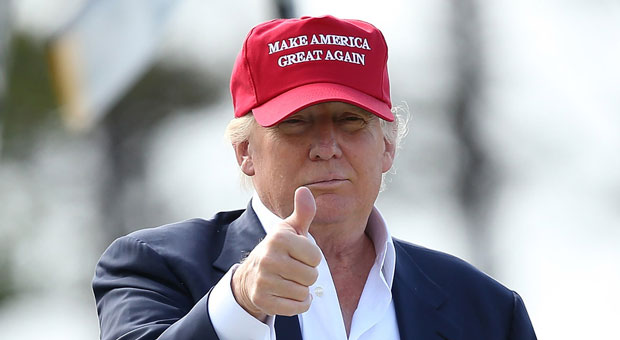 Another Democratic lawmaker has endorsed President Trump over Joe Biden

A Democratic lawmaker from Ohio has become the latest Democrat to break from their own party to endorse President Donald Trump for the election over “divisive” Joe Biden.

“His strong leadership and willingness to fight for educational and economic empowerment for minorities has brought unprecedented hope to the American people,” Kent, a self-described “lifelong Democrat,” said in a news release.

The lawmaker revealed she is following in the “bold first step” of Georgia state Rep. Vernon Jones, who caused outrage among his fellow Democrats by endorsing Trump’s reelection campaign and later gave a speech at the Republican National Convention.

“We all recognize that gainful employment and economic development is the best deterrent against violence and social unrest, so I want to thank President Trump for his commitment to ensuring the success of the Black community in every way,” she wrote.

“From my perspective as a lawmaker who was elected for the first time in 2016, following a lifetime as an educator and child advocate, I have admired President Trump’s dedication to law and order and his respect for our Constitution,” Kent, who represents the 25th District located in Columbus, Ohio, continued.

“His strong leadership and willingness to fight for educational and economic empowerment for minorities has brought unprecedented hope to the American people.”

“President Trump has provided a record number of Black Americans with a real shot at the American dream,” Kent wrote.

“Under President Trump’s leadership, Black Americans have experienced record-low unemployment and the poverty rate among the black community has fallen to its lowest level in U.S. history.

“A large part of this success is due to President Trump’s willingness to listen to the ideas of Senator Tim Scott and the concerns of invested citizens from diverse communities in economic distress.

“This effort produced a groundbreaking solution called ‘Opportunity Zones,’ a way to create jobs and spur investment in disadvantaged communities.

“We all recognize that gainful employment and economic development is the best deterrent against violence and social unrest, so I want to thank President Trump for his commitment to ensuring the success of the Black community in every way.”

Kent noted, “I am beyond thankful for President Trump’s willingness to prioritize the success of my own alma mater, as well as other Historically Black Colleges and Universities. President Trump has appropriated more money to HBCUs in one year than any other president.

“In addition, the Trump Administration continues to work with HBCUs to expand apprenticeship opportunities, career choices, and ensure they are receiving adequate support.

“HBCUs are said to have trained roughly 50 percent of black teachers and doctors in the United States today.

“Most students at these historically black colleges are low-income, first-generation students.

“President Trump’s historic action, permanently providing HBCUs with more than $250 million a year has ensured the legacy of these colleges and universities that are near and dear to my heart, as well as the futures of their graduates for generations to come.”

Kent thanked her husband James, a Green Beret Vietnam combat veteran for supporting her, adding that he was a lifelong Democrat.

She continued, “That changed, however, following the muddied mistreatment and unlawful action taken against me by the Ohio Democratic Caucus following a dispute over my advocacy for two child victims of physical and sexual abuse.

“Following my traumatic experience on May 22nd caught on Statehouse security video, my husband proclaimed his intent to vote for President Trump and walked away from the Democrat Party.

“After considering this scarring event, as well as other negative experiences in my legislative career, I, along with other citizens, came to the conclusion that the Democrat Party does not have the people’s best interest in mind.”

“No matter what my feelings are towards the Democrat Party, one thing is crystal clear: my values truly align with President Donald J. Trump’s willingness to work with those of differing opinions and perspectives more so than with Joe Biden’s divisive rhetoric, promotion of mass incarceration, and disrespectful, insensitive ideologies that substantiates his infamous comment ‘…if you’re still deciding between me and Trump, then you ain’t Black…’ during an interview on a popular African American radio program earlier this year,” Kent stated.

She concluded, “Not only am I Black, I am a proud American and delighted to endorse President Trump for re-election.

“Furthermore, I am honored to share with people my intent to vote for him and spread the word on the value of his leadership and his dedication to the American people.”

In May 2019, Kent, who had been a member of the Ohio House Democratic Caucus, filed a four-page complaint with the Ohio House alleging that caucus legal counsel and the minority deputy chief of staff barred her from entering a caucus meeting, The Columbus Dispatch noted.

Kent said she was “forcibly pushed back” by Sarah Cherry and Andy DiPalma, whom she stated “intentionally conspired to set me up to be arrested and charged with a crime.

“I also consider Cherry and DiPalma’s conduct to be racially discriminatory and a violation of my constitutional rights.”

In June 2018, House Democrats voted Kent out of the caucus, ostensibly because she had sent a public records request to Columbus city officials on Ohio Legislative Black Caucus letterhead with the signatures of 15 caucus members without their permission.

Kent stated she thought she had permission to use the names of black caucus members.