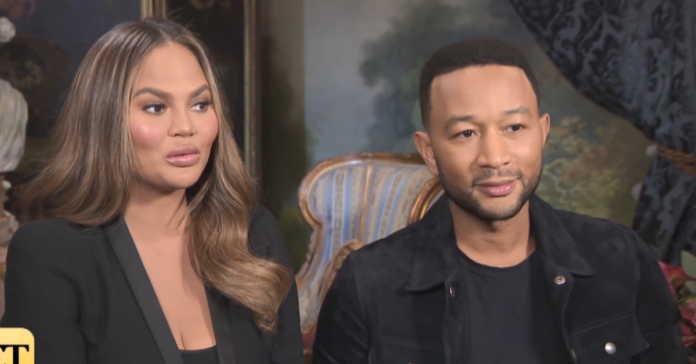 Music superstar and major Trump nemesis John Legend says Americans might “have to start thinking about going somewhere else” if President Trump wins the November election.

“At some point, if that project to destroy democracy was to be in any way successful, you’d have to think about going somewhere that is a true democracy, that has respect for the rule of law and human rights,” he said.

“If America chooses to be that place then people will have to start thinking about going somewhere else. It is truly disturbing and concerning,” Legend said.

“Every once in a while you think about it,” the singer told us. “We were born and raised here, all of our families are here. It would be hard to leave. But I don’t know what one’s supposed to do when you have a leader who is trying to destroy democracy.”

“I’m not nervous. I strongly believe America is exhausted from three and a half years of Donald Trump. Exhausted from the daily efforts to destroy democracy and the free press,” he said.

“I think his handling of the pandemic has been embarrassing to the entire nation and has caused so much loss of life, that was preventable. I think people are just exhausted and ready for new leadership: sane leadership, empathetic leadership. Joe Biden can bring that to the country.”

“We can’t bear another four years of this. As Michelle Obama said, we have to vote like our lives depend on it. I honestly think the American people will do it. I truly don’t know if we would be a democracy when we were done if we went another four years,” he said.

Legend, along with his cookbook author wife Chrissy Teigen, have been outspoken critics of Trump. Legend, 41, performed at last month’s Democratic National Convention and is a vocal supporter of Democratic presidential nominee Joe Biden.

Trump has called Legend “boring,” and referred to Teigen as the performer’s “filthy mouthed wife.”

Legend said he’s “not nervous” about the November election because he believes the country is “exhausted” by Trump’s presidency and “the daily efforts to destroy democracy and the free press.”

But, Legend says, he thinks about leaving the U.S. “every once in awhile” if Trump was to remain in office.

“We were born and raised here, all of our families are here. It would be hard to leave. But I don’t know what one’s supposed to do when you have a leader who is trying to destroy democracy.”

Back in 2016, several entertainers — including Bryan Cranston, Samuel L. Jackson and Miley Cyrus, among others — said they would consider fleeing the country if Trump became president.