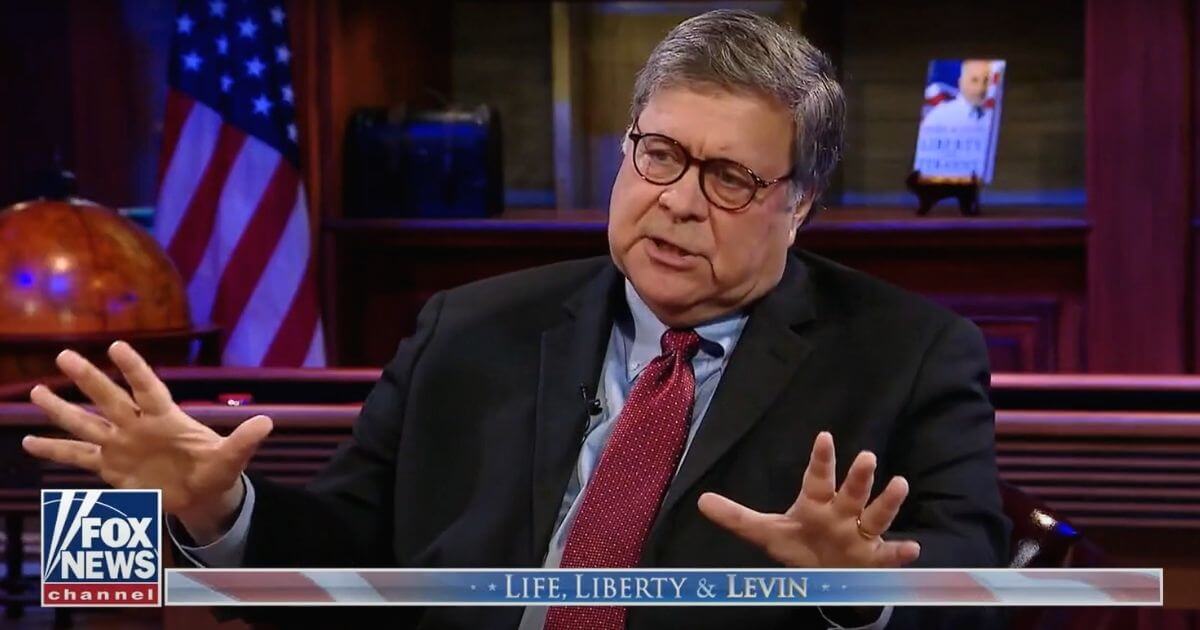 If you’d like to hear an extraordinary, well-considered and thoughtfully delivered speech about the role of prosecutors in American society, I cannot recommend highly enough the one Attorney General William Barr delivered earlier this week at Hillsdale College.

If you’d like to read a speech by a man threatening to corrupt the entire system of justice in service to a tyrant, here’s a news story you can read.

By the way, they’re the same speech.

Click the first link and you can read a speech that brilliantly deals with the necessary balance between professional independence and political accountability in the role of prosecutors. Barr has thought this through like few leaders in the legal profession ever have, and it’s clear from the speech that Barr comes down on the side of the American people and their right to be free of the tyranny that comes from the hands of prosecutors.

Yet the media would have you believe the speech was an attack on career prosecutors, and a call for their “independence” to be superseded by the political whims of Donald Trump. It was nothing of the sort. And once you read it, you’ll see that.

Barr recognizes that prosecutorial decisions need to be free of meddling that is driven by political agendas. He also believes that politics can lead to accountability in good ways.

Low-level career prosecutors, he asserts, are only answerable to the elected representatives of the people and those above them who had to be confirmed by the U.S. Senate, like Barr.

The idea is not that Trump and Barr should roll over them with partisan agendas. It’s that, without making career prosecutors answer to those who answer to the people, there is no restraining any impulse they would have to pursue their own partisan or personal vendettas.

Prosecutors can destroy people’s lives by simply deciding to investigate them. They can drain them of resources and obliterate any semblance of privacy they have in their lives. And they can do all this without ever charging them with anything.

No one should have that kind of power without being accountable to someone else.

This speech was deeply steeped in concern for the freedoms and liberties of ordinary people. Yet the media portray it as an attempt to corrupt our system of justice for partisan purposes. How is it possible the media read it this way?

The truth is: They don’t read it that way.

The media know exactly what Barr meant, but they intentionally misrepresent it because Barr is part of the Trump administration and the media are invested in the idea that Trump is abusing every part of the executive branch for his own purposes.

Which is ironic, because Barack Obama actually did abuse every part of the executive branch for his own purpose, particularly the Justice Department, and the media do not care. The Obama Justice Department started a bogus investigation of “collusion with Russia” and obtained a wiretap on a Trump campaign official based on false pretenses. The media know this and don’t give a damn about it.

But let William Barr give a speech that suggests holding people accountable – precisely so they don’t do this sort of thing – and he’s a threat to life as we know it.

So ask yourself: Why does the left want “career prosecutors” to be able to act without political accountability? How would these prosecutors use such freedom if they had it?

If you suspect the answer is not a pleasant one, you should thank God every day that William Barr is attorney general.