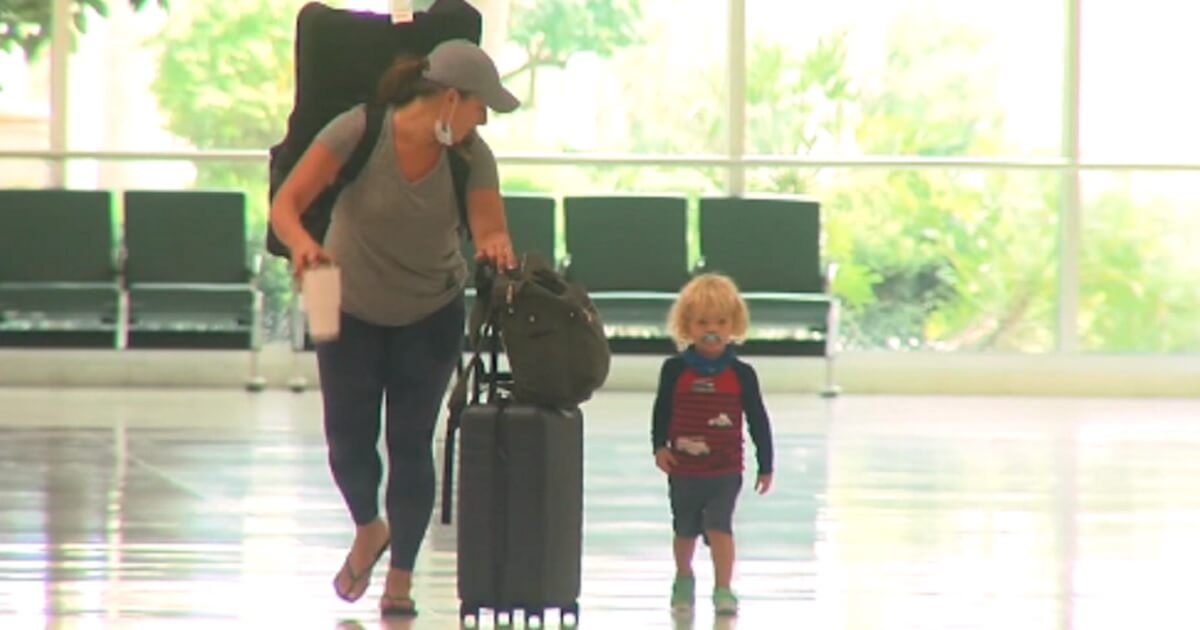 I’m not saying you shouldn’t wear a mask. In fact, it’s probably wise if you’re indoors and around a lot of people. That said, I’ve come to the conclusion that the anger directed by the browbeaters toward the browbeaten is far more unhealthy than the risk posed by being 20 feet away from some guy who won’t put on his mask.

I worry about my 70-something mom getting COVID-19. I worry more every time she angrily tells me about how she chewed out yet another person in her building’s mailroom, a conversation that usually ends with me suggesting she might want to try clonidine.

To demonstrate how this line of thinking has infected our national discourse over COVID-19, I give you the case of Jodi Degyansky, a 34-year-old mother who got kicked off of a Southwest Airlines flight at the Southwest Florida International Airport near Fort Myers. It wasn’t because she wasn’t wearing a mask, but because her toddler wasn’t.

According to the Fort Myers News-Press, Degyansky was taken off a flight to Chicago on Saturday because her 2-year-old was having a snack and didn’t have his mask on.

“We are trying to get used to it, but he’s 2,” she told the newspaper.

On the way down, Degyansky said she had no problems with the flight attendants.

“The flight attendants were absolutely fine with him ‘working on it,’ is what they said,” she told Chicago’s WLS-TV. “‘Just work on it, try to wear it.’”

That wasn’t the case on the return trip.

“On the way back I was surprised the flight attendants were much stricter,” she told the News-Press.

The problems began before they boarded the flight. Degyansky said Southwest gate agents came over several times to ensure her child could wear his mask during the duration of the flight.

“They came over maybe four or five times and asked him to pull up his mask, will he wear his mask the duration of the flight, are you confident he’ll wear his mask? Which I absolutely was,” she told WLS.

Check out the station’s report here:

Southwest’s policy is that all children above 2 years old have to wear masks. Degyansky said her son just turned 2 and was having some issues with the mask even though his mom was trying to keep it on. The fact he was eating, apparently, didn’t cut it with the airline staffers.

“They said, ‘Families have been using eating as an excuse so their kids don’t have to wear masks,’” Degyansky told WLS. “I said, ‘That’s absolutely not the case here.’”

Things came to a head on the plane after she asked a flight attendant to give her “six feet of space,” according to WLS. The plane turned around and, once it was back at the terminal, mother and child were kicked off.

“I felt completely disrespected by the gate agent,” she told WLS. “It was a really stressful emotional situation and totally humiliating because, again, we were following the guidelines set in place by the airline.”

“We got our luggage, packed up, went back through security, and paid almost $600 for an American flight home.”

American Airlines only requires masks for those over 3 years old.

“I just felt like I can’t believe it happened,” Degyansky told the News-Press. “I was left scrambling — how the hell am I going to get home? What if I didn’t have the resources to buy a $600 ticket?”

However, the airline is looking into the incident.

Yes, this is one woman’s account and the truth is often “Rashomon”-like, but I can’t imagine a situation where this works out well for Southwest Airlines. If Degyansky was quarrelsome, it’s because airline employees apparently insisted a 2-year-old wear a mask and did so in terms that were, by Degyansky’s account, unusually aggressive. There’s no situation where this had anything to do with health or safety. It’s about control.

Maybe the fact that we’re all in a lousy, bleak situation together couldn’t persuade Southwest Airlines employees to cut some slack for a mother traveling alone with her 2-year-old. Perhaps they should have considered that, thanks to the federal governments COVID-19 relief efforts, American taxpayers are keeping Southwest Airlines from being deader than Braniff International. I would have hoped that would have induced the flight attendants and gate crew to be a bit nicer to a mom traveling with a kid who had mask issues.

After all, we don’t just keep the airlines afloat anymore by just giving them their business. Every single traveler on that flight with an American passport has signed on to a mountain of debt that has, among other things, kept Southwest from being a footnote in history.

Unlike a subset of conservatives, I’m not a mask jihadist. I wear it, I have no problem with wearing it or with private businesses requiring customers to wear it.

My problem arises when a mask policy is enforced with the icy, unwavering rigidity of Nurse Ratched. I can’t be certain that’s what happened between Southwest Airlines and Jodi Degyansky, but the airline has done little to exculpate itself through its statements.

If Degyansky’s son flew safely on American, he could have flown safely on Southwest — even if he felt the need to snack.