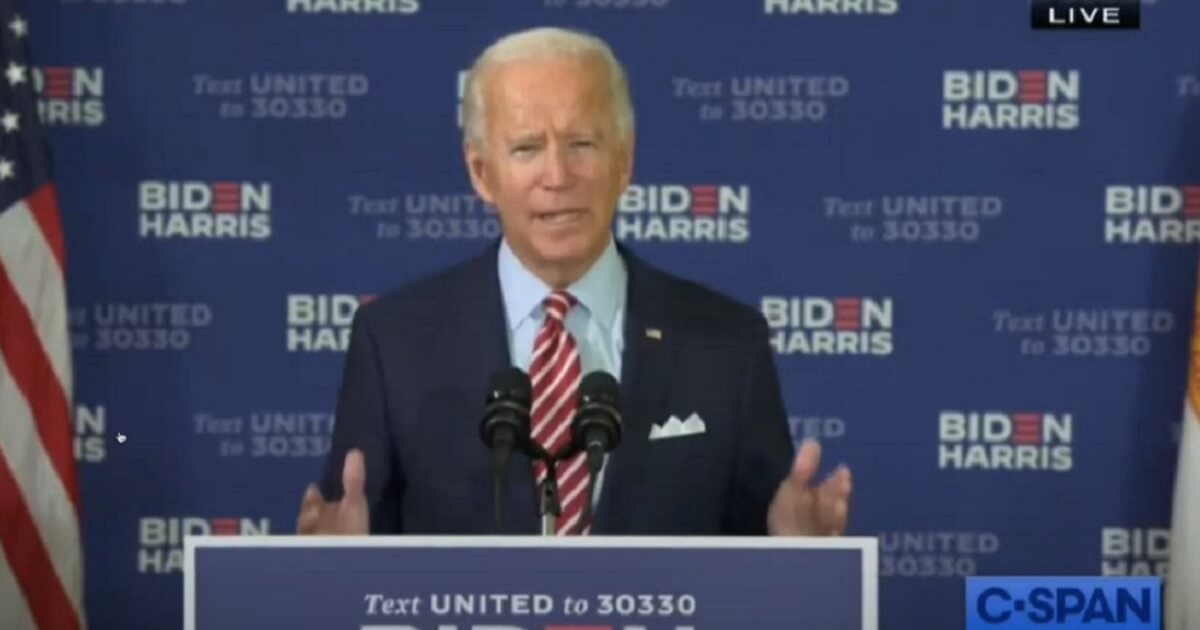 There wasn’t a single person in America who follows politics seriously, either for a hobby or a living, who watched California Sen. Kamala Harris take the podium and give her first speech as Joe Biden’s running mate and didn’t think they were watching the real No. 1 on the Democratic ticket.

Yes, Harris had bombed out of the primaries, mostly due to her uninspiring presence, a dumpster fire of a campaign organization, an inability to stick to a position, a failure to even conceptualize a winning strategy and a spotty record as both a senator and a prosecutor.

Apparently none of that mattered when it came time to picking a No. 2 for Biden, however — except that No. 2 felt more like No. 1b. All presidential candidates say their running mate would be ready to govern on day one. In this case, with the Democratic nominee falling apart in front of us and propped up only by teleprompters, those words felt less like a pro forma guarantee and more like something we ought to listen carefully to.

And some days, it feels like Harris is the one in charge here. Don’t take my word for it, though. Take the word of Biden. And of Harris herself.

On Tuesday, Biden was speaking at a veterans roundtable in Tampa, Florida. A mea culpa before we go forward: I didn’t watch the whole thing. I have a pregnant wife, three dogs and a house to take care of, so as much as I’m a political junkie, you only have so much time in this life and you have to draw a line somewhere. Way, way over on the wrong side of that line is a perfunctory appearance before a veterans group by Joe Biden, in all of his hypnagogic senescence, talking about programs he’s probably never going to pass.

Quickly scanning a transcript of the event from Rev, I stand by my decision. Biden’s remarks leaned heavily on the accusations levied by Jeffrey Goldberg in The Atlantic in which anonymous sources claim President Trump called dead American soldiers “losers” and “suckers.”

Biden again used the strange rhetorical device of telling everyone that, on the back of his daily printed schedule that he carries, is the number of U.S. troops killed in Iraq and Afghanistan. I’ve heard this a few times now (including once where he forgot to actually have the schedule in his pocket and needed to ask his staff to fetch it for him) and each time it seems a little strange. (“Speech to teachers union, Harrisburg, 2 p.m. There have been 2,219 American deaths in Afghanistan.”)

It’s clear he cares very much, considering he couldn’t differentiate Monday between Iran and Iraq:

And then there was this:

To put this in fuller context (which doesn’t make it that much better) Biden was talking about jobs and educational programs for military members and their families.

“For example, making it easy to carry your professional credentials with you from one state to another when your spouse moves. Harris-Biden administration is going to relaunch that effort and keep pushing further to make it easier for military spouses and veterans to find meaningful careers, to ensure teachers know how to support military children in their classrooms, and to improve support for caregivers and survivors so much more than we do now,” Biden said, according to the Rev transcript.

While the argument can easily be made that this is Uncle Joe at his Uncle Joe-iest, keep in mind this is Biden on script. Freudian slip, perhaps? After all, he confused Iran and Iraq. It seems only logical he would confuse whether he was the one running for president or if the nominee were actually that nice young lady who occasionally drops by his Wilmington basement.

The complication to this argument is that nice young lady also seems to be having similar problems identifying who’s at the top of the ticket. Here’s Kamala Harris speaking to small business owners in Arizona the day before:

“A Harris administration together with Joe Biden…”

In a way, this is more funny than anything else. It reminds me of when I was 13 and, on one grim Saturday morning, noticed my first pimple on my neck. I wore a turtleneck down to breakfast to cover it up, something which made my parents suspicious given it was the middle of spring and a turtleneck sweater with pajama pants usually wasn’t my standard fare. Breakfast was waffles and, being your average ravenous teenager, I was on number two and figured three was a perfectly reasonable amount of carbohydrates. (Ah, youth.)

“Another what?” my dad asked. And then the jig was up. Everyone had a good laugh at my Freudian slip and I suffered one of the many teenage humiliations that eventually led me to own the entire discography of the Smiths.

So, yes, on one hand it’s just a funny slip, just like mine. On the other hand, it’s worth pointing this similarity out: I still had a pimple, and Biden-Harris ticket still has a very serious problem convincing American voters that Joe Biden is really the person they’re voting for.

On two separate occasions in two days, the two individuals on the Democratic presidential ticket couldn’t figure out who’s on first. More evidence has emerged over the past week that indicates Biden is using teleprompters during interviews — not just speeches — leaving the impression Biden is so diminished that he cannot be trusted to speak spontaneously. A Rasmussen poll taken last month found 59 percent of likely voters thought Biden’s vice president choice would be president before his first term was over, were he to be elected.

Yes, ha ha, these clips are funny — to a point.

Joe Biden and Kamala Harris are two very different people politically: Biden is the establishment’s establishment, a 47-year career politician who got along to get along with all sides of the American political spectrum (including arch-segregationist Democrats from the South.) Harris is a radical liberal — like Biden’s current crop of enablers — who’s on the same page as the party’s progressive wing and the likes of Rep. Alexandria Ocasio-Cortez.

After all, as The New York Times has reported, Harris was an original Senate co-sponsor of Ocasio-Cortez’s “Green New Deal,” a program that would radically upend every part of our economy and government, and not for the better. Harris may be more marketable to middle America than AOC, but the difference between her and and the New York “democratic socialist” is more incremental than you might think.

Harris and Biden were drawn together on the same ticket by the expedience of a turbulent moment in American history. That’s wholly understandable in a way; after all, Biden was very different from Barack Obama, who needed a graying establishmentarian so beloved by business interests that he’d been dubbed the “Senator from MBNA” in order to prove to Wall Street he wasn’t some sort of incorrigible leftist.

In this case, however, there’s the very real chance a vote for Joe Biden is an implicit vote for the No. 2. Maybe they weren’t so confused after all.