The GoFundMe page racks up donations for injured officers 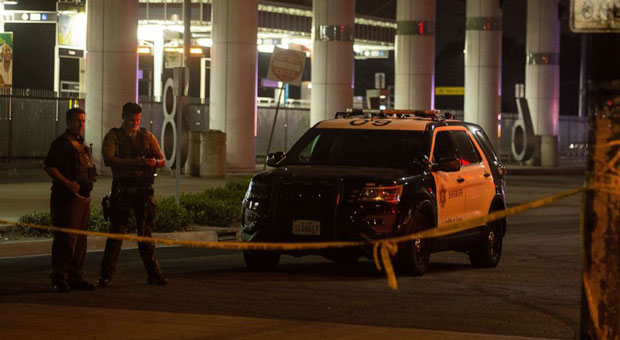 A GoFundMe page has raised over $300,000 in donations for the two Los Angeles County sheriff’s deputies who were ambushed during a shooting while sitting in a patrol SUV at a Compton Metro station last week.

A reward for information on the suspect has also increased to $200,000.

But Sheriff Alex Villanueva was hopeful about their recovery:

“Fortunately, they were spared any injury to a vital organ that would have jeopardized their life immediately,” Villanueva told KNX Newsradio.

Outstanding sheriff added, the deputies, who were only sworn in just 14 months ago, have a long road to recovery.

The sheriff said the deputies, who were only sworn in just 14 months ago, have a long road to recovery.

NEW: Sheriff Villanueva tells me he was just notified that a private law firm on the East Coast has just pledged $25,000 to the reward for the LASD ambush suspect, now putting the total at over $300,000 pledged. @FOXLA

The gunman has been on the run since the shooting took place on Saturday.

Sheriff Villanueva called on James to use his influence to help bring the shooter to justice.

Sheriff Villanueva called on James to use his influence to help bring the shooter to justice.

“This challenge is to Lebron James,” the sheriff said.

“I want you to match that and double that reward.”

I know you care about law enforcement,” Villanueva continued.

“You expressed a very interesting statement about your perspective on race relations and on officer-involved shootings and the impact that it has on the African-American community.

The gunman was filmed firing several shots at the two deputies inside the patrol car before running away.

Both officers were rushed to the hospital were protesters met them, chanting “We hope they die.”