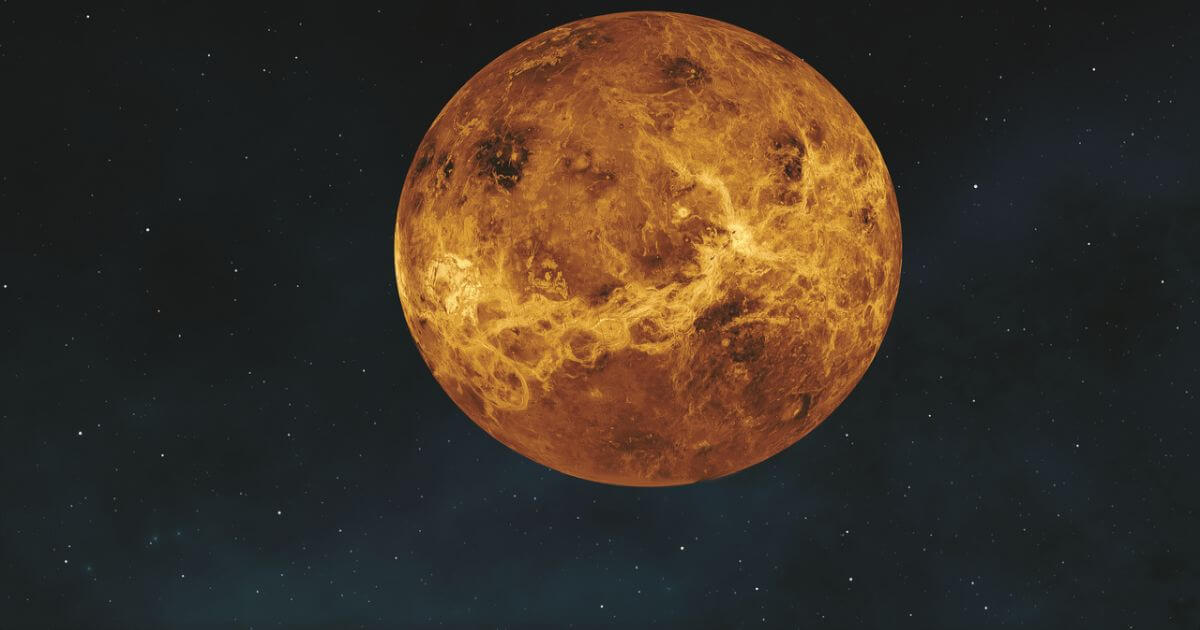 The solar system has handed scientists a new mystery with the discovery of a chemical in the clouds of Venus that could be a sign of life.

The discovery is not proof that the equivalent of little green men are cavorting on a planet where the surface temperature is around 800 degrees Fahrenheit and the atmospheric pressure is a crushing 90 times what it is on Earth.

But the discovery of the chemical has led scientists to theorize that the gas was produced by something living, according to The New York Times.

A study about the discovery published in the journal Nature Astronomy said that the researchers “report the apparent presence of phosphine (PH3) gas in Venus’s atmosphere, where any phosphorus should be in oxidized forms,” adding that research offered “no other plausible identification.”

“The presence of PH3 is unexplained after exhaustive study of steady-state chemistry and photochemical pathways, with no currently known abiotic production routes in Venus’s atmosphere, clouds, surface and subsurface, or from lightning, volcanic or meteoritic delivery. PH3 could originate from unknown photochemistry or geochemistry, or, by analogy with biological production of PH3 on Earth, from the presence of life,” the study’s abstract read.

Scientists have discovered a rare molecule in the clouds of Venus, which suggests colonies of living microbes could be thriving in the oxygen-free environment high in the planet’s atmosphere https://t.co/wEeuO3GM01

The research is likely the beginning of more debate and discussion, but it has already intrigued the scientific community.

“This is an astonishing and ‘out of the blue’ finding,” said Sara Seager, a planetary scientist at the Massachusetts Institute of Technology and an author of the paper. “It will definitely fuel more research into the possibilities for life in Venus’ atmosphere.”

Do you believe there is life on other planets?

“This could be the first observation we’ve made which reveals an alien biosphere and, what do you know, it’s on the closest planet to home in the entire cosmos,” added David Grinspoon of the Planetary Science Institute.

Researcher Clara Sousa-Silva, a molecular astrophysicist at Harvard University, said the question may not be settled from a distance.

“We know that it is an extraordinary discovery,” she told The Times. “We may not know just how extraordinary without going back to Venus.”

Sarah Stewart Johnson, a planetary scientist and head of the Johnson Biosignatures Lab at Georgetown University, said, “There’s been a lot of buzz about phosphine as a biosignature gas for exoplanets recently,” referring to the search for life on worlds that orbit other stars. “How cool to find it on Venus.”

“Venus has been ignored by NASA for so long. It’s really a shame,” she went on.

Life on Venus? The discovery of phosphine, a byproduct of anaerobic biology, is the most significant development yet in building the case for life off Earth. About 10 years ago NASA discovered microbial life at 120,000ft in Earth’s upper atmosphere. It’s time to prioritize Venus. https://t.co/hm8TOEQ9es

The research, led by Jane Greaves, an astronomer at Cardiff University in Wales, began in 2017 and continued through 2019. Further research had been planned for this year but was impacted by the coronavirus pandemic.

Everything you need to know about the exciting announcement that phosphine has been detected in the atmosphere of Venus. Let’s start off with the 60 second overview.. #Venus #VenusNews pic.twitter.com/56dlo7puaZ

Sousa-Silva told NPR that phosphine is toxic to many living things, but that “there’s plenty of life, mostly in the shadows, that doesn’t particularly enjoy oxygen and doesn’t rely on oxygen. And these anaerobic ecosystems on Earth happily produce phosphine in reasonably large quantities.”

“This is not life that we would find pleasant,” Sousa-Silva said. “Then again, they probably find us disgusting.”

Venus was at one time a more hospitable planet, according to Stephen Kane of the University of California at Riverside.

In Kane’s opinion, if the phosphine is “the remnants of some past ecosystem, that means it probably would have had to have sustained its presence in the clouds for about a billion years.”

That would be “an extremely difficult problem” to address.

“The finding itself is astonishing,” said Paul Byrne, a planetary scientist at North Carolina State University in Raleigh, adding that though he was “skeptical of it being life, I don’t have a better explanation for what it is.”

William Bains, a biochemist at MIT and a study co-author, said the phosphine the researchers found on Venus is not an ancient relic of the past.

“The light is constantly breaking the phosphine down, so you have to continuously replenish it,” he said. “What we’ve done is rule out all other sources of phosphine other than life.”