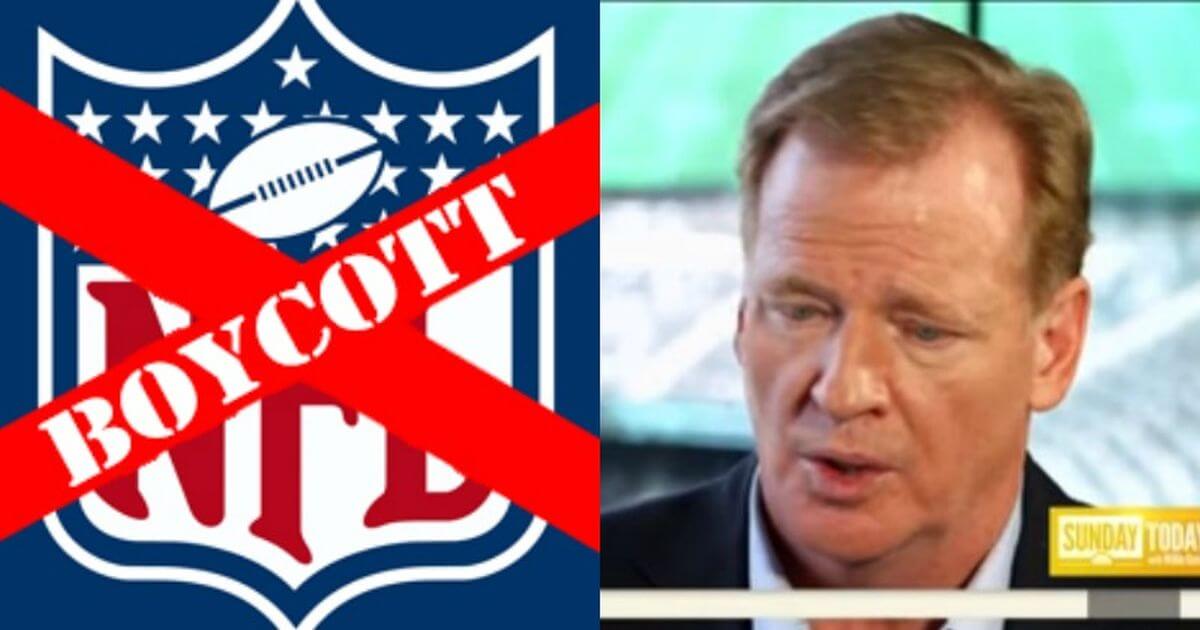 Initial ratings show the woke NFL saw a nearly 30 percent decrease in viewership during the first prime-time Sunday game of the season on NBC.

The Dallas Cowboys lost 20-17 to the Los Angeles Rams in a “Sunday Night Football” game that was marketed as a must-see.

The eyes of the world will be on the Cowboys and Rams in this year’s first Sunday Night showdown. Who’s your pick?

Despite having “America’s Team” facing off against a team from the country’s second-largest TV market in what turned out to be a nail-biter, the NFL game was a ratings disappointment, Deadline Hollywood reported Monday.

The game earned an initial 4.7 among the key advertiser demographic of ages 18-49 and attracted a total of 14.81 million viewers based on early Nielsen data, the report said.

That is an abysmal showing.

Those early numbers represent a 28 percent decrease in the key demo and a 23 percent drop in total viewership when compared with 2019’s “SNF” season opener in which the New England Patriots walloped the Pittsburgh Steelers 33-3 in Foxborough, Deadline reported.

It’s also a big tumble from the game’s recent high for Sunday night on NBC.

A Sept. 30, 2019, matchup between the New Orleans Saints and the Cowboys attracted 24.7 million viewers, which was the most-watched “Sunday Night Football” game since 2016, according to The Fort Worth Star-Telegram.

Less than a year later, a Sunday night game featuring the Cowboys drew in almost 10 million fewer viewers, based on early figures.

Many fans, who are in their sixth month of a global pandemic and have witnessed nationwide civil unrest since May, didn’t tune in Sunday, despite the return of the country’s most popular sport to TV.

It wouldn’t be a stretch to say the NFL’s decision to embrace leftist political activism and anti-police sentiment — including encouraging protests during the national anthem and airing a separate “national anthem” for black Americans — was largely responsible for the decline in interest in the Sunday prime-time game.

That activism was on display Sunday night in Inglewood, a day after two police officers were ambushed and shot Saturday in nearby Compton:

Cowboys lined up in the end zone w/ the message of End Racism for the playing of “Lift Every Voice And Sing” before departing for the locker room. pic.twitter.com/1J5dPnOu4c

Dontari Poe was the only #DallasCowboys player who chose to kneel Sunday night, stating this was his decision and his way of protesting

Dallas played a closed game in the Rams’ brand-new $5 billion SoFi Stadium, which was empty because of coronavirus restrictions.

But TV viewership should have been higher.

The Cowboys always draw a crowd, and they have a Super Bowl-winning new head coach in Mike McCarthy.

The Rams are loaded and seem primed for another playoff push.

Both teams have high hopes for this season — but Sunday night, millions of potential viewers apparently took a knee on the NFL and found something else to do with their time.