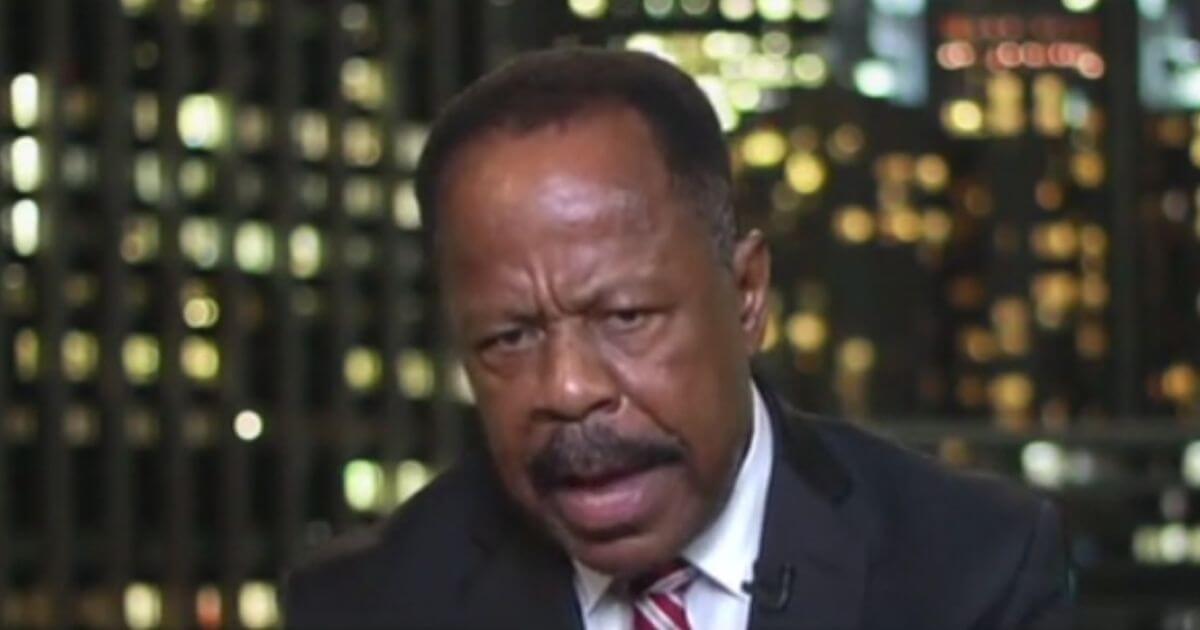 The civil rights lawyer used to be the reliable voice of the left on the fair and balanced network (in particular on Sean Hannity’s show) but defected to the GOP during this election cycle.

He’s taken exception with how he and other black Republicans have been treated, particularly by partisans of the left who can’t understand why any melanated individual would vote for anyone but the Democrats.

Sunny Hostin, co-host of “The View” and a lawyer, is the latest high-profile figure to register her disbelief.

Hostin and the rest of “The View” coterie were discussing Democratic presidential nominee Joe Biden’s poll numbers last week, in particular his lagging support among Hispanic voters in Florida. This shouldn’t be astonishing, as Hostin alluded to; a goodly number of these voters are of Cuban or Venezuelan extraction and decided (or were forced) to extract themselves from those countries due to socialist/communist governments.

“I actually wasn’t surprised to hear it because Cubans in Florida typically do vote Republican,” Hostin said in a clip that went viral.

“You hear all of this coming from the Trump campaign about how black people have nothing to lose and they are going to overwhelmingly vote for Trump, and you had all the black people props all over the RNC talking about all the stuff they’ve done for the black community. You heard [former White House press secretary] Sarah Sanders yesterday talking about all the things that have been done for the black community by the Trump administration.”

“Sean, you just laid out some facts, and this is the problem: See, the Democrats’ playbook is — no black can leave the plantation, we have to remain, if not, we’re going to be called names,” Terrell said.

“I’ve been called names recently, but here’s the point,” he added. “I want to speak directly to [Hostin] from ‘The View.’ I’ve got news for you, Sunny.

Terrell was referencing three black Americans who spoke at the Republican National Convention: Scott, the senator from South Carolina; Johnson, a criminal justice reform activist whose sentence was commuted by President Trump; and Ann Marie Dorn, the widow of the retired police captain shot during looting in St. Louis.

He also noted the implied insult that he didn’t make the decision to vote Republican on his own.

“I freely decided to vote Republican. No pay, it’s because I love this country,” he said. “So when you make this argument, as a lawyer, you should be ashamed of yourself, to call black Republicans a prop, that’s a … personal attack.”

It’s also worth noting that 83 percent support in a poll isn’t exactly a win for Biden. Trump’s support among black voters has been surprisingly strong; while the president won a percentage of the black vote in the mid-single digits in 2016, he’s consistently polled higher this year.

Given that even a slightly bigger sliver of the black vote could put him over the top in states like Pennsylvania and Wisconsin, this isn’t a small deal. No, it’s nowhere near a majority, but baby steps.

So, how do you lose black voters? Call them “props.” Call Tim Scott’s criminal justice legislation “token,” the way that Senate Minority Whip Dick Durbin, an Illinois Democrat, did in June.

Or perhaps nominate a candidate for president who gave this compelling argument for why he should rake in the black vote:

.@JoeBiden: “If you have a problem figuring out whether you’re for me or Trump, then you ain’t black.” @cthagod: “It don’t have nothing to do with Trump, it has to do with the fact — I want something for my community.” @breakfastclubam pic.twitter.com/endvWnOIV2

Democrats don’t want to admit black voters have a reason to vote for Republicans.

They don’t acknowledge the historically low black unemployment rate under the Trump administration.

They don’t realize defunding and defanging the police hurts many of the minority communities Democrats purport to help.

And most importantly, they don’t realize what flagrantly taking an entire bloc of people for granted does.

This attitude will eventually come back to bite Democrats and bite them hard.

Whether or not it happens in 2020 remains to be seen, but this kind of patronizing attitude toward black voters simply isn’t sustainable.