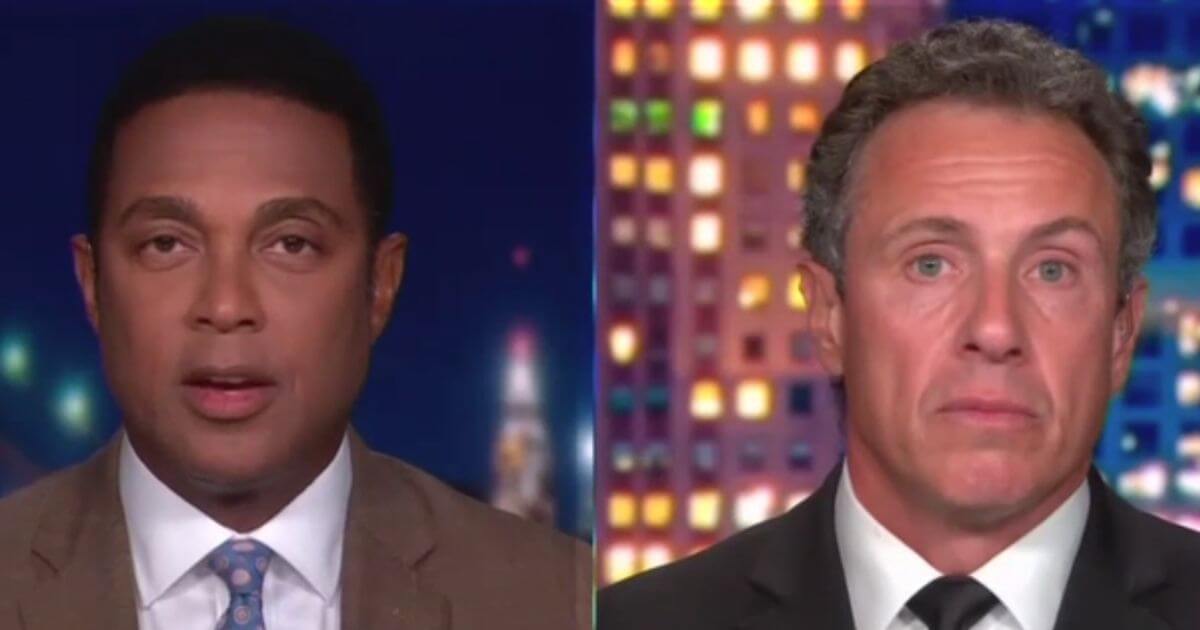 Both men concluded that poor white people are “suckers.”

Santorum argued that critical race theory is “divisive,” which led Cuomo to bring up the subject when he handed his show over to Don Lemon’s program, NewsBusters reported.

In their discussion, both hosts insinuated that white Americans who are living in poverty are simply not taking advantage of their white privilege.

Lemon likened white Americans who are not wealthy to race junkies who are in denial.

“When has anyone ever admitted that they had a problem? Have you ever known, have you ever had a family member or a friend who had an issue whether it’s addiction or whatever it is who admitted to it?” he asked.

Cuomo answered, “People don’t like to admit they have problems.”

Both men agreed that white people who are not wealthy are suckers being taken advantage of by the president, and they both agreed that Trump’s refusal to brand the country as systemically racist inspires his supporters to be even more racist.

Lemon argued, “[Poor white people] should not be blaming the people who don’t have agency in society along with you. There is another blame for it. But it’s not those people. You’re just being pitted against those people because someone is taking advantage of you. You’re the mark. You’re the person that’s keeping the other people rich, keeping the other people in power.”

“They’re playing for a sucker. You are the mark to the con that is going on. So this whole idea about there is no privilege in society for white people, that’s bulls—. There is a privilege,” Lemon replied.

WARNING: The following video contains graphic language that some viewers will find offensive.

Both hosts also criticized men for not surrendering their apparent gender privilege over to women.

Somehow, though, those weren’t the only disgusting comments made during the segment.

Lemon argued that criticizing Marxism, which is embraced by the Black Lives Matter movement, is a “boogeyman” to turn white people off from the leftist movement.

Activists actually want to see a system of racial superiority where white Americans must bow, kneel or lie down for other Americans based on the color of their skin.

Both hosts were openly prejudicial while hiding under the guise of being anti-racist.

They hate Trump and anyone else who refuses to kowtow to radical leftist agendas and movements.

Of course, opposing actual racism is valiant and honorable.

But if the movements across the country opposing perceived systemic racism and perceived police brutality have taught us anything this year, it’s that many of those who purport to champion equality actually want supremacy.

Black Lives Matter movement activists, and those who champion them, don’t want racial unity; they want a divided society that punishes white Americans.

Lemon, who is both gay and black, actually diminished his own success in media by asserting he only cashed in because some poor, white “sucker” somewhere wasn’t smart enough to do the same.

Nevermind that America is a meritocracy.

Forget decades of racial progress, not only in this country but globally.

The left will say anything that can keep the conversation about race and color.

Democrats and their media allies must always attempt to keep people divided into groups, because without stoking fears about racism, the Democratic Party would have no platform.