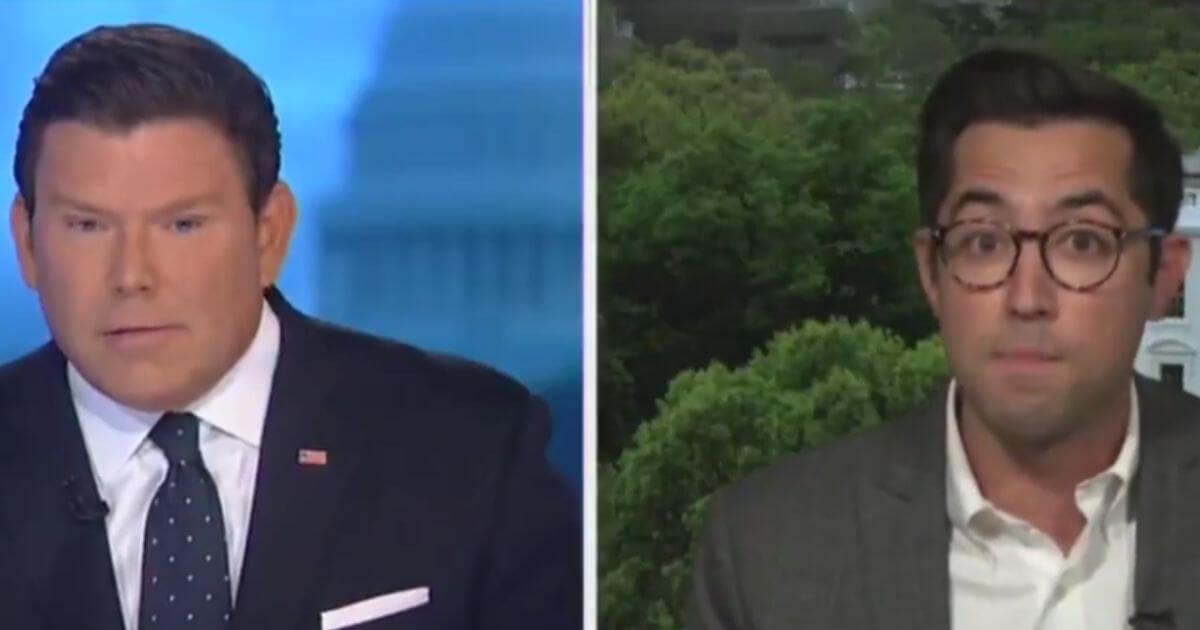 If you are a spokesperson for a political candidate, you should be prepared to answer questions you might not like.

This is particularly true when such questions are straightforward and predictable.

“Has Joe Biden ever used a teleprompter during local interviews or to answer Q&A with supporters?” Baier asked.

“Bret, we are not gonna engage — this is straight from the Trump campaign’s talking points,” Ducklo responded.

Ducklo went on to say he wouldn’t “allow the Trump campaign to funnel their questions through Fox News.”

Has Joe Biden ever used a teleprompter during a TV interview?

TJ Ducklo refused to answer and instead had a meltdown. Disaster of an interview for the Biden campaign. pic.twitter.com/OEyi2eb31L

Does Ducklo realize how bad this looks? Baier conceded that the teleprompter question is a Trump talking point but tried to explain that doesn’t make the question invalid. Still, Ducklo refused to answer it.

His meltdown likely only led viewers to assume the answer must be “yes.”

This isn’t just a Trump campaign talking point or a distraction cooked up by Fox News. This is a question being posed by Americans across the country.

Regardless of their feelings on Trump, many Americans have serious, legitimate concerns about Joe Biden’s health and whether he is mentally fit for the demanding job of president of the United States.

Whether Ducklo is willing to admit it or not, there are myriad instances of Biden apparently referring to a teleprompter in recent interview clips.

Joe Biden is totally LOST without a teleprompter.

Here he is fumbling around, trying to think, before finally asking staff to “put that back on.” pic.twitter.com/fHslgB31CN

Joe Biden is relying on a teleprompter to answer questions: “move it up here,” he tells his staff.

There are long pauses between his words as he waits for the prompter to scroll. pic.twitter.com/zYlMbfd2mA

Joe Biden motions to staff to change the teleprompter:

Nevertheless, Ducklo imploded at the question.

This is the perfect example of a campaign averse to questions or criticism. Biden and his campaign are continually asked friendly, softball questions — in some cases likely pre-approved with prepared answers. More difficult questions are deemed “Trump talking points” and are therefore not answered.

This is a presidential campaign. Even if the questions are Trump talking points, that shouldn’t be an excuse to ignore them. Rather, it should be an opportunity to clarify your own positions.

Biden and his team are unwilling — or unable — to respond to legitimate criticism. That’s why Biden sat down for an interview with Cardi B but has avoided heavier hitters.

Trump must not miss his chance to go straight at Biden during a debate. It’s clear that the media, with the exception of Fox News, won’t do it for him.

In the meantime, I doubt we’ll see Ducklo back on Fox anytime soon.