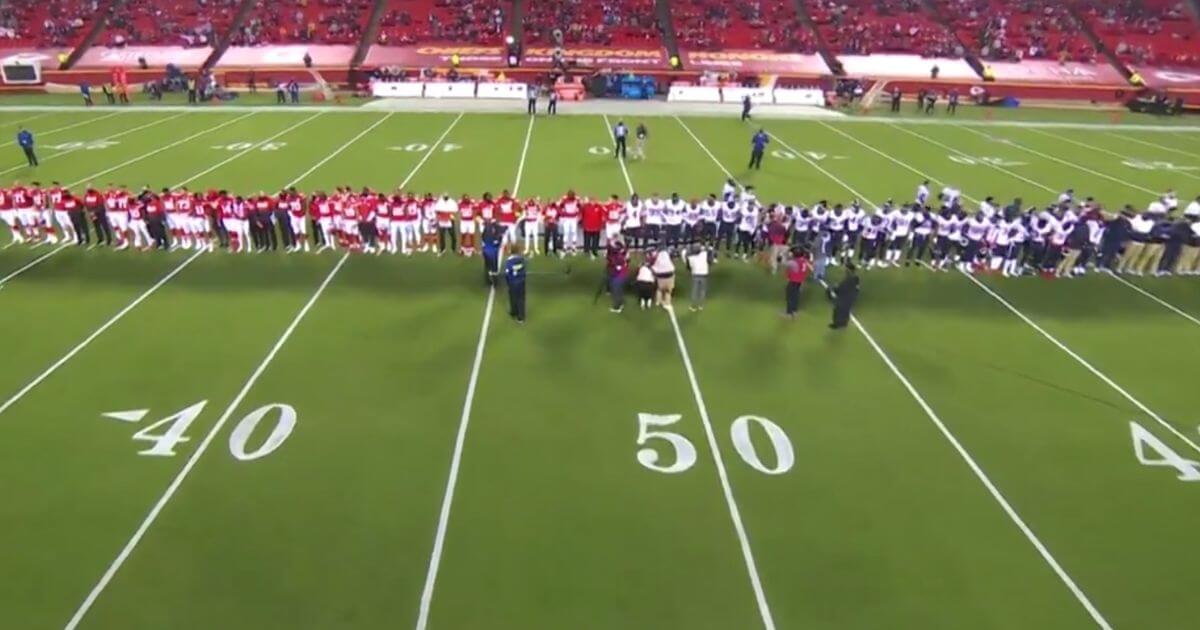 This time, however, it had absolutely nothing to do with national anthem protests.

Instead, the social media controversy was focused on what the fans did, and not the players.

After the playing of the national anthem, but before kickoff, players and coaches from the Houston Texans and Kansas City Chiefs gathered midfield for a “moment of silence.”

But this demonstration apparently didn’t sit well with many of the fans at Arrowhead Stadium.

A moment of silence dedicated to the ongoing fight for equality in our country. #ItTakesAllOfUs pic.twitter.com/srC0SlnWdh

The Chiefs fans, whose numbers at Arrowhead were diminished with the ongoing COVID-19 restrictions, were still loud enough for the booing to be very audible.

Social media came alive with various observers blasting the Chiefs fans as “racists” and lamenting the boos during the locking of arms.

It’s not fair to lump all of Chiefs fandom together as insensitive and certainly not fair to outright call them “racists.”

Now, could there be some fans who are racist and hate the idea of unity? Of course. It would be naive to suggest there aren’t wretched people out there.

But it’s just as naive to somehow suggest that all the fans there are racist.

Perhaps not all of the booing was aimed the concept of equality. It would be more than fair to suggest that after the recent surge of social justice virtue-signaling that has taken over the professional sports world, fans are just a little fatigued on it.

To be perfectly clear, concepts such as unity and equality are wonderful and should be celebrated and striven towards. Anyone who boos those ideas probably is lacking something morally.

Point being, there very well could have been fans booing equality.

There also could have been fans who were booing being lectured to about the chaotic state of this world when they’re trying to find an escape from it.

One thing is clear, however.

No matter how good their intentions, the NFL runs a very real risk of alienating its fanbase by constantly lecturing to them that they need to be embracing social justice causes.

Just listen to the fans.