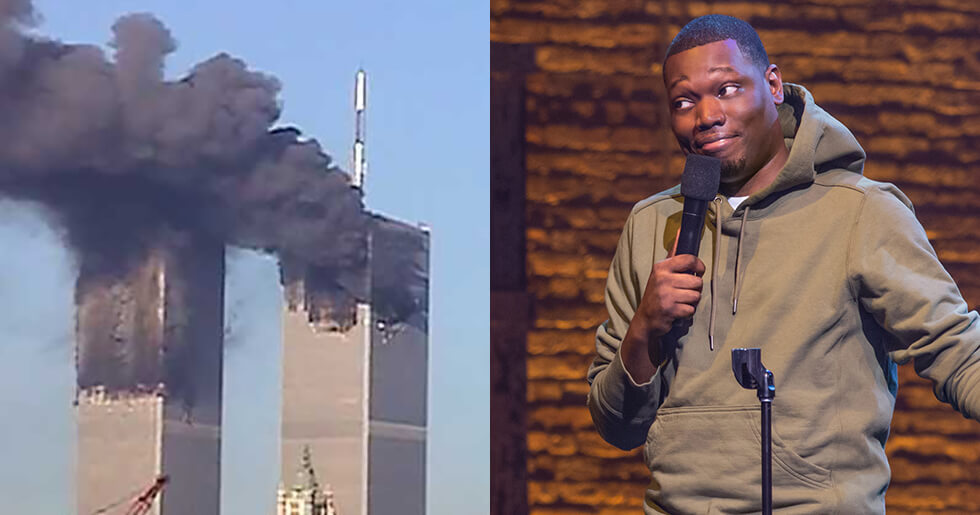 If the Black Lives Matter, Antifa loving youth of the United States has proven anything in 2020 it is that there is nothing sacred to them.

They denigrate the police, the military and the very nation they live in. And on Friday, September 11, the anniversary of the worst attack in the history of our nation they took it a step further.

That is the day these miscreants, these dregs of society chose to take to Twitter and trend the hashtag #AllBuildings Matter.

Judging by some of the videos shared from this group of heartless miscreants it appears the saying comes from a Netflix comedy special done by “Saturday Night Live” star Michael Che.

TRENDING: Biden’s Former White House Stenographer Expresses Deep Concerns About His Mental Acuity, Says Not The Same As When He Was VP

“They don’t tell you black lives don’t matter,” Che said in his 2016 special. “That’s not what they say — that’s not the argument.

“They hit you with that slick sh–. Like, well, ‘All lives matter. ‘ Really, semantics? That would be like if your wife came up to you and was like ‘Do you love me?’ And you’re like, ‘Baby, I love everybody, what are you talking about?’

“Segregation. ‘You guys got Black History Month out of it. We gave you February.’ Police shooting. ‘That was two weeks — come on, still?’ 9/11. ‘Oh, never forget,’” he said before getting to his oh so hilarious 9/11 quip.

“That’s why this September, I’m getting a t-shirt that says, ‘All buildings matter.’ I’m gonna see how that works,’” he said.

Well apparently, some young people, who were either not born when the attacks happened or are too young to remember, took his advice.

#AllBuildingsMatter but we should get over murder, torture, rape. And still we should suffer in silence being targeted today? pic.twitter.com/REfBXYfi1t

Maybe if the Twin Towers just followed the Planes orders, it wouldn’t be a problem

us: black lives matter
people with half a brain cell: yeah but ALL LiVeS mAtTeR
us:
us: ok
us: lol then i guess #AllBuildingsMatter
them: HoW dArE yOu ThAt iS sO diSrEsPeCtFuL

9/11 is sad but let’s remember that #AllBuildingsMatter

Maybe if the buildings moved out the way or I dunno “complied” they’d still be there #AllBuildingsMatter https://t.co/gEOP9TTNIb