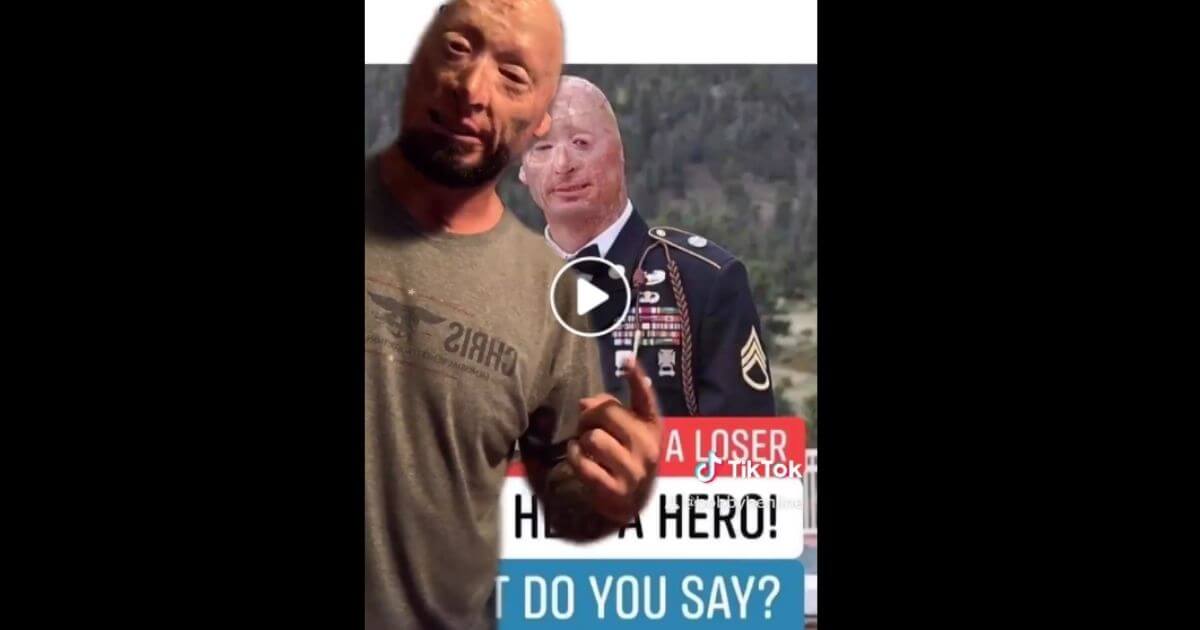 Who would have thought that Democrats would be the ones using wounded veterans for votes this election?

Democrats are now pretending to be scandalized by Jeffrey Goldberg’s article in The Atlantic last week in which anonymous sources claimed President Donald Trump refused to visit a French military cemetery for American troops who died in World War I during a 2018 visit because it was “filled with losers.”

The article also claimed that Trump didn’t want to lower the White House flag to half-staff when former Arizona GOP Sen. John McCain, a Vietnam-era prisoner of war, died. (“What the f— are we doing that for? Guy was a f—ing loser,” Trump is alleged to have said.) Trump also supposedly wanted wounded veterans kept out of a military parade, allegedly arguing that “[n]obody wants to see that.”

All of a sudden, you’d have believed that the Democrats — members of a party which, during the 2018 midterms, didn’t even flinch at Kyrsten Sinema’s history of anti-American Iraq War protesting as she successfully campaigned for an Arizona Senate seat — were aghast at a hazily sourced report of the leak-averse Trump saying very problematic things about visiting a cemetery full of Americans who died in war. No one questioned the piece or the fact that it came out years after the alleged incident occurred.

Instead, it was straight ahead with the new strategy, impugning Trump and “supporting” our veterans. So quickly was this course of action decided upon that nobody bothered to check whether the wounded warriors who some liberals were using on their anti-Trump memes were on their side.

As it turns out, that might have been helpful.

Bobby Henline is an Army vet who was the only survivor out of five who were caught in an IED blast in Iraq, according to Fox News.

Henline, who served four tours in Iraq, is now a comedian and motivational speaker. And he says his picture is currently being used in what he calls “propaganda” circulated among Democrats in social media circles.

“Trump says he’s a loser. I say he’s a hero! What do you say?” asks the specific meme in question, which features an image of Henline.

Well, what does he say? If you don’t bother asking, this is what you get:

WARNING: The following video contains vulgar language that some viewers may find offensive.

“Are we done lying to people?” Henline says in the video, asking liberal meme-makers to “stop using my image.”

“People, stop using me for your propaganda, for your agenda. I’m not here for that. I don’t know what Trump said, but I’m sure he didn’t call me a loser. I didn’t hear him call me a loser, so this has got to stop. Stop using my image.”

At the end of the video, he makes it clear he wants the media to know his side of the story.

“Let’s get this out there on a bigger platform so people would know not to use me — not to put a face to whatever this is they think he said. It’s ridiculous.”

Well, seek and ye shall receive. His video was originally posted to social media on Monday. On Tuesday, the very network Henline named published an interview with him.

“I’m just so irritated that they put my image up there because now it looks like the president’s calling me a loser,” Henline told Fox, referencing Trump’s supposed remarks.

“And they’re using that to sell something that they believe in for their agenda,” he said. “It’s not fair to put [veterans] as props in the middle of all that.”

“Them taking that well-recognized photo and using it for their agenda and changing veterans’ mind, thinking the president talks to them like that is ridiculous,” Henline said. “And I believe it worked. And that’s why I want to get it taken down because it shouldn’t be working. People need to hear the truth. That’s my image. And it should not be up there speaking for me.”

He also says he doesn’t buy The Atlantic’s article.

“I really believe the president didn’t say this,” he added.

“There’s been anonymous sources and there have been other sources in the room that aren’t necessarily friends with the president or believe in his ways, but they’re still not going to slam him and make up this rumor and keep it spreading. I don’t think he really said this.”

It’s amazing the alacrity with which the left has jumped onto the narrative that President Trump called those who gave everything for our country “losers” and “suckers” — including a slickly produced ad featuring military families released just hours after publication of the piece in The Atlantic, according to Bloomberg, something which has the whiff of collusion about it.

Do you think the media creates and promotes anit-Trump propoganda?

There’s a next-level issue, however, when you’re using a photograph of a veteran who doesn’t want to be involved, particularly if we’re talking about a wounded veteran.

Veterans are being used as props by the left — and should Democrats retake the White House, you can bet this will be the last time you see Bobby Henline mentioned by those who posted this meme.

Perhaps they ought to take Henline’s advice: “Go on what you have with facts,” he told Fox News. “If you don’t have the power to win on your own merits, that you have to tear down your opponent, that’s a problem there.”