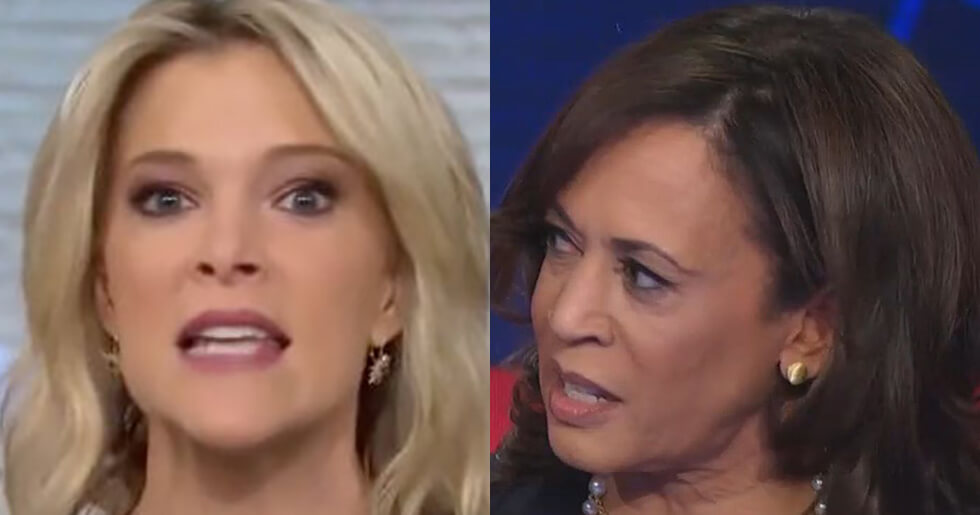 The vice presidential candidate visited Blake and his family as part of her tour of Kenosha, Wisconsin and told the accused criminal that she is “proud” of him, his attorney, Ben Crump, said.

“Sen. Harris had an inspirational and uplifting one-hour visit with Jacob Blake, Jr. and his family today. She spoke individually with each family member about how they were handling the trauma and urged them to take care of their physical and mental health,” Crump said.

Democratic VP nominee @KamalaHarris spoke to Jacob Blake today, told him she is proud of him. pic.twitter.com/oCLYIcn3RS

“In a moving moment, Jacob Jr. told Sen. Harris that he was proud of her, and the senator told Jacob that she was also proud of him and how he is working through his pain.

“Jacob Jr. assured her that he was not going to give up on life for the sake of his children. Sen. Harris also discussed the policy changes that she and Vice President Biden will seek, including the Justice in Policing Act and implicit bias training, to make things better for all Americans.

“She encouraged them to continue to use their voices even through their pain to help America make progress to end systemic racism,” he said.

She is proud of him? You have to wonder how his victim feels about hearing that a United States senator is proud of her alleged attacker. Megyn Kelly did.

“PROUD of him? He’s accused of breaking into a sleeping woman’s house, sexually assaulting her, humiliating her & later returning to harass her,” Kelly said.

“Then the cops she called for help say he resisted arrest, assaulted them & went for his knife. How about a word for his victim, Senator?” she said.

PROUD of him? He’s accused of breaking into a sleeping woman’s house, sexually assaulting her, humiliating her & later returning to harass her. Then the cops she called for help say he resisted arrest, assaulted them & went for his knife. How about a word for his victim, Senator? https://t.co/IryYbPAuf6

She was not the only one who was stunned that the Democrat candidate for vice president would say something so abhorrent.

BREAKING: Kamala Harris reportedly told Jacob Blake Jr. she is “proud of him.” He faces charges of sexual assault, among others.

Kamala Harris met with a criminal today who allegedly broke into a woman’s home, raped her, stole her car, and then resisted arrest. She told Jacob Blake she is “proud of him.”

Democrats have lost their minds.

There was a time when Kamala Harris would’ve prosecuted Jacob Blake, lit his ass up, and sent him to state prison for rape and violation of a restraining order.

Now she coddles him in his hospital bed and tells the worlds she’s proud of him.

This is what happened in the case of Jacob Blake, a man who was shot after fighting police who were arresting him for a warrant that included sexual assault, The Washington Examiner reported.

A man broke into the home of the mother of his children while she was sleeping, sexually assaulted her with one of her three children sleeping beside her, and stole her car keys and debit card, a criminal complaint issued by the state of Wisconsin reads.

When the police were called to respond to that man again harassing the woman in violation of a recent restraining order, the police pursued him on the open warrant for his arrest as a result of the initial sexual assault.

The counts included third-degree sexual assault, criminal trespass, and disorderly conduct. The man, who had in tow three of children, attempted to resist arrest, escaping two tasers and reaching into his car where a knife was stowed.

Presumably fearing for his own life and the lives of all nearby, a police officer shot the man in the back.

The woman who survived the sexual assault has been pretty much ignored. But Jacob Blake, the alleged assailant, is now the darling of the Left and the media. Not only did he stand accused of that assault, but he knowingly endangered his own children’s lives by attempting to flee the police.

It is interesting how the #MeToo movement comes and goes for these Democrats when it does not fit their narrative.