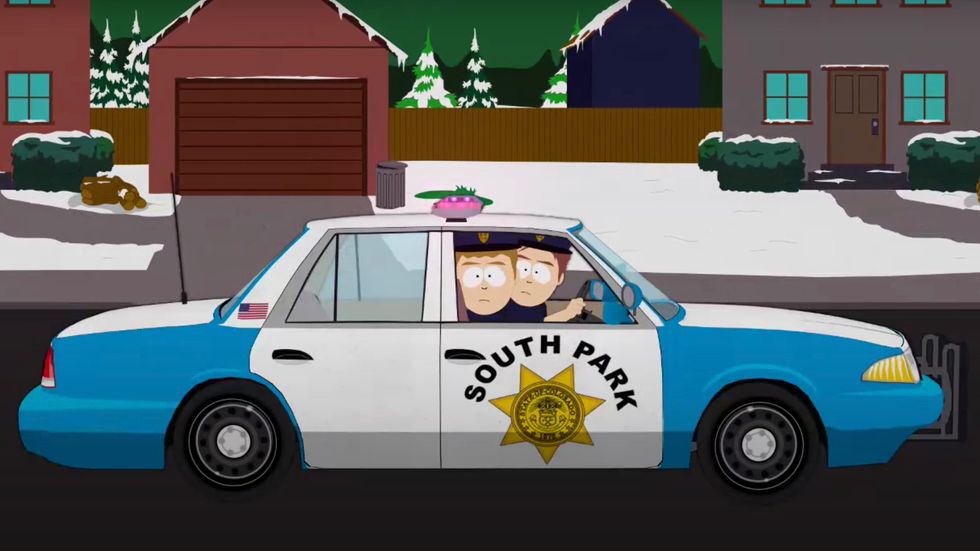 #DefundThePolice is the hot new bougie leftist cause these days, and like many times when liberals get upset, leftists have started to resemble the townspeople of “South Park.” Tell me that this NOT SAFE FOR WORK video doesn’t look familiar. The background is as follows. PC Principal called the police to arrest a little girl because she wouldn’t stop talking during an assembly. There was a commotion, another student was accidentally shot, and everyone hates the police. Queue the montage. Which, again, totally not safe for work.


The only thing missing is people taking down statues, which ironically enough “South Park” also covered. Also, any African-Americans. But I think I saw Token’s dad in one of the protests.

Obviously the specific event that set off both the “South Park” protests and our IRL situation are totally different. But we’re at the point of #DefundThePolice where a defunded police wouldn’t have prevented what happened, no one even knows what defunding the police means or can agree on the definition of “defund,” and people are just joining in so they can enjoy the smell of their own farts. They’re also the first people to call the police if they see someone walking down the block.


COPS: A Classic TV Show Cancelled– or Was It? | Louder With Crowder


Need a quick laugh? Check out and subscribe to our CrowderBits YouTube channel for Louder with Crowder skits, opens, and parody videos!