Skip to content
Ted Cruz and Ron Perlman Want to Fight Each Other. What Is Even Happening Right Now? 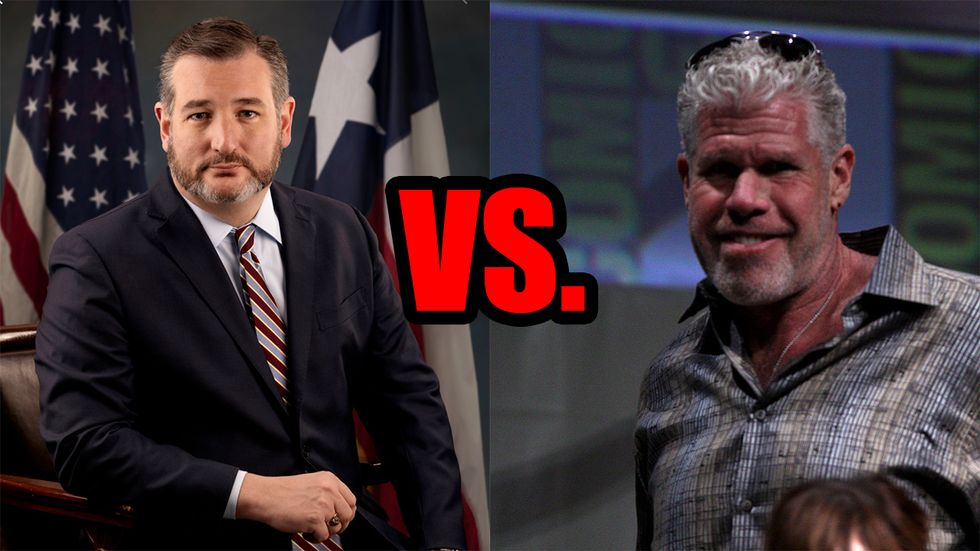 FTR vs. The Young Bucks. Chris Jericho vs. Orange Cassidy. Jon Moxley vs. Brian Cage. United States Senator Ted Cruz vs. actor Ron Perlman. Which one of these doesn’t belong? While the first three are why I tell the world to bugger off on Wednesday nights, it’s the politician vs. the make-believe tough guy that sticks out (see RON PERLMAN PEES ON HIS HAND FOR ANTI-TRUMP AND WEINSTEIN ANECDOTE and TED CRUZ BTFO’D MSNBC’S JOE SCARBOROUGH WITH A SINGLE TWEET). There was a time where there was more of a clear line between pro wrestling and politics. But that’s just the world we live in right now.

We begin with the actor getting sarcastically called out by the politician.

Let’s set aside the fact that the U.S. senator is better at trash talk than the guy who makes his living playing make-believe tough guys. I find myself of two minds over this, which is a position I find myself in more and more often. One mind is the guy who at least used to take politics seriously, is deeply concerned about the important issues facing his country, and can’t believe this is really where we are right now.

The other mind is that of the partisan comedy writer who hustles content for a living. That guy sees Ted Cruz verbally laying the smackdown all over Ron Perlman’s candy-ass and is totally here for it.

Where do you stand? Who do you think is going to come out the winner?


Not subscribed to the podcast? Fix that! It’s completely free.

The Myth of Men and the Female Action Movie// For Canon Sake Ep. 13

Trump complains about dishwashers in rant about energy-saving appliances

Conservatives Embrace The Need For Meaning