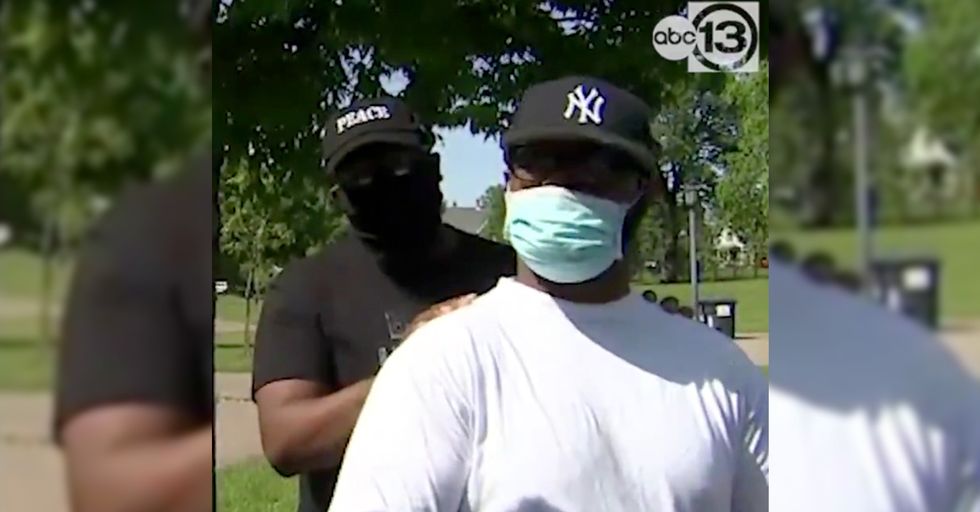 Meanwhile, while Antifa and too many Antifa grifters are getting their destructive rage on, George Floyd’s brother is calling for a ceasefire. Not that it’ll matter. If you have stuff to break, loot to steal, cars to smash, and buildings to set ablaze, a little call for peace from the guy’s brother you claim you’re doing this for, ain’t gonna stop ya. But for the sake of sharing the good news, here it is.

“Channel your anger elsewhere. This is not necessary. If his own family and blood isn’t doing it, then why are you?”
“Why are you out there tearing up your community? Justice will be served.”

It was a little slow for my liking, but at least the man who held George Floyd down, using his knee on Floyd’s neck, has been arrested and charged. Whether or not you or I would’ve been charged quicker with video evidence out there, who knows.

The riots aren’t about George Floyd. They’re something else entirely. Let’s stop pretending. If, on the off chance, you are rioting for George Floyd, stop. But we all know you’re not. You’re just being a monster to be a monster. Don’t pretend you have a higher purpose as you deck an innocent person in the face.


Need a quick laugh? Check out and subscribe to our CrowderBits YouTube channel for Louder with Crowder skits, opens, and parody videos!

White Working Class Voters Are On The Decline, This Means Trump LOSES In 2020 But Trump Has An Ace