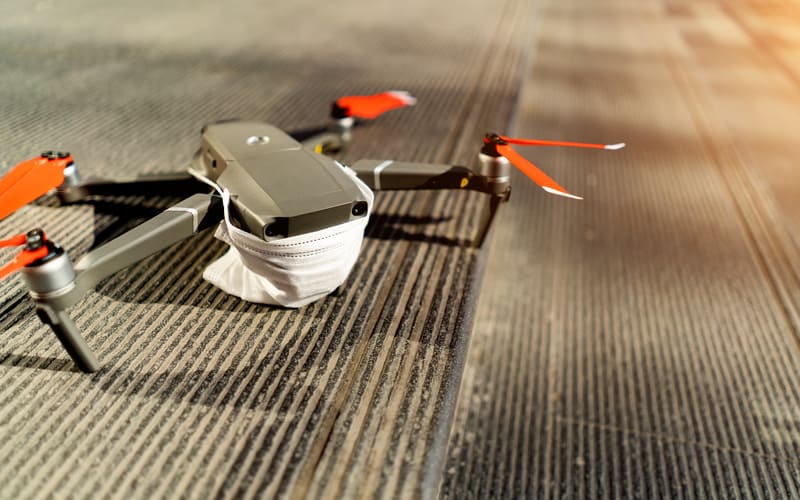 COVID-19 surveillance: the total recording & monitoring of society (being rolled out now as you read this) negates political threats & our natural rights.

For the state, there is one primary imperative—to remain in power at all cost. If this imperative is to be successful, the state must impose, by stealth or deception, a system capable of monitoring all individuals who may pose an immediate or future threat to its dominance.

The COVID-19 “crisis,” produced either deliberately or by an act of nature, provides the state with a nearly airtight pretext for the imposition of further surveillance of the public, in particular political adversaries.

The largely manufactured “war on terror” following the attacks of 9/11 produced the needed climate of suspicion and fear to make possible the implementation of the Patriot Act, “a domestic-surveillance wish list full of investigatory powers long sought by the FBI,” an agency that has for many decades served as a political police force, a fact made public during the Church Committee hearings in the mid-1970s.

Much of what we know about technological surveillance in the wake of 9/11 was gleaned from the revelations of Edward Snowden, a former NSA, and CIA employee. Snowden exposed a number of global surveillance programs, including PRISM and XKeyscore, the former in partnership with Microsoft, Apple, and Google.

“The story of the deliberate creation of the modern mass-surveillance state includes elements of Google’s surprising, and largely unknown, origin,” writes Jeff Nesbit for Quartz.

The NSA and CIA “research arms” funded “birds of a feather,” including Google, as part of an effort to track and trace individuals across the internet. Funding was provided in part by the National Science Foundation and Defense Advanced Research Projects Agency, also known as DARPA.

Human beings and like-minded groups who might pose a threat to national security can be uniquely identified online before they do harm. This explains why the intelligence community found [Google founders Sergey Brin and Larry Page’s] research efforts [into search engines] so appealing; prior to this time, the CIA largely used human intelligence efforts in the field to identify people and groups that might pose threats. The ability to track them virtually (in conjunction with efforts in the field) would change everything.

During the development of the Google search engine, Brin was in contract with an employee of the defense contractor MITRE Corp, a corporation “leading research and development efforts for the NSA, CIA, US Air Force Research Laboratory and US Navy’s Space and Naval Warfare Systems Command [and] the CIA’s internal Research and Development department,” according to journalist Kit Klarenberg.

The advent of social media further increased efforts to profile, track, and trace individuals. “You don’t need to wear a tinfoil hat to believe that the CIA is using Facebook, Twitter, Google… and other social media to spy on people,” CBS News reported almost a decade ago.

The coronavirus provides an additional pretense to further the already deep reach of the surveillance state and its corporate partners. The national security state has graduated from the exaggerated threat of Muslim terrorists in caves to an invisible pathogen a corporate propaganda media has exploited to frighten an ill-informed public—and thus clear the way for the state to introduce new and more intrusive surveillance.

Google and Apple have teamed up to create a system that tracks and traces individuals allegedly exposed to the coronavirus. “The technology would rely on the Bluetooth signals that smartphones can both send out and receive,” NPR reports.

If a person tests positive for COVID-19, they could notify public health authorities through an app. Those public health apps would then alert anyone whose smartphones had come near the infected person’s phone in the prior 14 days… The companies insist that they will preserve smartphone users’ privacy.

Google, however, cannot be trusted to preserve and respect privacy. In September the corporation was ordered to pay $170 million fine after it knowingly and illegally harvested personal information from children on its YouTube platform. Prior to this, the Silicon Vally tech giant was caught sharing its users’ personal information without obtaining consent. In 2014, Google was fined $22.5 million for implementing a workaround that let it spy on the browsing histories of mobile clients.

As Snowden recently pointed out, after COVID-19 runs its course the data collected will still be available to government and it will “use new causes like terrorist threats to justify continually gathering and analyzing people’s data.”

The expansion of the state’s surveillance network under the guise of protecting the American people from an invisible predator is being led by the son-in-law of President Trump, Jared Kushner.

“The proposed national network could help determine which areas of the country can safely relax social-distancing rules and which should remain vigilant. But it would also represent a significant expansion of government use of individual patient data, forcing a new reckoning over privacy limits amid a national crisis,” Politico reports.

Health privacy laws already grant broad exceptions for national security purposes. But the prospect of compiling a national database of potentially sensitive health information has prompted concerns about its impact on civil liberties well after the coronavirus threat recedes, with some critics comparing it to the Patriot Act enacted after the 9/11 attacks.

The state, however, is far less concerned with the health of the American people than it is with enhancing its control over them, in particular those involved in political activism outside predefined parameters set by the state and its political class.

If a total surveillance system is to be realized, people will be required to submit, not under duress or force but willingly and with open arms. Henry Kissinger declared after the LA riots that presented with the right crisis, people will turn to the state and demand protection.

“The one thing every man fears is the unknown. When presented with this scenario, individual rights will be willingly relinquished for the guarantee of their well-being granted to them by the World Government,” said the notorious Rockefeller operative. Kissinger made his remark during a Bilderberg meeting in Evian, France in 1992.

It is hardly surprising, then, that Kissinger used the exaggerated and media-hyped threat of a seasonal virus killing millions to argue in favor of world government. “Addressing the necessities of the moment must ultimately be coupled with a global collaborative vision and program,” Kissinger wrote for the Wall Street Journal.

This “global collaborative vision” of a one-world government cannot be effectively realized so long as there are political adversaries warning of lost liberty and the inevitability of totalitarianism inherent in the framework of so-called global governance. If allowed to be implemented, total surveillance will negate all political threats and our natural rights as well.

The post COVID-19, Smartphone Surveillance and the State appeared first on The Freedom Articles.

Things Aren’t Going According To Plan!