Skip to content
The U.S. Navy Was Worried This Old Russian Aircraft Carrier Could Sink 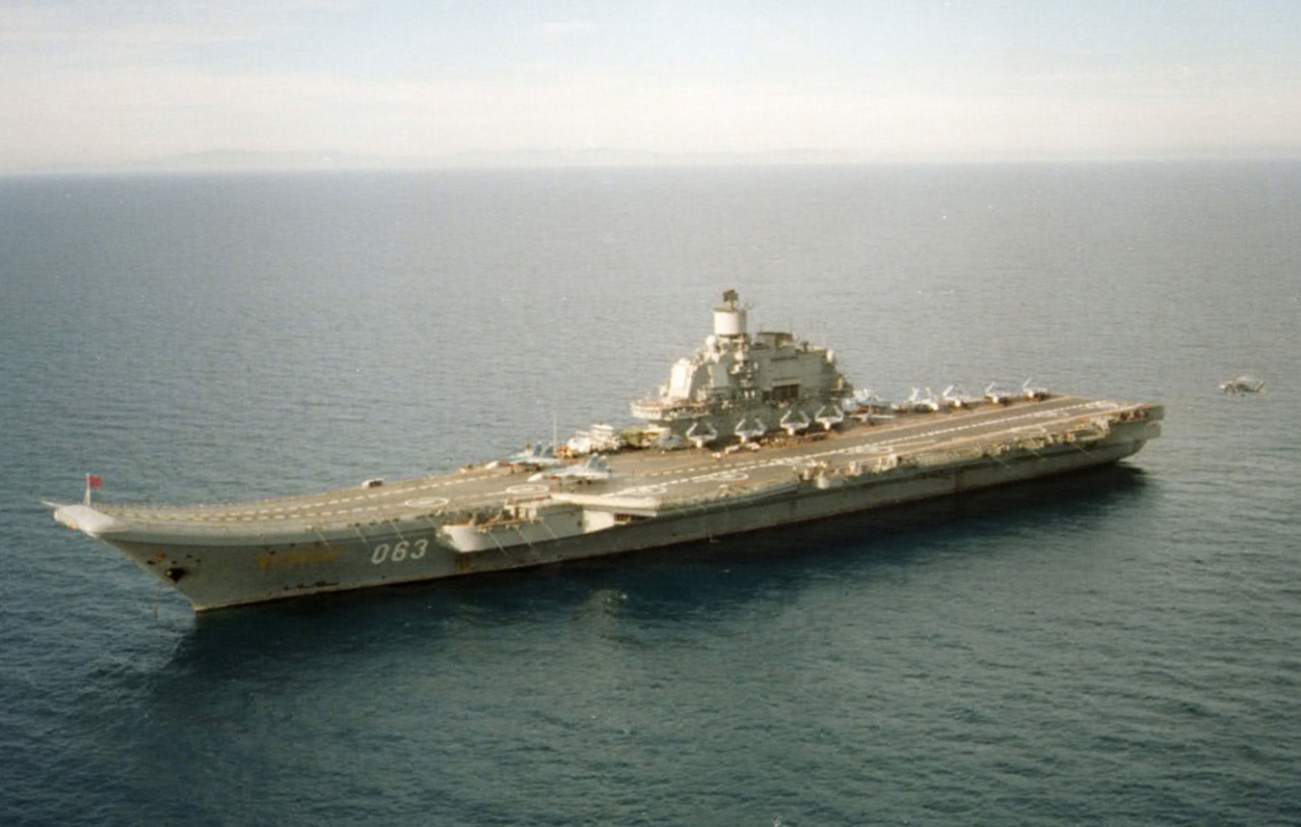 It’s the carrier’s reliability that’s an issue–not the weapons it carries.

Key Point: The Admiral Kuznetsov has a very troubling track record of performance.

In December 2011, the Russian navy’s aging, poorly-maintained aircraft carrier Admiral Kuznetsov departed from its northern base on the troubled vessel’s fourth deployment to the Mediterranean Sea.

True, the full-size carrier—which displaces 55,000 tons fully loaded—has a history of mechanical troubles since she entered service in 1991. But her operational tempo had increased, the result of a renewed push by Russian Pres. Vladimir Putin to get the fleet out into the oceans for training and patrols.

To that end, Admiral Kuznetsov has undergone some limited retrofits in recent years and participated in several missions to the Med, so the old vessel had done this kind of thing before.

But as the Kuznetsov rounded Europe and headed towards the Syrian coast, the U.S. Navy’s Sixth Fleet kept close by in case the carrier … sank.

It might be hard to believe, but it’s just one bizarre detail noted by journalist Michael Weiss in a essay on Russia’s military expansion.

Admiral Kuznetsov has a problematic history. One seaman died when the carrier caught fire during a 2009 deployment to the Med. During the same cruise, the flattop spilled hundreds of tons of fuel into the sea while refueling. Her steam turbines are so bad the ship has to be escorted by tugs in case she breaks down.

Not to mention the carrier is barely capable of doing what carriers are supposed to do: launch fighters. When she does, she uses a bow ramp instead of steam catapults, which forces reductions in the planes’ takeoff weight and patrol time.

Anyways, in 2011 despite the Americans’ concerns, Admiral Kuznetsov made it home to her home port at Severomorsk near Murmansk.

This first appeared in 2013 and is being republished due to reader’s interest.

Corbyn’s going, but will Labour kick its antisemitism habit?