Skip to content
Not a Secret: Why The U.S. Air Force Is Buying Russian Helicopters 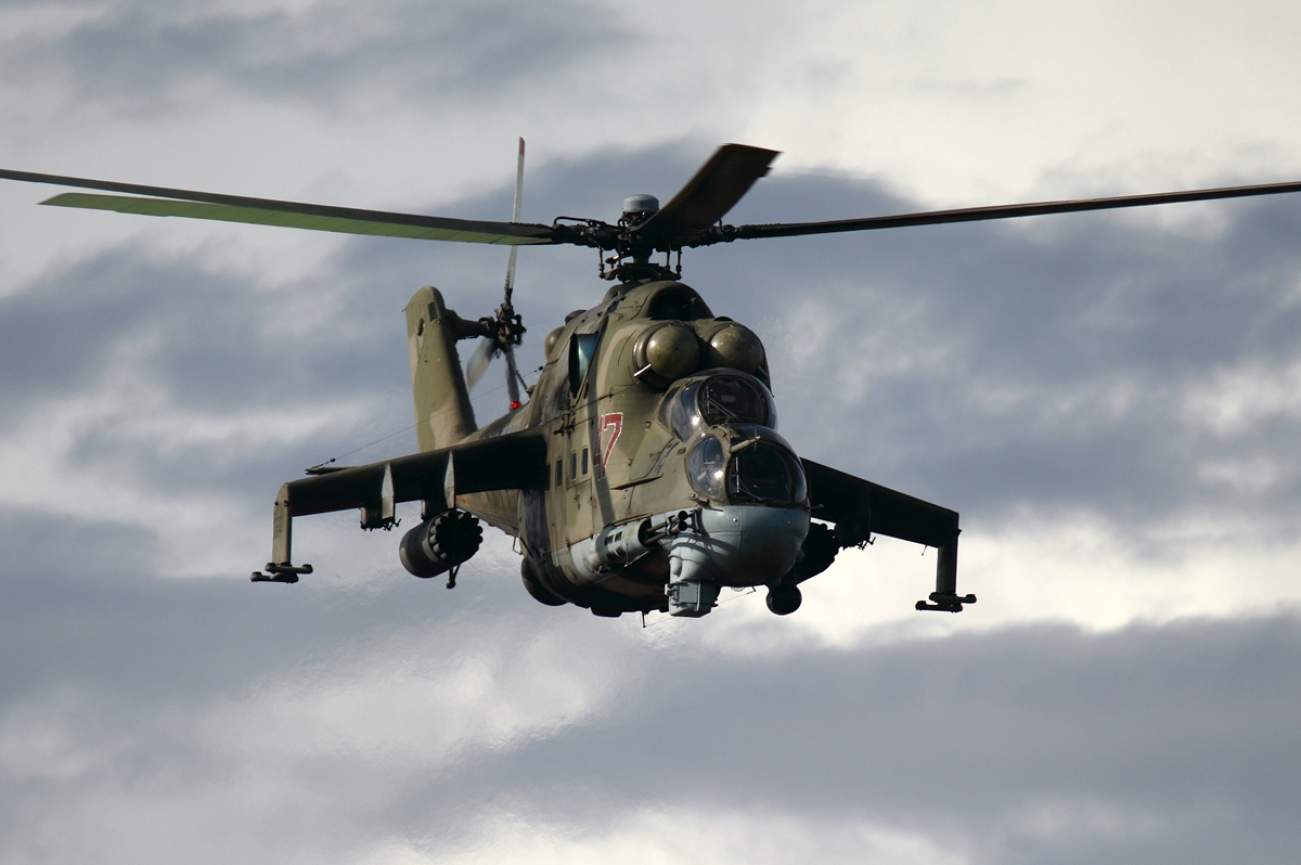 Key point: This could change in the event the United States goes to war with a high-tech foe.

The war game over Davis-Monthan Air Force Base in Arizona helped to prepare the base’s resident 55th Rescue Squadron for intensive warfare that could involved helicopter-on-helicopter combat.

Two Mi-24s deployed to Davis-Monthan for the training. Official Air Force photos depict the heavyweight, twin-seat ‘copters flying low over the desert and sharing a hangar with one of the 55th Rescue Squadron’s Sikorsky HH-60G Pave Hawk rescue helicopters.

U.S. forces have owned and hired Hinds since at least the early 1990s, when the fall of the Soviet Union made it easier to acquire the helicopters. Two military-owned Mi-24s reportedly reside at Nellis Air Force Base in California.

Tom Demerly of The Aviationist claimed the Mi-24s in Arizona were VTS’s. Their presence at Davis-Monthan points to increasingly challenging local training for resident units. The Hind like many Soviet-designed helicopters is capable of performing both air-to-ground and air-to-air missions.

In the air-to-air mode, the Hind can use its nose-mounted cannon and unguided and guided rockets to attack enemy helicopters. It’s arguably easier for a helicopter to attack another helicopter than it is for a supersonic fighter plane to do so, as the plane’s high speed can make it difficult for the pilot to get a clear shot before he passes overhead.

It’s for that reason that the Air Force assigns subsonic A-10 attack jets to escort rescue helicopters and protect them from enemy ‘copters. The slow A-10 probably is a better ‘copter-killer than a fast F-16 is. A Hind could be an even better counter-helicopter platform.

“This is the first time this training has been done outside of the weapons school at Nellis [Air Force Base],” Capt. Kurt Wallin, a 55th Rescue Squadron flight commander, told an Air Force reporter. “This is a big step we’ve taken to increase our training capabilities since it is the first time we have trained outside of HH-60G [Pave Hawk] versus HH-60G. This training lets us see the capabilities of other aircraft against our own, and improve our own tactics and procedures.”

The Air Force’s roughly 100 Pave Hawks transport pararescue jumpers on missions to retrieve downed pilots and stranded ground troops and also pick up wounded personnel from dangerous battlefields. The flying branch has begun buying a new model of the HH-60 to replace the 1980s- and ‘90s-vintage G-models.

Pave Hawks for years have flown in combat in the Middle East and Afghanistan. While their crews have braved ground fire and dangerous weather and terrain, they haven’t had to contend with enemy forces operating their own armed helicopters.

That could change in the event the United States goes to war with a high-tech foe. The November 2019 war game in Arizona reflected that new mindset. “The 55th started this training program to set the expectation for how we are going to do business from now on,” Wallin said.

“We want to increase our capabilities going forward to prepare us to fight in a near-peer environment, which is what [Air Force chief of staff] General [David] Goldfein has directed us to do and to execute the mission he has set for us.”

The U.S. Marine Corps in 2018 asked contractors to provide Mi-24s or Mi-17 Hip transport helicopters to function as opposing forces in the service’s own war games in Yuma, Arizona.

“The [Mi-24] attack helicopter, due to its size, flight profile, firepower and defensive maneuvering capabilities, constitutes a unique threat creating a realistic, dissimilar and credible opposing force,” the Corps stated.

David Axe serves as Defense Editor of the National Interest. He is the author of the graphic novels  War Fix, War Is Boring and Machete Squad.

Russian official: Western politicians shifting blame from their mishandling of pandemic onto China