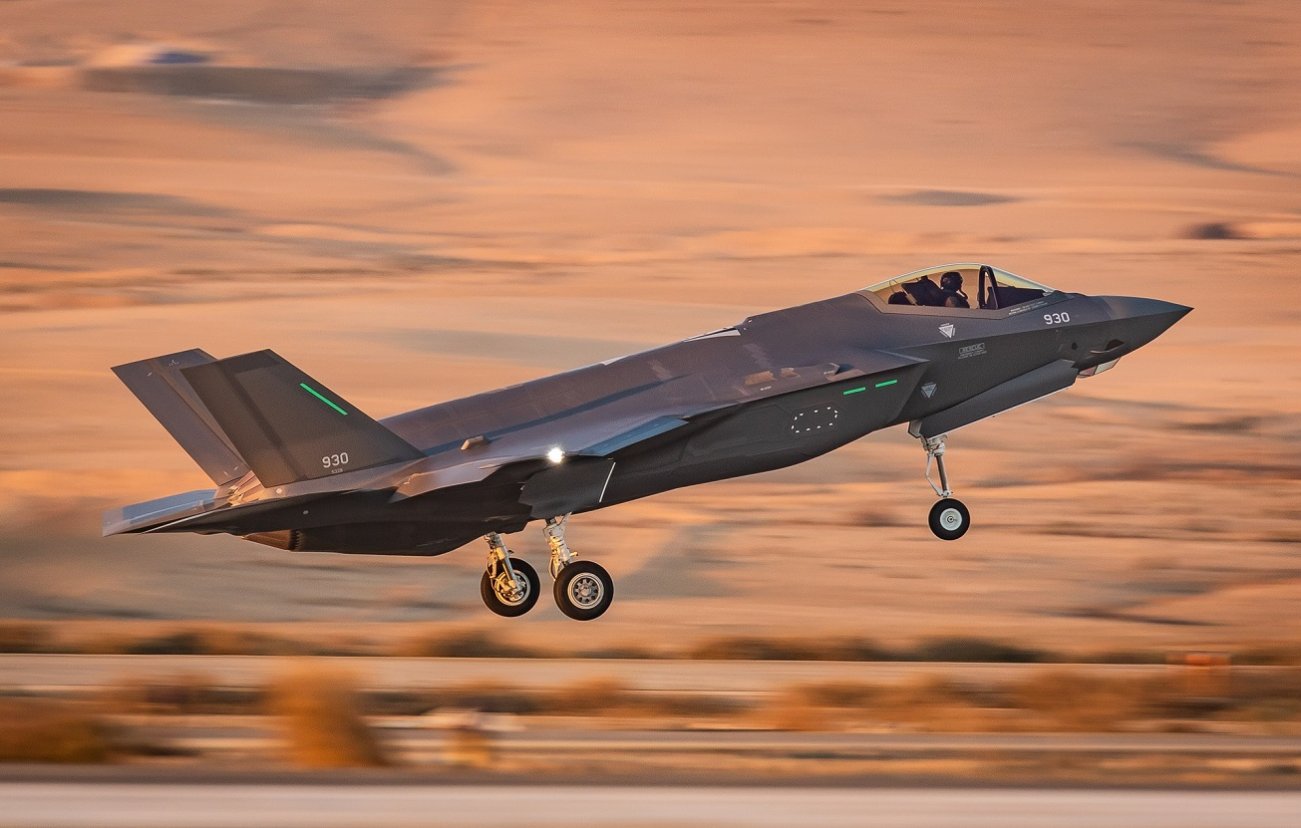 “We will evolve as our enemies evolve,” the IDF says.

Israel rolled out a new plan this month to take advantage of Israel’s technological edge, blending them with the best weapons systems like the F-35i and using it with extreme effectiveness against enemies.

The plan, named Momentum, has been in the works for a year and was rolled out in February 2020 to prepare Israel to confront Iran, Hamas, Hezbollah and other threats over the next decades.

The plan is designed to build on the Gideon five-year plant that was announced in 2015. The goal is to reduce redundancy and save costs as well as introduce new technologies. It cuts down reserve forces, while focusing on cyber, multi-layered air defense such as the Iron Dome, and bring the F-35 to Israel for the country’s first squadron. Now Israel has two squadrons of the F-35 and will eventually build a third. It could eventually have 75 in total.

The F-35i, because of all of its capabilities, is a foundational part of Momentum, as it greatly increases the chances Israel would have air superiority in any conflict. “It has amazing capabilities,” says International spokesperson for the IDF, Jonathan Conricus.

Momentum was supposed to be rolled out earlier, however, Israel is facing its third elections in a year in March 2020, which means some necessary issues of having a coalition government, budget and all the approvals were delayed. The endless elections were a “logjam,” Israel’s Israel HaYom says. Nevertheless, the need to confront an Iranian threat has forced Israel’s hand and the army wants to get going with this plan.

In a briefing in mid-February, Conricus explained the core parts of Israel’s plan. First, while the plan is set to continue for five years, its effects will be felt through 2030. It comes under the tenure of Chief of Staff Aviv Kochavi and will focus on the strategic environment, global trends, counter-terrorism and Israel’s “third circle” threats, which is the term Israel uses to denote Iran. The enemy is changing from terrorist groups to what Israel calls “terror-armies.” These combine aspects of terror and guerilla groups with the structure of armies.

While Israel must confront these groups with precision weapons, it must also defend against high trajectory threats, such as Iran’s ballistic missiles. Israel must enhance its defensive capabilities to face things like Iran’s cruise missiles as well.

Israel is planning for increased battles in urban areas that are more restrictive for hi-tech militaries. The country must also prepare for a multi-front war against Iran and Hamas and Hezbollah at the same time. To achieve victory, Israel says that it must shorten the time of such a war and achieve more on the battlefield at the same time. “Think of a triangle,” says Conricus. On one node is time and another is achievement and cost. Cost and time must remain low while achievement is high. “The environment is changing, this necessitates understanding the changes and addressing them in training, equipment, doctrine, manpower and material.”The main goal for now, with technology like the Israeli-modified F-35, many of whose features remain secret, is to create a bigger gap between Israel and its enemies. This goes beyond the “qualitative military edge” Israel once sought over conventional enemies and it seeks to go past Israel’s “war between the wars” which has led to managed conflicts with Gaza and Iran’s entrenchment in Syria. For instance, Israel has faced 2,600 rockets fired from Gaza in the last two years while carrying out more than 1,000 airstrikes on more than 200 Iranian targets in Syria over the last several years.

How Israel Can Achieve ‘Momentum’:

How will Israel achieve all of this? It will seek to deny its enemies the ability to communicate and prevent them from re-supply so they can’t use all their capabilities. New technologies used in this  “multi-dimensional” war will “maximize all our advantages using all our forces, including air, land, sea, cyber and intel,” Israel says. Air forces operating by themselves or navies on their own are a “relic of the past,” the IDF says. It wants to use all its forces to give units in the field the best possible real-time intelligence and general staff capabilities. That will also mean a lot more precision-guided munitions and UAVs. It is “uncharted territory,” the IDF says.

Jerusalem will dedicate a general to focus on the Iranian threat and the unit will have its own headquarters. There will be more use of big data and artificial intelligence, something Israel already excels at. The country will streamline armored units, retiring older tanks, and create a new infantry unit. The end result, Israel says, is that the army will be able to deliver a “swift and massive” blow against adversaries. It will defend against high trajectory rocket fire and use systems like the F-35 squadrons more effectively. The air space may be more crowded, with more drones and unmanned platforms, communicating with future armored fighting vehicles on the ground and using standoff precision missiles. “

“We will evolve as our enemies evolve,” the IDF says.

Seth J. Frantzman is a Jerusalem-based journalist who holds a Ph.D. from the Hebrew University of Jerusalem. He is the executive director of the Middle East Center for Reporting and Analysis and a writing fellow at the Middle East Forum. He is the author of After ISIS: America, Iran and the Struggle for the Middle East (forthcoming Gefen Publishing). Follow him on Twitter at @sfrantzman.