Skip to content
We Ran The Numbers: A War With North Korea Could Kill Millions 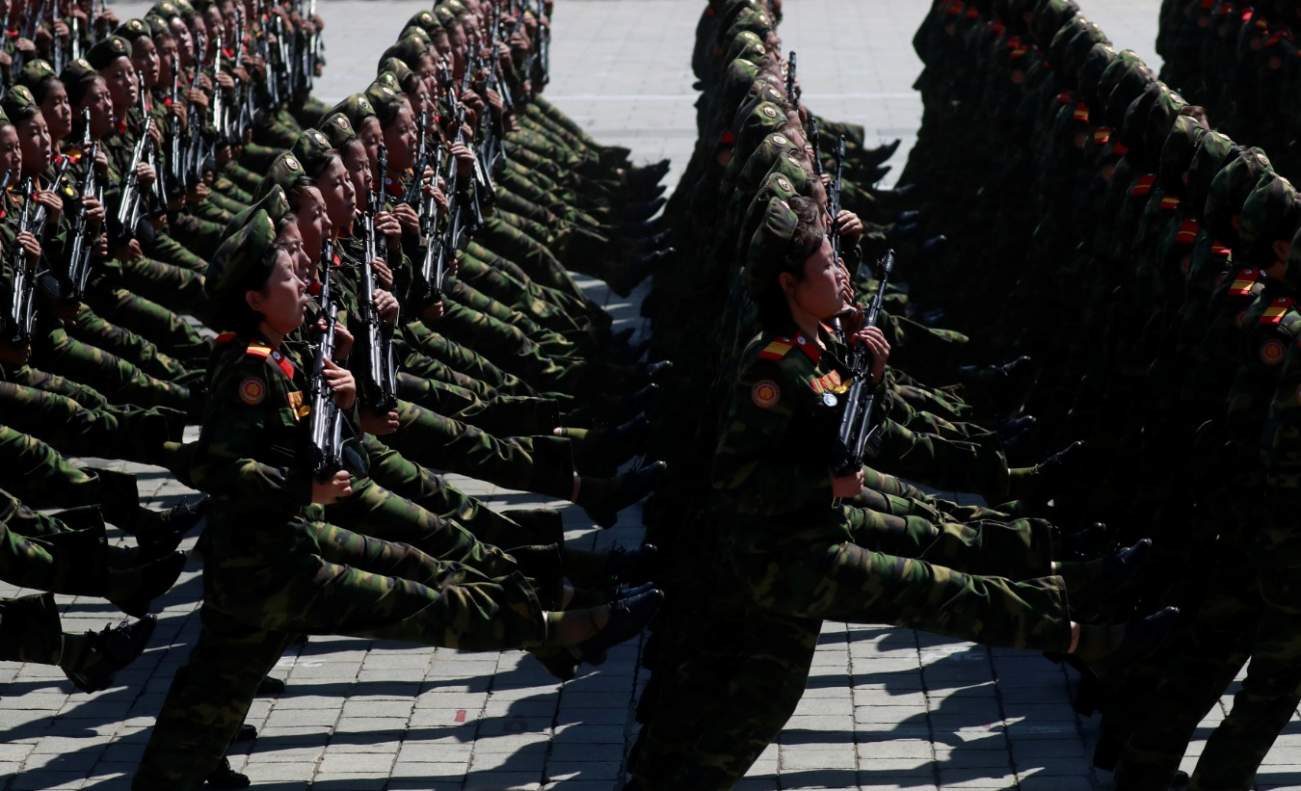 Key Point: Wargames can also be great for data visualization.

I bought a wargame called Next War: Korea, and I’m playing it right now. It cost me $80, and I believe it’s going to offer me some meaningful insight into how a real war in Korea might play out.

The Korean peninsula is, acre for acre, one of the most heavily militarized places on earth. I expect casualties will be heavy, just as they would be in a real showdown between North and South Korea and their respective allies.

Next War: Korea plays out on a sprawling poster-sized map of the Korean peninsula, modeling all major towns and cities, lakes, rivers, fortifications, ports, airfields and the DMZ. Ground and air units on both sides are represented by cardboard counters, with NATO-style unit symbols and their attack, defense and movement abilities abstracted into raw numbers. The objective of the main scenario is for the North to invade and occupy South Korea — or at least a significant portion of it.Loading Ad

Seven days into the war, the death and destruction on both sides is a sobering reminder of what happens when large armies go to total war.

People have been killing each other in games for thousands of years. Combat simulations are so common that we don’t even think of the simplest ones, like checkers and chess, as being war-related at all. They’re just games, their martial past lost to history.

Wargames have taken on an entirely new dimension since World War II. They’ve grown more sophisticated, with intricate rule sets and encyclopedic amounts of information being pumped into increasingly sophisticated simulations. The goal has been a more scientific understanding of war in an age when nuclear weapons have made avoiding all-out warfare a matter of human survival.

Today the Pentagon regularly conducts wargames, from the Air Force’s Red Flag mock air combat to strategic exercises such as 2002’s controversial Millennium Challenge. We can’t all sit in on the these games, as much as we’d like — many are classified. But that doesn’t mean we can’t run our own wargames.

Using simulations like Next War: Korea to anticipate the outcome of possible real-life battles is fraught with problems. The game is subjective from the ground up, particularly its assessment of the effectiveness of various military forces.

The game designer must take a lot of information and make abstractions and comparisons about nearly everything, using whatever data points he can find. The F-16 fighter’s got a long combat record, allowing for pretty accurate modeling. But the fighting ability of the North Korean 105th Armored Division, which hasn’t seen battle since 1953, is purely a matter of conjecture.

A U.S. F-15C fighter has an air combat value of five, while a North Korean MiG-21 has a value of two, making the F-15C more than two-and-a-half times more powerful in air-to-air combat. A B-52 bomber squadron is twice as powerful attacking ground targets as a North Korean Su-25 bomber squadron. That too may sound inaccurate until you factor in range and sortie generation.

This abstraction converts entire armies and air forces into cardboard counters that battle their way from one end of the Korean peninsula to the other.

The game’s map itself is useful in studying the ways war in Korea might play out. Many wargame maps do a great job of reducing overwhelming amounts of map data to just the most critical information. The maps tend to emphasize political and military targets such as cities, airfields, ports and Weapons of Mass Destruction sites.

They usually exaggerate the most important terrain features, such as rivers, bridges, mountains, roads, railroads and cities. Maps with inflated features are easier to read and can help you make more-informed decisions. For example, a river might be a thin blue line on a regular map, but that thin line could be utterly impassable to regular infantry or even tanks.

Next War: Korea’s map tells you a number of things. First, the mountain ranges in the middle of the peninsula split any conflict into two different wars, a west coast war and an east coast one. Second, there are barriers to invading the South, rivers such as the Han and the mountain ranges that run across the center of the country. These make formidable obstacles.

Seoul is only a day’s march (or an hour’s drive) from the DMZ, which makes defending it hard. To top it off, the low, flat plain between Seoul and the DMZ, although fortified, is like a shotgun barrel pointed at the South Korean capital.

Wargames can also be great for data visualization. Quoting numbers of infantry, tanks and aircraft stationed on the Korean peninsula is one thing, but seeing individual units in their actual defensive locations, or stacked up in attack echelons just north of the border, has a way of illustrating just how dangerous the situation on the Korean peninsula really is, and what each side’s chances of survival actually are.

Run all that information through a simulation, and things start to happen that look like a real war.

In theory, the game should provide, to some extent, a reflection of an actual war. The fidelity of the reflection should be somewhere in between a documentary and a cartoon. A cartoon isn’t so useful, but a documentary certainly is.

Can China and the EU put aside their differences and find common ground?