Skip to content
The Story Behind the Failure of U.S Intervention in Afghanistan 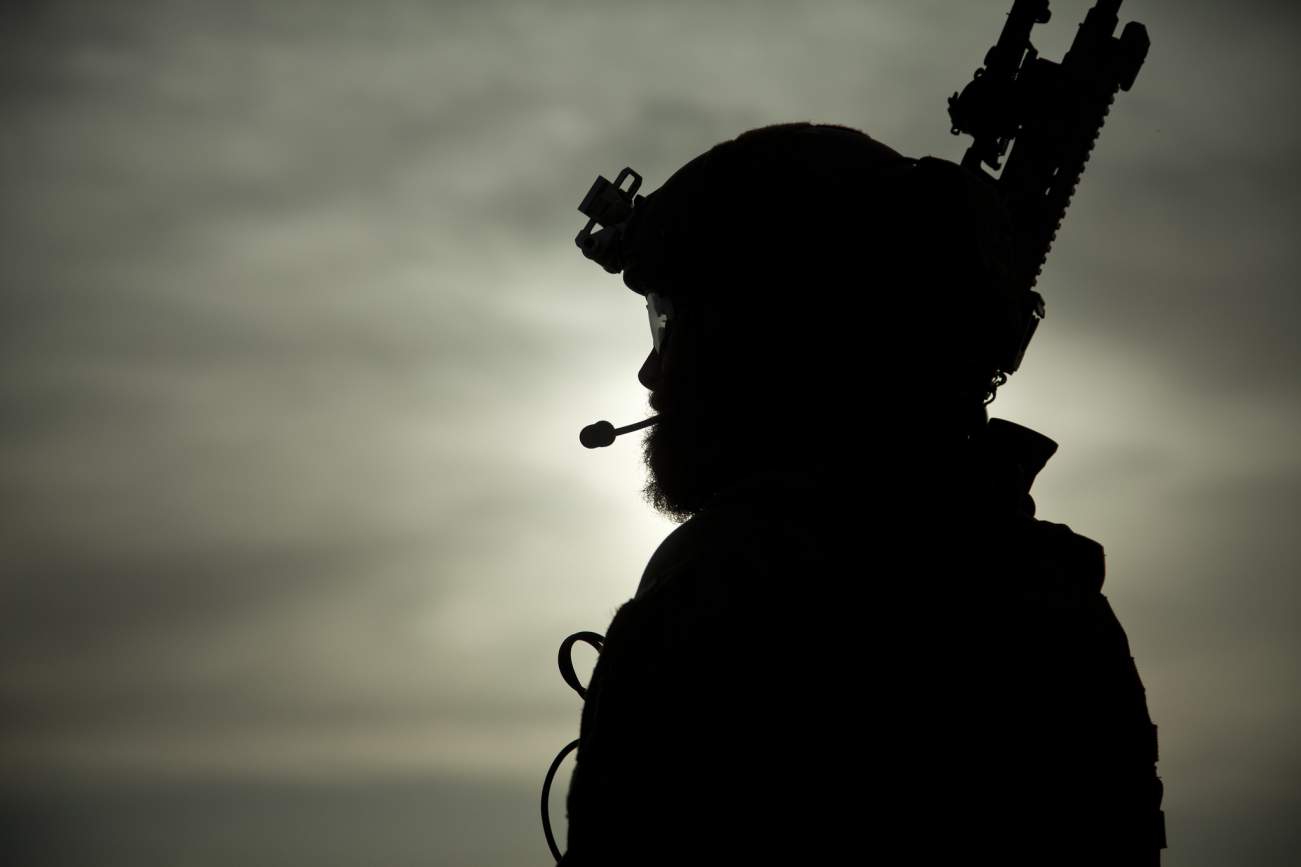 It is very complicated to control the religious establishment in Afghanistan because Sunni Islam is decentralized and does not possess a hierarchical structure.

On the 11th of June, 2002, a Loya Jirga was held to transfer power to the Afghan Transitional Authority. The United States put all its hopes behind Hamid Karzai, even though King Mohammed Zahir Shah had much support from the Afghan delegates.

By doing this, the Bush administration made a major strategic mistake, which would mark our failure to transform Afghanistan. The best possibility in bringing peace to the country was to return it to a system which, despite its defects, had achieved a certain degree of stability and democratic progress not known before in the history of Afghanistan.

Even though by the early 1970s, King Mohammed Zahir Shah had lost much of his political significance, the monarchy had been the only institution that had enjoyed the recognition and acceptance of political authority from a population divided along tribal, ethnic, and religious lines.

Afghan Kings had always been the main champions of the modernization processes of the country. And both tribal and religious leaders supported the Kings, as long as their own power was not significantly threatened. In their aim for national unity, the Kings were always conscious of the need to integrate the country’s different ethnicities and to avoid the exclusive domain of power by the Pashtuns. The monarchy also enjoyed the advantage of being Pashtun, which in theory, guaranteed it the support of the main ethnicity.

The absence of a dominant ideology led the Afghan intelligentsia, concentrated in Kabul, to be vulnerable to the influence of radical ideologies like Marxism or Islamism, especially when the government was incapable of resolving problems. Freedom of the press was used by the most extreme groups to spread their ideas and led to a radicalization of politics.

Except for King Amanullah Khan, the monarchy was always careful to avoid confronting traditional norms and religious values. This, in turn, paved the way for the Southern tribes to recognize the Kings’ legitimacy.

The different Pashtun revolts against Mohammed Zahir Shah always had a local nature and were restricted to internal tribal interests. Indeed, the great tribal leaders of the time would never support these revolts. Still, the Afghan Kings perceived the tribes as a threat to their own authority and sought to absorb them into the government.

The monarchy also defended the rest of the ethnicities from discrimination. It promoted the integration of the Tajiks and other non-Pashtun peoples to important government positions. This gave the monarchy a great deal of respect from minorities, as they perceived it as an obstacle to Pashtun hegemony.

Again, except for King Amanullah Khan, the Kings did not forcefully confront the power of the religious establishment. Instead, the Kings tried to decrease their power by using the title of Amir al Mu’min – Commander of the Faithful- which gave them both religious and political authority.

While they were given the title of Shah in the 1920s, the kings were revered as defenders of the Islamic State and Islam. In fact, Abdur Rahman Khan consolidated the waging of Jihad solely with the King. This deprived tribal and religious authorities of proclaiming that right.

Using religion as a fountain of political legitimacy, the Kings were able to undermine tribal power and religious leaders. They did it skillfully by maintaining an Islamic discourse, which restricted their opponents from questioning their policies. The title of ‘Amir’ gave them certain legitimacy that could not be superseded because it originated from God. This then neutralized tribal aspects of power and authority.

It is very complicated to control the religious establishment because Sunni Islam is decentralized and does not possess a hierarchical structure. This situation is made even worse in Afghanistan because of its topography. But the kings maneuvered around such complications, and King Mohammed Nadir Shah tried to organize the body of the ulema, thinking that if it was given some kind of structure, then it would be easier to control. He gave the ulema positions of power like in the branch of justice, without weakening the authority of the State. Because the reforms were implemented gradually, the ulema accepted them and did not perceive them as threatening Islam.

Then from the 1930s, his son, Mohammed Zahir Shah, advocated secular education and began the creation of a network of state madrassas to control the formation of the ulema. He sought to construct a religious body that was more progressive and open to reforms. Of course, given the complexity, the success of this policy was relative. State madrassas were in urban centers, while traditional ones were all over the country. The ulema in traditional centers were, therefore, always the majority, and the historical weakness of the Afghan state made it difficult to extend itself to rural areas.

King Mohammed Zahir Shah’s desire to transform Afghanistan into a modern country was much more difficult than expected. In 1964, a 455 member Loya Jirga approved a new constitution, but the absence of a clear political ideology, political tensions between Islamists and Communists, and the inability to adapt to a modern political system, were significant obstacles.
The religious establishment passively accepted the secular nature of the new constitution because of the existence of state madrassas, the presence of Islamic experts, and the King’s influence. From 1964, the law guaranteed freedom of speech and freedom of thought as well as equality before the law. While these liberties were more theoretical than real, they were nevertheless an important development in Afghan history.

For example, Bareq Shafiyee, a communist poet, published a poem commemorating Lenin and used the term “doroud” to venerate him. This generated a backlash from the religious establishment because the term was restricted to prayer. Mullahs in Kabul asked for Shafiyee to be incarcerated, but the King ignored their demands. The mullahs were then forced back to their homes by the government.

The constitution also prohibited the participation of members of the royal family in the government, another example of modernity. But ironically, the best people to govern the country were the relatives of Mohammed Zahir Shah, due to their education and experience. Then, the absence of an electoral spending law allowed those with more financial power, like tribal leaders and former state officials, to dominate the political process.

Afghanistan’s institutions struggled to legitimize their authority in a country where rural society has been tied to traditions and Islam, and where many of its different ethnicities clash with each other. The peasantry perceived the urban centers as threatening their way of life and as a cause for distrust. Illiteracy continued being overly high, and rural peoples were bribed by powerful Afghans to vote for them. Therefore, Kabul’s efforts to deliver modernity to rural areas failed due to the lack of support from the inhabitants and the inability of the State to explain why reforms were necessary.

Ethnic differences also played an important role in the political system. With Abdur Rahman Khan and his immediate successors, the influence of the Pashtunwali on politics was weakened. In the 1960s, these efforts were accelerated by Mohammed Zahir Shah and subsequent administrations. Nevertheless, even if the political atmosphere was received well by non-Pashtuns, they were still unsatisfied because it was largely dominated by Pashtuns. It is evident that ethnic, tribal and religious diversity has complicated the construction of an Afghan national identity and impeded a strong central authority.

The 1964 constitution was closer to Western texts than Islamic codes, even though it consecrated Islam as the religion of the state. The consequence was that such a constitution became incompatible with the society that it had to rule over, and that Afghans never perceived it as an ideological guide.

The absence of a dominant ideology led the Afghan intelligentsia, concentrated in Kabul, to be vulnerable to the influence of radical ideologies like Marxism or Islamism, especially when the government was incapable of resolving problems. Freedom of the press was used by the most extreme groups to spread their ideas and led to a radicalization of politics.

This stopped the King from authorizing the legalization of political parties. But this was a grave strategic miscalculation, since it impeded the development of moderate political parties, and instead allowed radical groups to influence urban society and debilitate democracy.

This story should teach us that the best possibility for a brighter future in Afghanistan, even with all of its obstacles, laid with the monarchy. Unfortunately, Washington did not want to support King Mohammed Zahir Shah when the time was right. On the 23td of July 2007, Mohammed Zahir Shah died, and with him the possibility of a foreign solution to Afghanistan. It is time to be realistic and conclude the withdrawal from this country.

This story was first published in Real Clear Defense.