The Democrats Are Missing the Biggest Issue of the 2020 Election 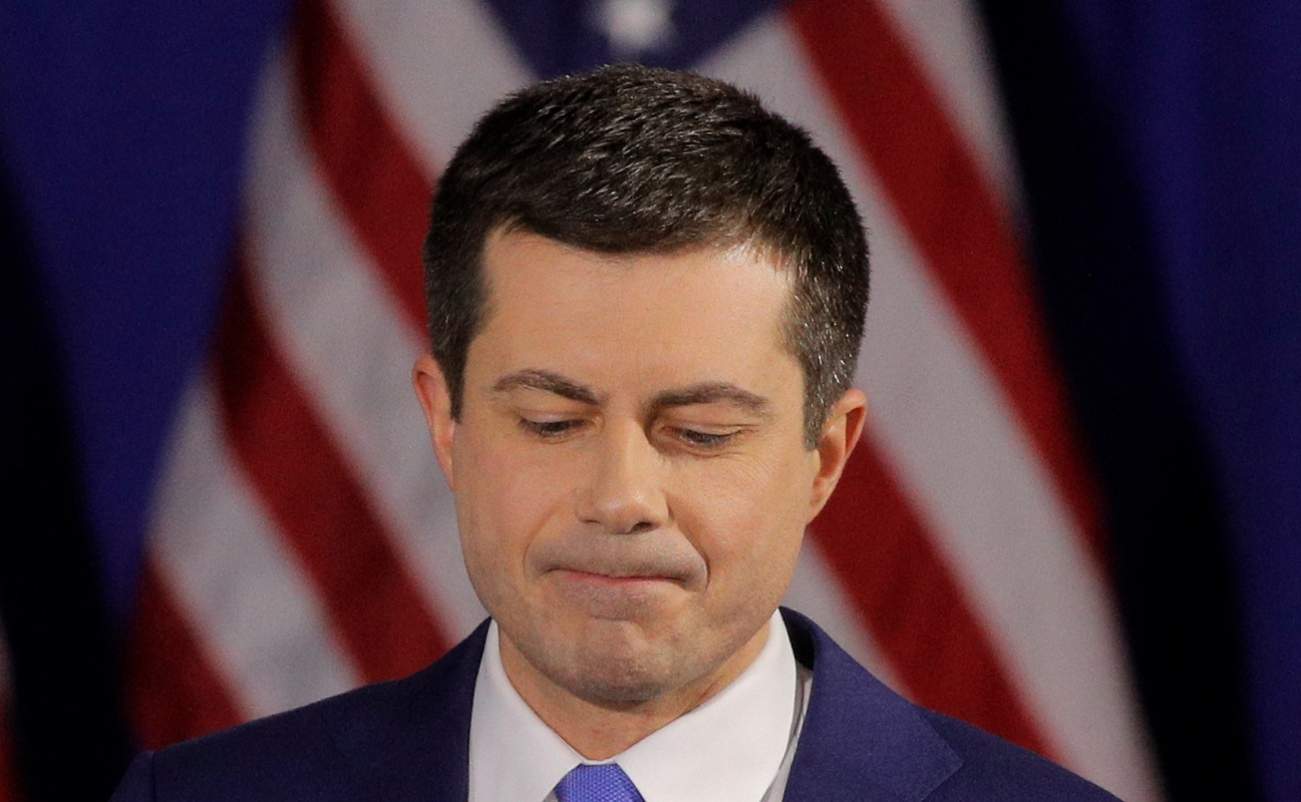 How the nation’s leaders will address the most pressing political reality of our time–namely, the crumbling of the American status quo and, more ominously, the global status quo. America is struggling through a Crisis of the Old Order.

The conventional view of this year’s Democratic nomination battle is that it represents essentially a conflict between the party establishment, described generally as “center-left” in political orientation (Joe Biden, Pete Buttigieg, Amy Klobuchar, Michael Bloomberg), vs. the more radical leftists (Bernie Sanders, Elizabeth Warren). But that isn’t what this campaign season is really about. It’s about how the nation’s leaders will address the most pressing political reality of our time–namely, the crumbling of the American status quo and, more ominously, the global status quo. America is struggling through a Crisis of the Old Order.

The Old Order is essentially the order established at the end of World War II and its immediate aftermath. That’s when U.S. GDP encompassed roughly 50 percent of global GDP and as much as 40 percent through the 1960s. Militarily, America bestrode the globe like a colossus. The dollar reigned supreme in global markets. A balance of power was maintained between the West, led by America, and its only rival, Bolshevik Russia, poised on Europe’s back porch with 1.3 million Soviet and client-state troops.

Those days are long gone. The old Soviet threat to Europe no longer exists, but America clings to the notion that Russia is still a mortal threat to the West. NATO, created as a defensive military alliance against that mortal threat, has pushed right up to the Russian border and threatened to snatch Moscow’s dominance over territories that had been part of Russia’s sphere of influence for centuries. U.S. GDP, as a share of global GDP, is down to about 15 percent, reflecting a profound change in America’s global financial standing. The rise of China represents a profound alteration in the global status quo, and yet America seems incapable of confronting that new reality with any effectiveness, bogged down as it is in seemingly endless Middle Eastern wars and military adventures.

In short, the world has changed profoundly while America continues to operate as if the old status quo reins. That by definition is a crisis of the Old Order.

In terms of U.S. domestic politics, the gap between reality and establishment thinking is even more profound. Consider some of the powerful changes impinging on the old status quo. In the Old Order days, the country’s dominant party was the Democrats, and their bedrock constituency was the American working class, which inevitably meant a large contingent of whites. America’s industrial might was unchallenged in the world, and the economy was dominated by doers and builders. There was a remarkable degree of amity and mutual respect between the nation’s elites and the population at large. Sustained economic growth boosted standards of living generally across the board. The definitional elements of America were largely established and widely embraced. Immigration seemed to most Americans as being generally under control and hence didn’t represent any kind of major political fault line. Class divisions were minor and muted.

All that is now under severe challenge. The Democratic Party, having abandoned the working class, now represents what political analyst Ron Brownstein has called “the coalition of the ascendant” –racial minorities, immigrants, millennials, highly educated whites, ”and just enough Midwestern whites to put the president over the top.” But the party didn’t get just enough of those whites in the last presidential election and hence lost out in the balloting. The hollowing out of America’s industrial base has devastated those white communities and tossed the old political structures into turmoil. An intense hostility has emerged between America’s so-called meritocratic elite and the people who used to be called “Middle America.” The financialization of the U.S economy has replaced those builders and doers–people who generated lots of jobs in the old days–with mandarins of finance who take a big cut in corporate transactions without generating any wealth on their own. (In the 1950s, only 2.5 percent of GDP went to the financial sector; today it’s 8.3 percent.) The big banks have essentially colonized the U.S. Treasury Department and the Fed. Economic growth today pales in comparison to those Old Order days. And big emotional issues related to the definition of America, particularly immigration, are roiling the body politic.

Thus is it clear that in domestic politics, as in the global arena, America faces a crumbling status quo that poses big new political challenges. And yet those challenges don’t seem to get much attention from the politicians. Certainly, they chip away here and there at problems related to the status quo disintegration, but there’s little effort to meet the situation head-on or to craft a narrative that explains coherently and meaningfully what’s really happening. Politicians, after all, are usually the last to perceive such things because they are so invested in the status quo and the old arguments that worked so well in the past. Ordinary folks are always ahead of their political leaders in seeing the realities of the day.

This becomes clear when we look at the Democratic nomination battle now in full cry. Consider Joe Biden of Delaware. Never a man of much imagination or intellectual depth, he was nevertheless a man of his time in the best sense. Although given to excesses of volubility and unfortunate misstatements, he carved out for himself a persona and a political positioning that worked for him and for the country. Eschewing rigidity and hidebound thinking, he demonstrated impressive independence of thought. And he was an adroit legislative politician, willing to forge relationships with nominal adversaries and work across the aisle in behalf of compromise legislation

But in these times of status quo erosion, he has proved to be utterly disoriented and irrelevant. His most persistent campaign message is that we have to get rid of President Trump, with the implicit corollary that, once that happens, we can all go back to the good old days. He’s in oblivion. Trump represents a tight knot of political sentiment throughout Middle America that isn’t going away. Biden can see neither the knot of sentiment nor its relationship to the crumbling status quo–nor, for that matter, the status quo crisis itself.

Former South Bend Mayor Pete Buttigieg is a conventional Old Order political liberal who nods obligingly to the often outlandish new orthodoxies of the Democratic Party–little or no restrictions on abortion; decriminalization of what are now illegal border crossings; pathway to citizenship for illegal immigrants; decriminalization of marijuana; $15 minimum wage. But he also adeptly finesses tough issues. He supports greater defense spending but wants to bring home many of our overseas troops. He studiously avoids any endorsement of reparations for slavery but wants to study it. He’s cautious on student debt forgiveness but supports federal and state financial support so no one has to assume debt for college.

Ultimately, Mayor Pete offers no vision or narrative of where the country is or where it could go. He’s an issues technocrat, splitting differences, trading in nuances. It makes him sound like a political sophisticate, but it doesn’t add up to much. He’s a tinkerer.

So far neither Senator Amy Klobuchar nor former New York Mayor Michael Bloomberg has demonstrated much capacity for providing a narrative of the fading status quo or a vision of what could replace it. Charmingly enthusiastic and natural, Klobuchar nibbles around the edges of America’s civic problems and gives no hint that she is aware of the fundamental realities of these transitional times. Meanwhile, Bloomberg, one of the great corporate visionaries of the past century, manifests little indication that his vision extends to the profound forces of change swirling around America and the world.

Elizabeth Warren is a classic liberal populist who hates the rich and corporate power to such an extent that she wants to aggrandize governmental power in order to take on those nemeses. Far more than Biden or Buttigieg, she would upend the balance of political power in the country. But unlike conservative populists, who want to return political power to the people, she wants to lodge it in the federal government to a greater extent than ever before, to be wielded by legions of managerial officials who, inevitably, will become more and more isolated from any levers of control and accountability.

Whatever one may think about such a program, it does, in fact, represent a vision for America’s future. It comes out of the playbook of James Burnham’s famous 1941 treatise, The Managerial Revolution, which posited that the great clash of our time was not between capitalism and communism but rather between capitalism and an emerging centralized society dominated by a new managerial class of business executives, technicians, government bureaucrats and various kinds of experts. This new class, said Burnham, would institute central planning and undercut any true democracy by superimposing itself upon society as a kind of managerial oligarchy.

Warren’s vision is the Burnham vision. But, whereas Burnham greeted the prospect with trepidation, Warren seems to embrace it wholeheartedly. So far it doesn’t seem to be taking hold as a blueprint for the American future.

Which brings us to Vermont Senator Bernie Sanders, the avowed “democratic socialist.” This does not mean, says Sanders, that he embraces the communist notion of having the government take over the means of production in society, but rather to regulate enterprise and redistribute wealth and income potential within the capitalist system. He cites Denmark as an example of the kind of society he favors. But Sanders has in fact advocated, in the past, the nationalization of major industries, including in manufacturing, energy and banking. He once called for the nationalization of the entire energy sector. In 1976 he wanted Vermont to seize, without compensation, the state’s electrical companies. He’s also called for a marginal tax rate of 100 percent for income above $1 million.

This is radical stuff, and while such views have always bubbled up into the lower reaches of the American polity, they never before reached a point of serious momentum–until now. And it seems impossible to escape the conclusion that that momentum is attributable in part to the reality that so many Americans are looking for a comprehensive concept of the American future as the country slips into dysfunction amidst the crumbling status quo. Sanders’s outlook represents such a comprehensive concept, as radical as it may be.

Back in 2016, of all the politicians vying for the presidency in both parties, only two talked to voters in language denoting that they understood the origin of the American malaise–that the Old Order was dying and serious action was needed to direct America toward a new future. Those two were Bernie Sanders and Donald Trump–Sanders, cloaked in his leftism and ideological fervor; and Trump, in his characteristic crude and erratic fashion, smashing the stemware against the wall throughout the dinner party for no particular reason.

And today, at this juncture in the campaign, they have emerged as the men to watch in their respective parties. It doesn’t mean that Sanders will get his party’s nomination or that Trump will get reelected. Sanders may be just too far out there for the top job, and Trump’s fate, like the fate of any president seeking reelection, will hinge not on what he says but on his performance in office. But for now they represent the piquancy of what might be called the Charles de Gaulle maxim. “A statesman,” said the great French leader, “may be determined and tenacious, but if he does not understand the character of his time, he will fail.”