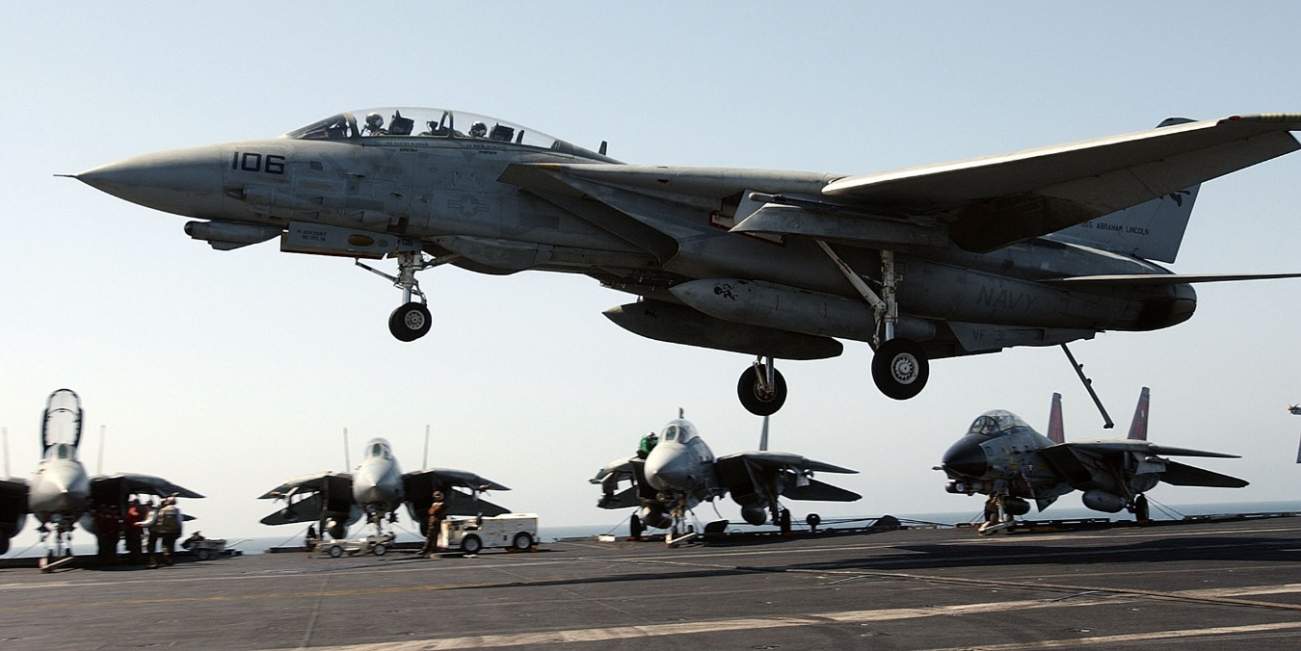 It’s not just because the jets are old.

Iran’s F-14A Tomcats are an anomaly in the region. While most other air forces in the region field multirole or air superiority fighter, the F-14A is a true interceptor with the speed, power and long-range missiles to strike at range then fly away before the enemy has a chance to lock on. This is, of course, enabled by the AIM-54A Phoenix long-range air-to-air missiles it carries. But Iran’s stockpile of these missiles is rapidly dwindling. Air-to-air missiles often have a short shelf life, missiles that have “expired” can fail to guide on targets or fail to produce enough thrust to reach them.

Iran has tried to remedy this in the past in a variety of ways, including strapping surface to air missiles onto their F-14s. But in 2018 they began production of their own version of the Phoenix, called the Fakour-90. The missile appears to be practically dimensionally identical to the AIM-54, but Iran claims improvement over the original models in several aspects.

However, missile technology has advanced significantly since the Phoenix. While the Phoenix was retired from service without a true replacement in the 2000s, the AIM-120D AMRAAM which entered service in the 2010s reaches out to nearly the same range.

But in a head to head confrontation, which missile would come out on top? Do the Iranian upgrades make the Phoenix relevant in modern air-to-air warfare?

The answer is no. The Iranian upgrades, if anything, have produced an equivalent to the AIM-54C, the American update to the AIM-54 which featured digital electronics, improved low altitude capability, and improved jamming rejection. But even then, the AIM-54C was a bulky heavy missile that wouldn’t perform well against an aware target with energy to maneuver.

The launch platform matters as well. Even though the missile’s seeker might be upgraded, for the majority of the flight the missile is still being guided by the radar of the F-14. While Iran is said to have upgraded the radars of its F-14 with indigenous variants, it’s unlikely that the performance of these radars matches the latest generation of American radars.

Comparatively, Iranian fighters would likely be facing either F-15s or F/A-18E/Fs of the U.S. Navy or US Air Force, most of which have been upgraded with cutting edge AESA radars with tracking and guidance capabilities far beyond what older generation radars could offer. The AIM-120D is also designed with cooperative, networked warfare in mind, as it can receive midcourse guidance from other aircraft, not just the host fighter. It also features an INS/GPS navigation system onboard compared to the INS only AIM-54.

The seeker is also similarly improved, featuring a wider scanning area and better jamming rejection. While the AIM-120D doesn’t have an AESA radar, the technology in its seeker is likely far better than that of the Fakour-90.

Contemporary warfare has often been described as a battle for information. The AIM-120D is built for the new mode of networked warfare, and the Fakour-90 isn’t. While it’s unsure whether networked warfare will work in practice as electronic warfare may significantly degrade or disrupt networking capability, the AIM-120D also is built to perform better in that environment. Iran’s upgrade is a great missile for the last war it fought. It’s not a good missile for the next war it may fight.

Charlie Gao studied political and computer science at Grinnell College and is a frequent commentator on defense and national-security issues. This first appeared in 2019.