Gonna Carry That Weight: Why The Army Wants To Revolutionize Its Ammunition 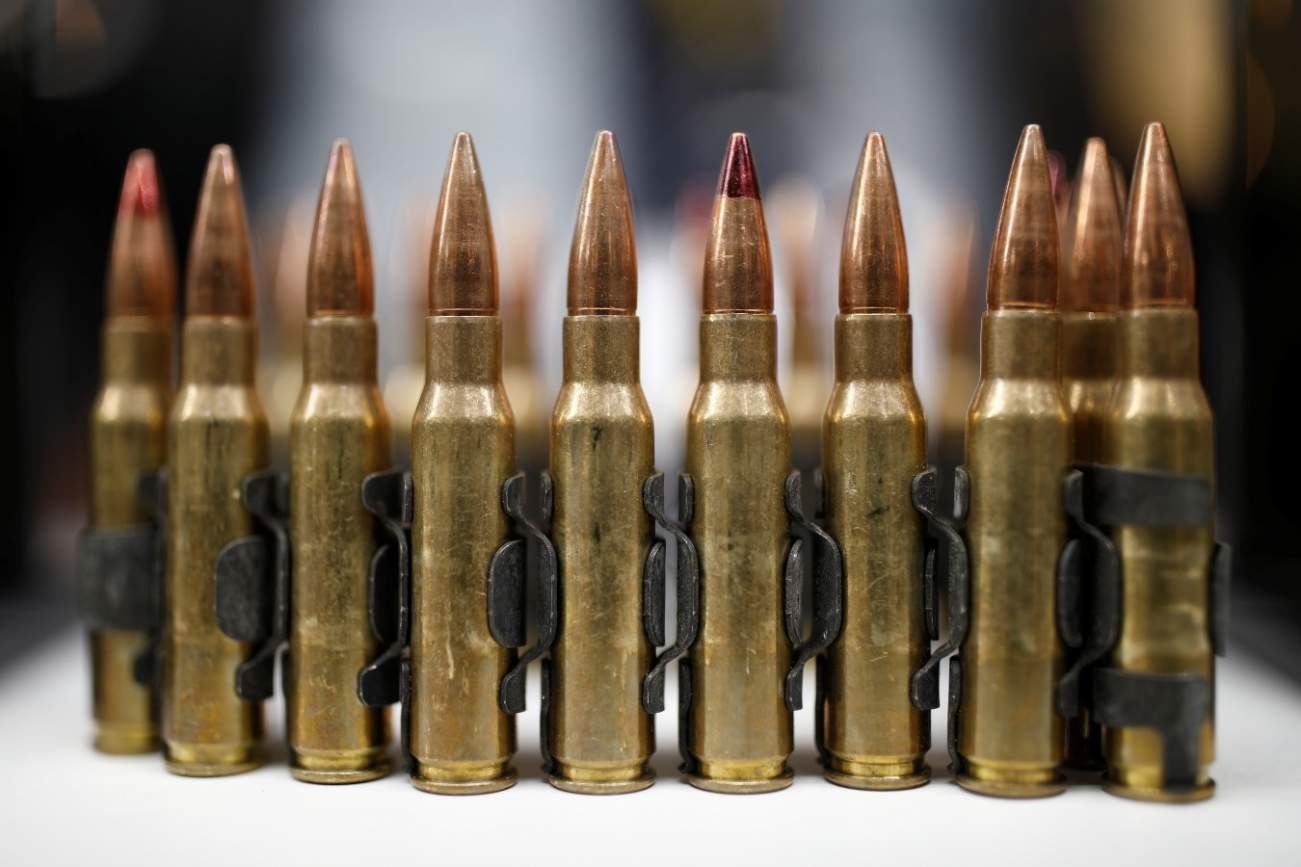 Rather than its guns.

Key point: America is hoping for a small-arms revolution.

Recently, much attention has been focused on the state of the U.S. military’s arsenal of small arms. After the announcement and subsequent cancellation of the U.S. Army’s 7.62 Interim Combat Service Rifle project, many were left wondering what the U.S. Army’s actual plan was for a future service rifle. One possible answer was demonstrated at the AUSA 2017 by Textron: the use of Cased Telescoped Ammunition (CTA) technology in small arms.

Unlike the use of CTA in vehicular autocannons, CTA in small arms is a rather recent development. While some early cartridge designs could technically be considered CTA (one example is the 7.62×38mmR ammunition used in the Russian M1895 revolver), these early designs did not have many benefits that modern CTA technology provides. During the Cold War, small-arms development mostly focused on caseless ammunition. This lead eventually to the H&K G11, a rifle that used caseless telescoped ammunition. The G11 participated in the U.S. Army’s Advanced Combat Rifle program and was accepted into service in the Bundeswehr. However, the G11 fell victim to budget cuts following the reunification of Germany, and not many military attempts to pursue caseless ammunition have happened since.

Enter the Lightweight Small Arms Technologies (LSAT) program. At first, LSAT was simply an attempt to design lighter-weight small arms. Eventually, due to conflicts with the XM8 program, the LSAT program’s scope was limited to light machine guns. While LSAT briefly attempted to use caseless technology to achieve this goal, they eventually settled on the use of CTA. The LSAT program (which focused on 5.56) then became the Cased Telescoped Small Arms Systems (CTSAS) program in 2016. This also expanded the scope of the project to include other calibers. Currently, the CTSAS program, run by Textron, has successfully produced a line of polymer-cased and linked CTA, along with a series of belt-fed machine guns and magazine-fed carbines that fire this ammunition. The ammunition is at technology-readiness level 7, which means it has undergone various environmental durability and endurance tests.

So what benefits does CTA have in small arms? The primary selling point for CTSAS CTA is, true to its name, a 41 percent weight reduction and 12 percent volume reduction compared to conventional ammunition. The CTSAS machine gun design itself also weighs less, with the 7.62mm variant weighing in at 14.5 pounds, compared to 21.8 pounds for the M240L, the Army’s current lightweight 7.62 machine gun, and 18.1 pounds for the PKP Pecheneg, the Russian military’s current 7.62 machine gun. The LMG also has reduced risk of cookoff, due to the chamber being separated from the barrel. In addition, the CTSAS CTA rounds use compacted propellant, which has better burn characteristics and takes up less case volume compared to traditional loose propellant. (Other CTA rounds, including those used in the CT40, are known to use loose propellant.) The round design also incorporates an end cap that forces the round into alignment with the barrel. This mitigates the possible problem of the round “anviling” into the barrel and rifling, and causing excess barrel wear. Another theoretical advantage for polymer CTA ammunition is reduced round cost, due to the smaller amounts of material and energy required to create each round; however, this has yet to be seen, due to economies of scale. The CTA round and LMG design have proven versatile, with 5.56-millimeter and 7.62-millimeter versions of the CTSAS machine guns and CTA being produced and tested. CTA has also been produced in a new 6.5 caliber, which is purported to have superior ballistics to current calibers.

Recommended: The F-22 Is Getting a New Job: Sniper

The primary problem that is preventing widespread adoption of CTSAS small-arms technology is one of systemic inertia. Given how hard it is for the U.S. military to standardize on a single rifle magazine, the prospect of switching over to entirely new guns, ammunition links and ammunition is incredibly daunting. This is an up-front cost that the U.S. military is unlikely to be willing to pay at this moment, for the limited gains CTSAS technology provides. CTSAS technology also “breaks the rules” about how one can traditionally think about small arms. Early versions of the CTSAS carbine that fed from a magazine couldn’t be reloaded until the magazine was empty. Indeed, the optimal feeding configuration for any CTSAS weapon is belt feeding. However, the idea of issuing every soldier a belt-fed rifle is a hard pill to swallow for some who assume belt-fed weapons will always take more time to reload than magazine-fed weapons. CTSAS also is not fully mature in its carbine versions, which still weigh more than the current standard-issue M4 Carbine.

Overall, CTA in small arms is a promising technology that could significantly reduce the weight that a soldier carries into battle, while also providing other minor benefits. However, it’s unclear whether this is enough of an improvement for the U.S. military to adopt it.

The author would like to thank Nathaniel F. at thefirearmblog.com for the informative series of interviews with Kori Phillips.

Charlie Gao studied political and computer science at Grinnell College and is a frequent commentator on defense and national-security issues. This first appeared late last year.