Skip to content
True or False? Fact-Checking Trump’s Claims in the State of the Union 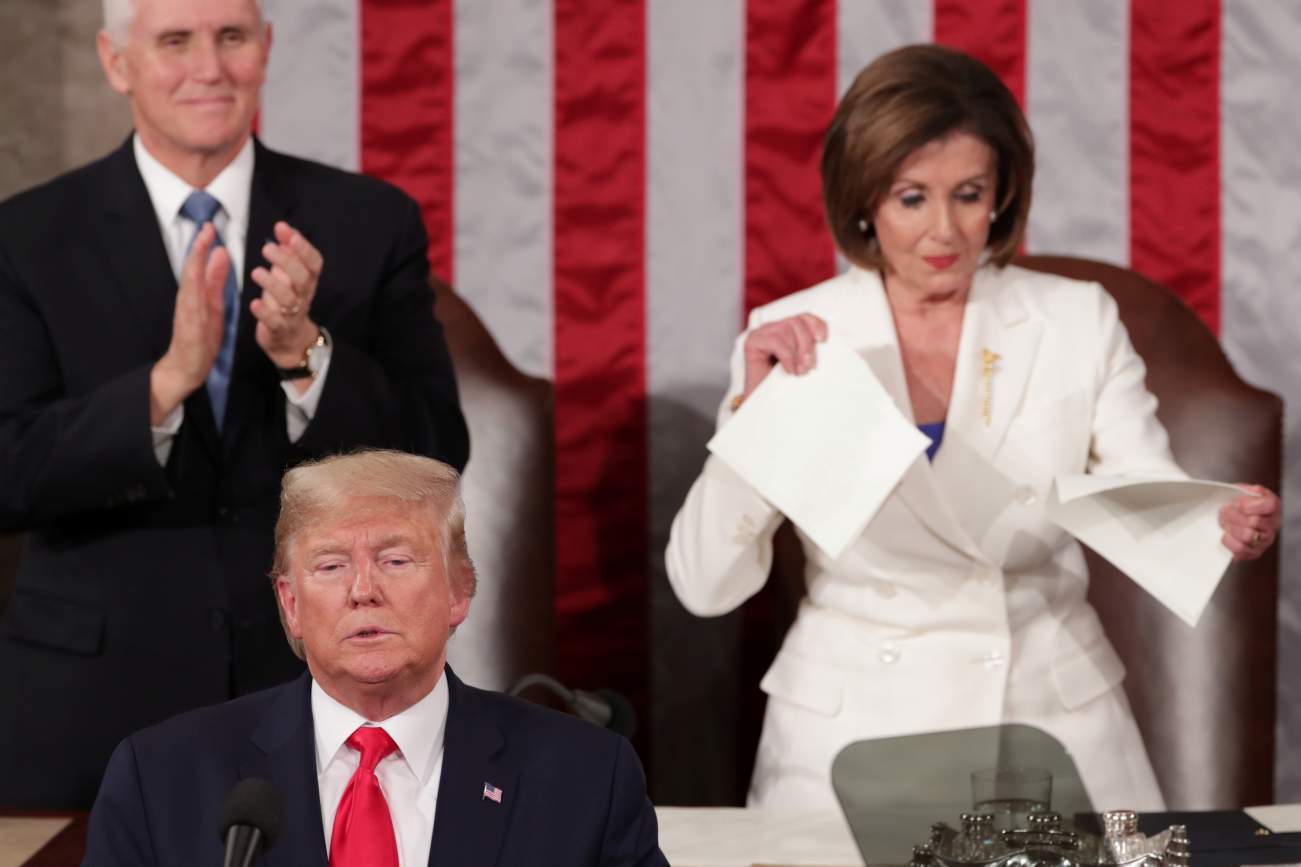 Donald Trump is only the second president in history, after Bill Clinton in 1999, to make the annual speech during an impeachment trial.

In a night of high emotion, President Donald Trump used his third State of the Union address to tout the “great American comeback” during his first three years in office.

Before the night was over, Trump had staged the surprise reunion of a soldier deployed to Afghanistan with his family and announced a scholarship for the daughter of a single mother; first lady Melania Trump had presented legendary talk radio host Rush Limbaugh with the Presidential Medal of Freedom; and House Speaker Nancy Pelosi had ripped up a copy of the president’s remarks.

Trump delivered the address Tuesday night before a joint session of Congress on the eve of his likely acquittal in the Senate impeachment trial. He is only the second president in history, after Bill Clinton in 1999, to make the annual speech during an impeachment trial.

Amid all the emotion, here are some fact checks of key parts of the president’s speech, which lasted about an hour and 18 minutes.

In these trying times, we must turn to the greatest document in the history of the world to promise freedom and opportunity to its citizens for guidance. Find out more now >>

According to Poynter Institute’s PolitiFact in 2017, “the United States has lost more than 60,000 factories since 2001.”

Trump made a similar claim in 2017, mentioned by PolitiFact, laying the blame on China’s joining the World Trade Organization in 2001 for the decline in factories. The president said at a rally in Kentucky: “Since China joined—that’s another beauty—the WTO in 2001, the U.S. has lost many more than 60,000 factories.”