Skip to content
Watch Out! Here Are the Five Most Dangerous Chemical Weapons 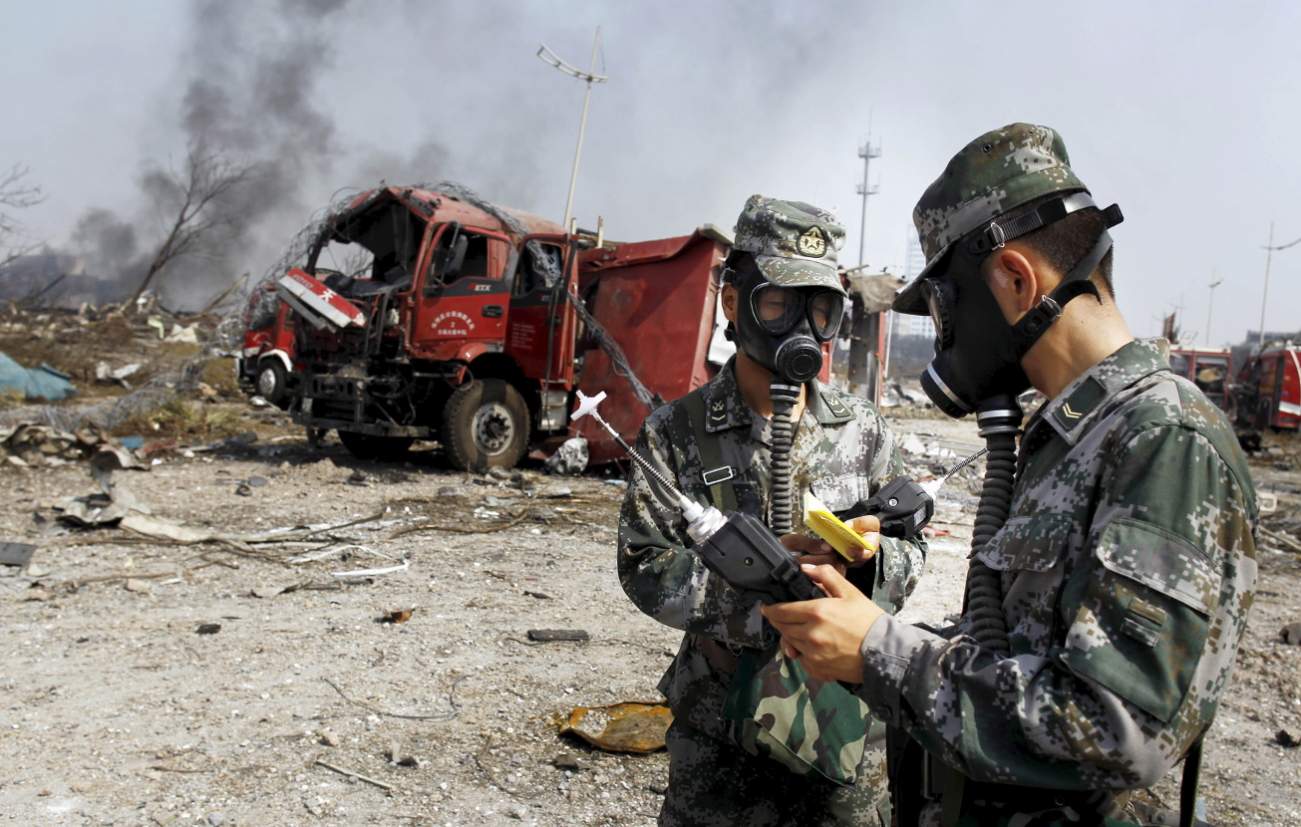 The three year crisis in Syria has led to a resurgence of interest in chemical weapons. Often referred to as the “poor man’s bomb,” chemical weapons require a relatively low investment, can cause severe psychological and physical effects and are agents of disruption.

Modern chemical weapons were introduced during World War I in an effort to reduce the deadlock of trench warfare. But they are subject to topography and weather patterns. As munitions have become more precise, their tactical advantage is being eroded. Today, they horrify more than they contribute to victories on the ground. Their indiscriminate nature and unpredictability, coupled with the sometimes-gruesome effects they have make them effective weapons of fear.

Below are five of the worst chemical weapons:

VX belongs to organophosphorus compounds and is classified as a nerve agent because it affects the transmission of nerve impulses in the nervous system. It is odorless and tasteless in its pure form, and appears as a brownish oily liquid.

Developed in the UK in the early 1950s, VX is particularly potent because it’s a persistent agent: Once it’s released into the atmosphere it’s slow to evaporate. Under regular weather conditions, VX can persist for days on surfaces, while it can last for months in very cold conditions. “VX vapor is heavier than air,” which means that when released, “it will sink to low-lying areas and create a greater exposure hazard there.” Such characteristics make VX potentially useful as an area-denial weapon.

VX is also a fast-acting agent. Symptoms can appear only seconds after exposure. They include salivation, constriction of the pupils and tightness in the chest. As with other nerve agents, VX works by affecting the enzyme (acetylcholinesterase) that acts as the body’s ‘off switch’ for glands and muscles. With the enzyme blocked, molecules constantly stimulate the muscles. As the muscles spasm, they tire. Death is caused by asphyxiation or heart failure. While it is possible to recover from exposure, tiny amounts of the agent can be lethal.