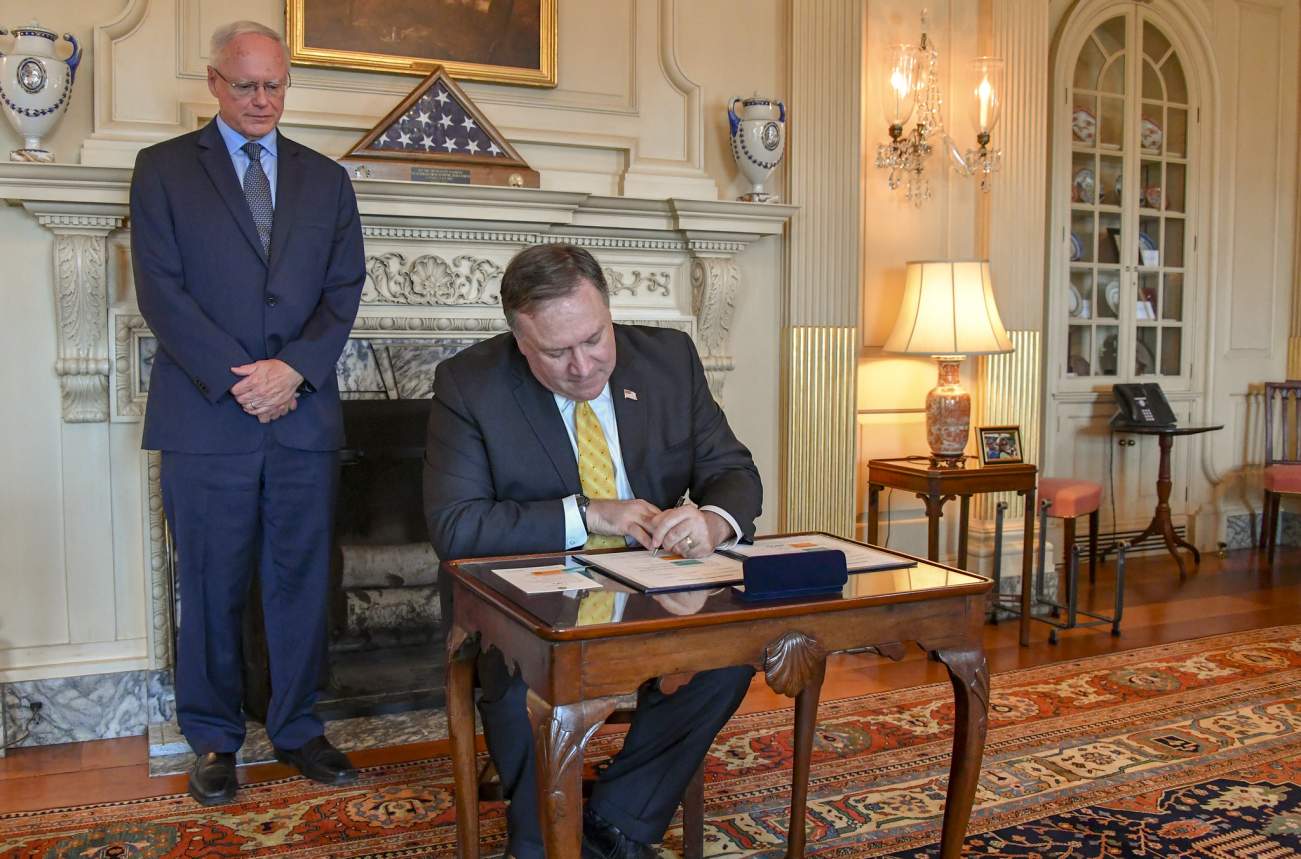 The Trump administration is resurrecting the push against Assad as part of its quiet war on Iran.

Amb. James Jeffrey, the highest-ranking U.S. official on Syria, will be traveling to Brussels next week to discuss opening a new front of economic pressure against Iranian influence in Syria.

Iran hawks in the Trump administration have seen their fortunes rise, fall, and rise again during an explosive series of U.S.-Iranian clashes in the first week of January. Even President Donald Trump has backed off from a direct military confrontation against Iran. But now his State Department is now using the war in Syria to pursue a quieter campaign of “maximum pressure” against Iran ahead of the 2020 presidential election.

Trump has threatened to attack Iran several times as Iran has responded to economic sanctions with military force.

Jeffrey told reporters at the State Department on Thursday that he will discuss Caesar Syria Civilian Protection Act sanctions “and other economic issues related to keeping pressure on the Assad regime” with his European counterparts.

Syrian president Bashar al-Assad is one of Iran’s closest allies in the Arab world. His regime almost fell to a revolution in 2011 but managed to cling onto power through a brutal civil war with heavy backing from Iranian and Russian forces.

The Caesar Syria Civilian Protection Act, which was passed as part of the 2020 military budget, puts human-rights-related sanctions on several sectors of the Syrian economy under Assad’s control, as well as governments that aid Syrian reconstruction and the Syrian military.

Russia used its veto power at the United Nations Security Council in early January to end authorizations for international aid to enter Syria through two U.S.-controlled border crossings in an apparent bid to cement Assad’s power. Jeffrey cited this Russian veto as a reason why “we need to put a lot of work into” pressuring Assad.