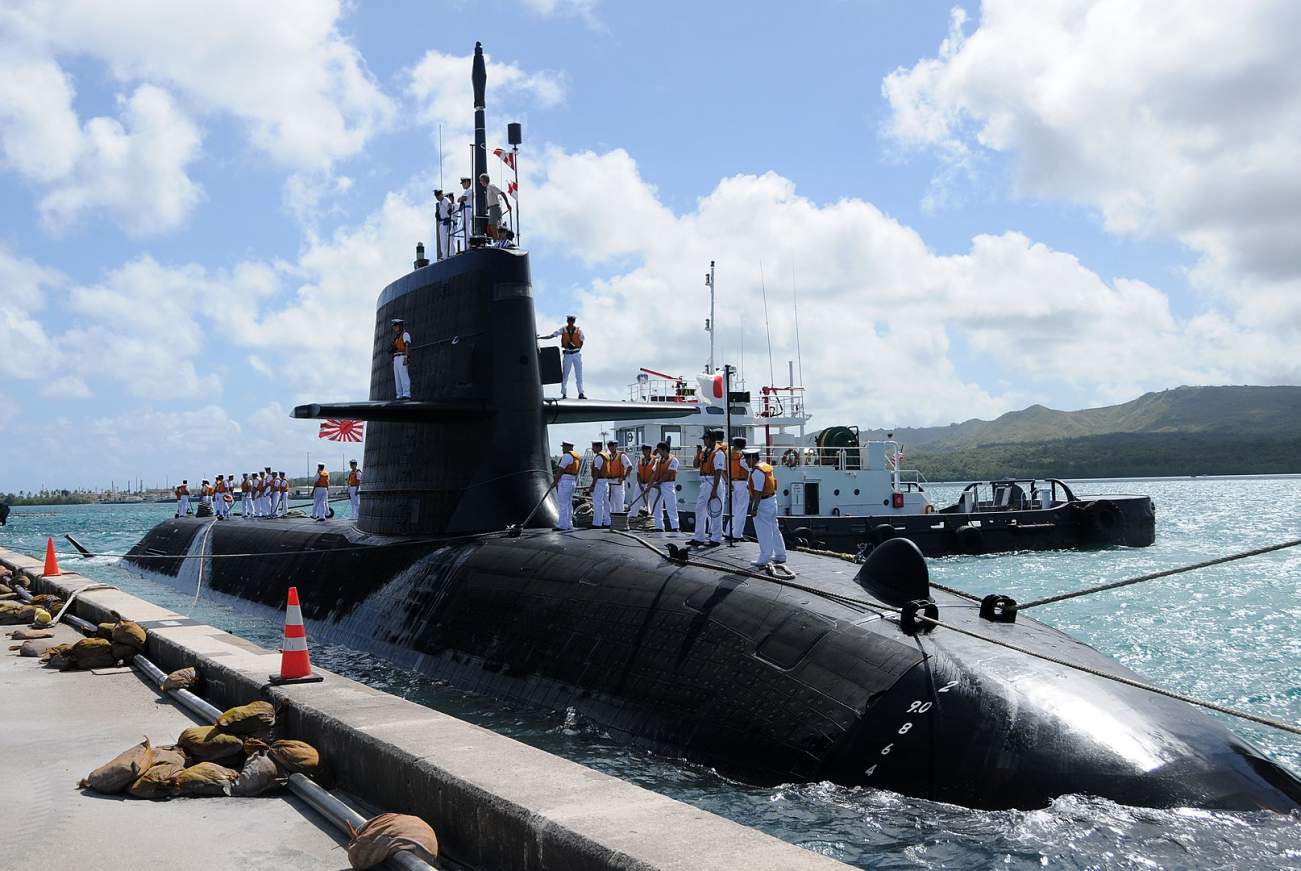 Japan on Nov. 6, 2019 launched a submarine with a new kind of battery that could allow the boats to sail farther while underwater.

The 275-feet-long Toryu is the 12th and final Soryu-class vessel and the second, after sister vessel Oryu, with lithium-ion batteries replacing the lead-acid batteries that most other submarines carry. The boats still have diesel generators for supplementary power.

A Soryu boasts a top speed of 20 knots when submerged and 12 knots on the surface. Each boat in the class has six 533-millimeter bow tubes that can fire the Japanese-developed Type 89 heavyweight torpedo. The boats also can fire Harpoon anti-ship missiles.

Following trials, Toryu could enter service with the Japanese navy as early as March 2021. Japan currently operates 19 submarines and in coming years aims to grow its undersea fleet to 22 vessels in order to balance China’s own expanding sub force.

Toryu’s new battery helps the vessel to patrol longer, but apparently not without some risk. “We are familiar with lithium-ion batteries in our smartphones, laptops and other consumer goods,” H. I. Sutton wrote at Forbes.

They have a higher power-density than traditional batteries, and they can be made smaller and in novel shapes which better fit the space given to them. Yet the submarine community has been slow to adopt this technology.

This is for good reason. As we know from Samsung’s woes with the Galaxy Note 7, lithium-ion batteries are prone to catching fire. Battery fires aboard submarines can quickly turn lethal. Recently 14 elite Russian submariners lost their lives due to a fire in the battery compartment of their submarine.

Those were traditional, safer, lead-acid batteries. Japan must have found a way to make lithium-ion batteries safe enough to send to sea.

Will Israel Go to War Over Hezbollah’s Precision-Guided Missiles?