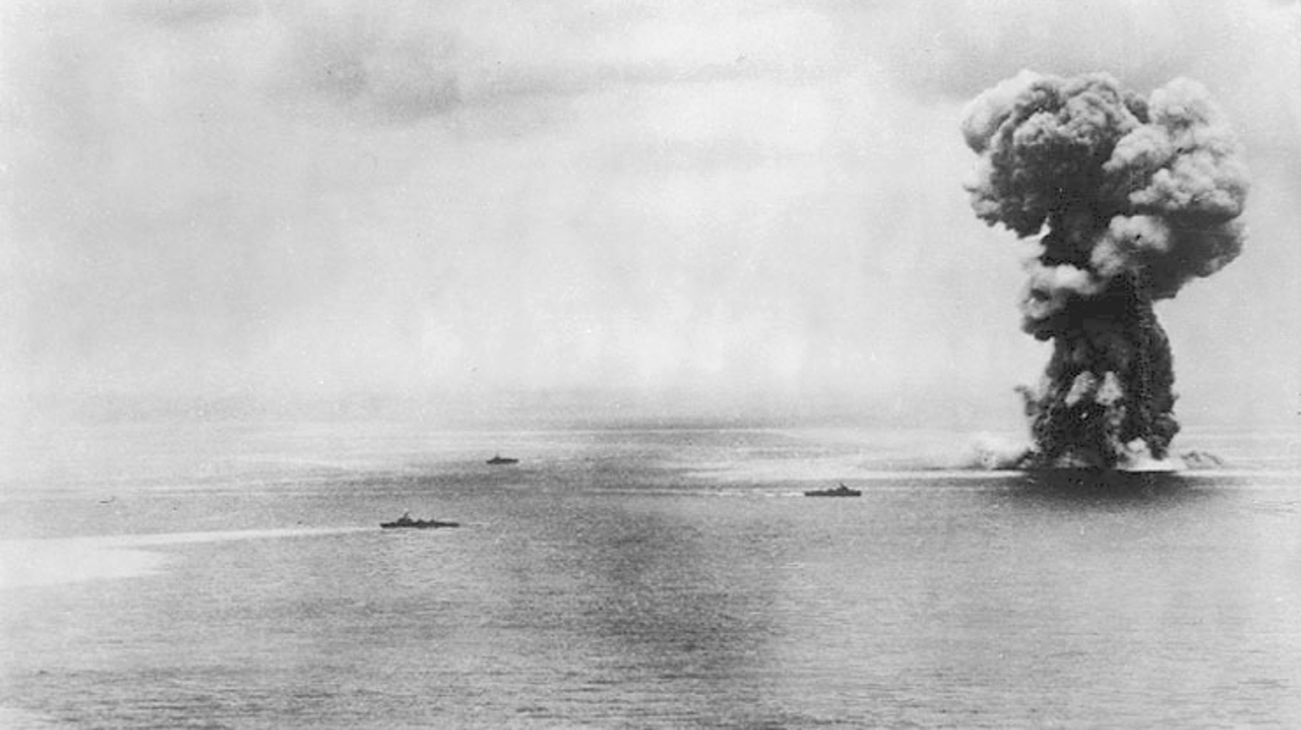 Key Point: It was a humiliating end for a battleship capable of twenty-seven knots, but the lack of fuel and other military resources made for truly desperate times.

In early 1945, the Imperial Japanese Navy made a difficult decision: it would sacrifice the largest, most powerful battleships ever built to protect Okinawa, the gateway to Japan’s Home Islands. The decision sealed the fate of the battleship Yamato and its crew, but ironically did nothing to actually protect the island from Allied invasion.

The battleship Yamato was among the largest and most powerful battleships of all time. Yamato has reached nearly mythical status, a perfect example of Japan’s fascination with doomed, futile heroics. Built in 1937 at the Kure Naval Arsenal near Hiroshima, it was constructed in secrecy to avoid alarming the United States. Japan had recently withdrawn from the Washington Naval Treaty, which limited battleship tonnages, and was free to build them as large as it wanted.

And what ships it built. 839 feet at the waterline and weighing seventy thousand tons fully loaded, Yamato was the largest ship of the war, eclipsed only by postwar American aircraft carriers. It and its sister, Musashi, were armed with nine eighteen-inch naval guns, mounted in turrets of three; six 155-millimeter secondary naval guns; twenty-four five-inch guns; 162 twenty-five-millimeter antiaircraft guns; and four 13.2-millimeter heavy machine guns.

All of this firepower was meant to sink enemy battleships—more than one at a time if necessary. The extremely large number of antiaircraft guns, added during a refit, were meant to keep the ship afloat in the face of American air power until it could close within striking range of enemy ships.

Unfortunately for Yamato and its crew, it was obsolete by the time it was launched in 1941. The ability of fast aircraft carriers to engage enemy ships at the range of their embarked dive and torpedo bombers meant a carrier could attack a battleship at ranges of two hundred miles or more, long before it entered the range of a battleship’s guns. Battleships were “out-sticked,” to use a modern term.

The United States Is Ready To Win the Landwars Of the Future With A New Super Missile Kris Osborn Security,...
Read More

Turkey's Air Force Is In Ruin, But Neither Russia Nor Iran Is To Blame Michael Peck Security, Ankara did this...
Read More

"To embrace the possibilities of tomorrow we must reject the perennial profits of doom and their warnings about the apocalypse....
Read More

China’s US trade war deal is ‘is good for the world’ and‘will not impact’ imports from other countries Vice-Premier Han...
Read More

The United Nations Security Council praised the commitment shown by world leaders to support a plan to restore peace in conflict-torn...
Read More