The Army’s Newest Sniper Can Accurately Kill From 600 Meters 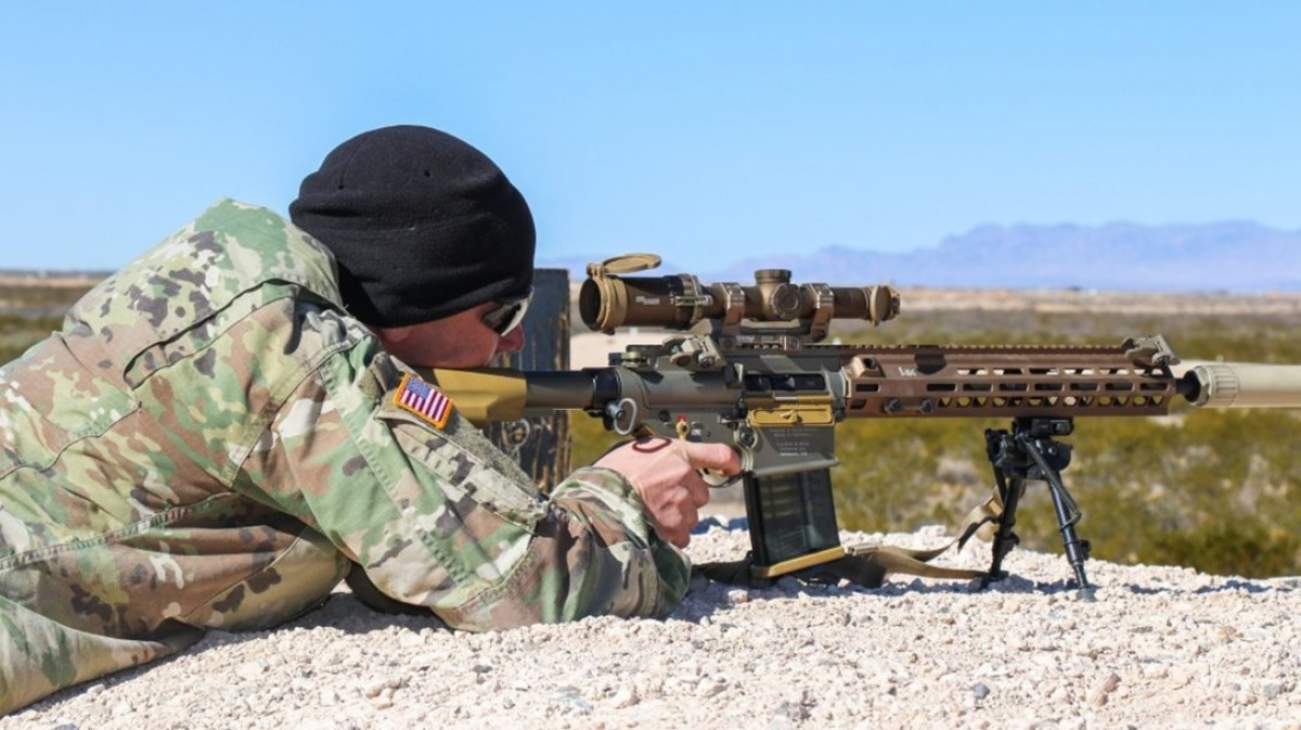 There is no escape.

Key point: The M110A1 will deliver for trained marksmen, resulting in a more lethal infantry squad than ever before.

The U.S. Army is preparing to issue thousands of new rifles to infantry squads across the service. The M110A1 Squad Designated Marksman Rifle (SDMR) is designed to extend the reach of infantry units largely equipped with short-barreled carbines. The SDMR will give one in nine infantrymen the ability to not only penetrate existing body armor but engage point targets at ranges of 600 meters (1968 feet).

The standard nine-person U.S. Army infantry squad consists of two fire teams led by a squad leader. Each fireteam consists of two riflemen with M4 carbines, one grenadier with an M4 carbine and grenade launcher, and an M249 squad automatic weapon. A squad can produce a tremendous amount of firepower, with the M4 effective out to 500 meters and the heavier, faster-firing M249 effective out to 1,000 meters.

The current organization has its drawbacks. While the M4 is accurate, it often lacks a magnified optic to make accurate shots at medium to long ranges, and the 5.56 round drops sharply after 400 meters. The M68 red dot sight is durable and “soldier proof,” but it lacks the ability to zoom in on, evaluate, and engage prospective targets at ranges greater than those feasible with the naked eye. The M249 fires at up to 850 rounds per minute but it is relatively inaccurate and meant to deliver suppressive fire against the enemy, keeping their heads down while the rest of the squad maneuvers against them.

Protect ya neck | Treat every invasion like it could be deadly

Protect ya neck | Treat every invasion like it could be deadly Be sure to visit https:www.EricDJuly.com for updates, news...
Read More

There is a TON of information in this video. In this segment I examine ALL the FACTS about what we...
Read More

What’s happening in Minneapolis? Reports from the ground | DW News

What's happening in Minneapolis? Reports from the ground | DW News Following days of unrest over the death of George...
Read More

We are fortunate at Amerika to be able to present the second installation of the exciting dystopia saga, Crosses &...
Read More

A man interviewed on camera during last night’s chaos in Minneapolis warned that rioters are planning on “coming to the...
Read More

Piano in the Cloud | VOA Connect

Piano in the Cloud | VOA Connect Marina Simpkins is teaching piano online. She talks about the challenges and some...
Read More

Food Truck Transforms Into Hand Sanitizer On Wheels & Other COVID Innovations As demand for their goods and services plummet...
Read More

COVID-19 vs. flu: Why should you stay home and stick to social distancing?